#NoWallsInTech: I faced war and discrimination in Iran. Now I’m working on world-class science in Canada. 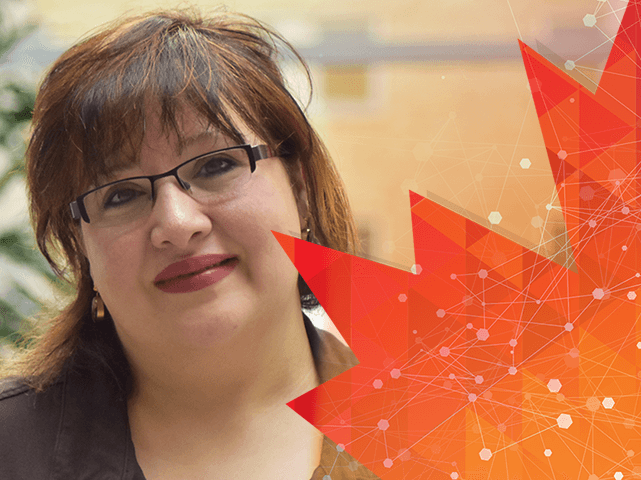 Ever since I was a child growing up in Iran, I dreamed about a land of peace and opportunity for men and women equally.

I lived through Iran’s revolution and eight years of the Iran-Iraq war. Although I was in Tehran, I could still smell the bloody war. We always heard about friends and neighbours we knew who were killed. At night, we were hearing the sound of bombs, and it is hard for me even now when I hear loud noises.

When I was 17, I experienced the worst night of my life. I had accompanied a family friend to a party celebrating someone who had come home from military service. After 10 minutes, the Komiteh (revolutionary committee) came in and took us to jail. They put 12 of us women in one small cell. It was so scary for me and I couldn’t close my eyes all night. My brave mother convinced them to let me out because I was under 18 and had not been drinking, but some of the others who had wine at the party were beaten.

I love my country, I love my people, but after that night I thought, I can’t live here anymore. I got serious about immigrating to Canada.

I wanted to come right away, but at the time you needed a good education and two years of work experience, so I got my M.Sc. in clinical virology from the University of Tehran and started working at the National Centre of Genetics.

I was 26 when I applied to immigrate to Canada. But while I was waiting, unfortunately 9/11 happened and everything was put on hold. The Canadian embassy shut down in Syria and my path was disrupted.

While I waited for the immigration process to resume, I decided to do my PhD at the University of Tehran. I was accepted, but when I went to register, they told me I did not meet their Islamic standards. I had never had any problem with my hijab or any political issues, so I wrote letters to several heads of the university to complain, and I even wrote to the court, but none of them gave me a reasonable answer for their refusal to admit me.

Thankfully, in 2008, my visa came through. My husband had to stay behind for business reasons, so my 5-year-old daughter and I came to Toronto alone. Moving here was partly for me and partly for her. I didn’t want my daughter to go through discrimination and war. She is 14 now, and I want her to be able to study whatever she wants and do whatever she wants.

After my daughter started first grade, I began volunteering for SGC. After three months, I was hired as a lab research technician. Now, I am involved in purifying hundreds of proteins and complexes that play a significant role in gene expression. These target proteins have been implicated in various types of cancer, and SGC publishes all research results with no restriction, so scientists around the world can use them in drug discovery.

At SGC, I work happily with all my fabulous, smart colleagues from all over the world.

It is true that immigration is hard — even harder when you’re a single mother — but it was my goal and I fought for it. Every day when I wake up, I am really happy I chose Canada and I’m honoured to be an Iranian-Canadian citizen who plays a small part in the world-class science that is happening at MaRS.