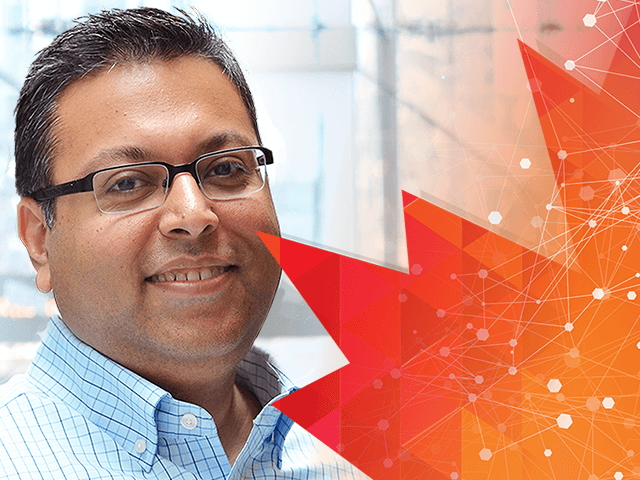 My family came to Canada as immigrants from Tanzania, East Africa.

Political turmoil in the region in the 1970s forced my family and others in the South Asian community to flee East Africa for a better life. At the time, the president of Uganda, Idi Amin, had ordered the expulsion of people of South Asian descent, and the rise of Indophobia in the region was spilling into Tanzania — a country where my family had spent three generations building a trading business.

My family lost all their property. Moving from the tropics of Africa to settle in Edmonton, Alberta, they were forced to start over again with very little. This is where I grew up and first experienced real winters, the Northern Lights and, of course, hockey. This is where I established my Canadian roots.

The opportunities that I’ve since been given as a new Canadian have gone beyond my wildest dreams. With a strong education and a fortuitous career in technology, I have had the opportunity to travel the world, experience new cultures, build new businesses — and represent Canada.

I originally started my career by co-founding Mobshop, an ecommerce startup that raised $50 million during the dotcom boom. After that amazing experience, I moved back to Toronto thinking that I would just catch my breath before heading back to Silicon Valley to start another business. However, I received an opportunity to join a VC fund and learn the skills of being a venture investor.

At Brightspark Ventures, I was able to help entrepreneurs make big breakthroughs. We were the original seed investor in the startup Radian6 when it was just at the concept stage. We helped them scale and grow the business from New Brunswick until they were sold to Salesforce in a $320 million deal. It’s now the core of Salesforce’s Marketing Cloud group.

Now as the EVP Ventures at MaRS, I am proud to be a champion for the entrepreneurs here. We have some great Canadian success stories, and are building an innovation platform to take Canada global.

Diversity is key to innovation. I see it every day with the industries we are working with and the people who bring different perspectives to the problems we are trying to solve. At MaRS we constantly meet new immigrants to Canada. They are comfortable with entrepreneurship, skilled in technology and eager to jump into the world of startups. Helping them to achieve their goals is a rewarding experience. Entrepreneurs like Gimmy Chu of Nanoleaf, Niranjan Mayya of RANK Software and Ivan Tsarynny of PostBeyond are great inspirations.

I hope that my greatest impact to Canada is still ahead.