#NoWallsInTech: My journey from Iran to Autodesk Research 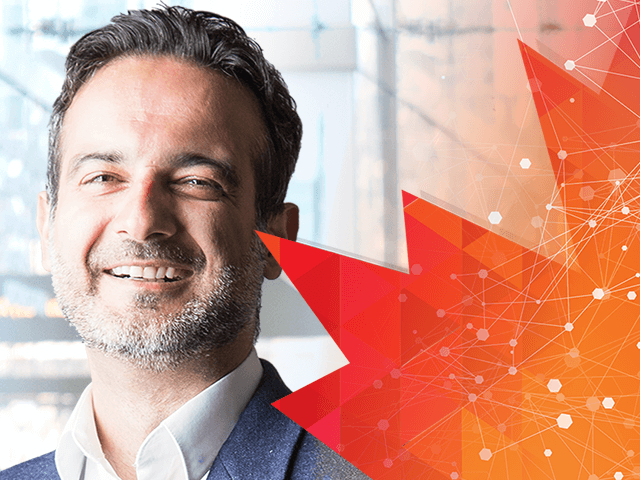 As of next year, I’ll have lived half of my life in Canada and the other half in Iran. And so my joke is that next year I can eligibly call myself Iranian-Canadian.

Growing up in Iran, there was a lot of instability. I saw war — rockets coming off of planes and falling into the city. Such an exposure at age seven or eight shapes your reality very differently. Eventually the war with Iraq outside our borders was followed by the postwar era of severe socio-political conflicts and systematic harassment by so called “morality police” that defined our daily experience on the streets and in the institutions. I don’t often talk about it, especially around my colleagues and professional network. The reality of my past experience is so far removed from what we experience here in Canada that it could actually create moments of uncomfortable social encounters. But it was a very challenging environment.

I was 21 when we left Iran. Like most immigrant parents, my parents wanted to provide better opportunities for me and my two siblings, so they applied to immigrate to Canada. The process took about two years when I was still at university in Tehran. The challenge was that when you leave in the middle of school, you don’t get to bring any transcripts with you. So I basically came empty-handed to Canada.

The first six months, I locked myself up in the Vancouver library studying English so I could pass the TOEFL (English-language test) and started applying to universities. I got lucky because out of all the schools I applied to, the director of the architecture school at Carleton University in Ottawa called me directly and said, ‘I’ve had so many good Iranian students over the years, I believe you can also be great too,’ and he gave me acceptance over a phone call. Moreover, I was truly lucky to have some great mentors at Carleton who played a lasting role in my journey.

I think as you age, you start to see the world through the eyes of your parents. Over the last few years, I’ve become more and more admiring of my parents for their courage, resilience and openness to making Canada our home. When you emigrate, it’s not just changing neighbourhoods, it’s actually a very ambiguous path to unknown. I look at my own generation now and how hard it is to make some of the smaller decisions in life and I think, look at what our parents did 20 years ago.

I’m head of design and social impact at Autodesk Research. I wear a couple of different hats — I have the role of a researcher and innovator who participates in advancing the state of technology, but I also lead a lot of our strategic partnerships and look for opportunities outside our own walls.

Autodesk’s mission is to create software that helps people imagine, design and create a better world, and that is a very enduring, long-lasting vision for a company to have. Our users are some of the most creative people in the world, in movies, architecture and manufacturing, and that pushes us to challenge ourselves and always look at what’s next. It’s rarely a dull moment.

I also hold a research professorship at Carleton University as I hope to make a positive contribution the same way I benefited from my mentors during my own education.