#NoWallsInTech: I left Mexico to build a startup in Canada that helps people with disabilities 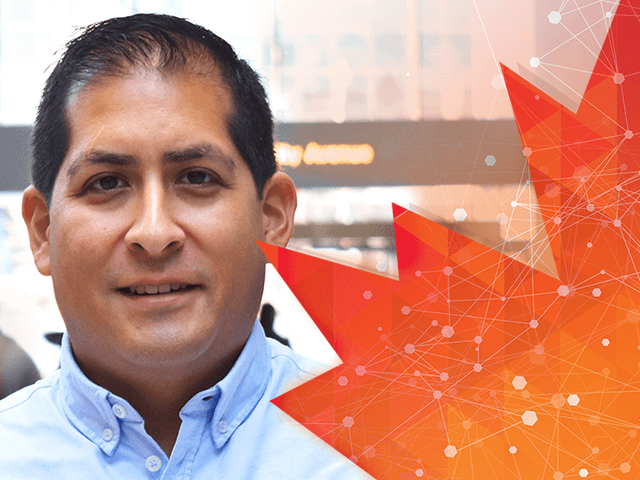 I’m originally from Puebla, the fourth-largest city in Mexico. In high school, I was interested in pursuing either medicine or engineering as a career, but my dad is a doctor, and he told me not to follow in his footsteps.

In Mexico, the medical system is not as supportive as it used to be. If you work for a state hospital, there is a lack of resources — not enough medicine or supplies to do surgery, so it is challenging. I did some research into biomedical engineering, I found it was in between the two areas I was interested in, so I moved to Mexico City to study biomedical engineering.

I chose Canada because there is a culture of independence for people with disabilities and it’s very different from the attitude in Mexico. There is no focus on assistive technology in Mexico and I chose Toronto Rehab because I thought that might be the only chance I have to work in that area.

After my placement, I went back to Mexico to graduate and Toronto Rehab asked me, ‘Do you want to come back and work here?’ So that’s how I came back. Because of NAFTA, if you had a job offer in your field from a Canadian company, you could get a work permit fairly easily. After a few years, I knew I wanted to stay, so I applied for residency and later became a citizen.

My parents were happy with the career I chose. Because of the different things that are happening in Mexico, like economic crisis and increased violence, I think they are happy I am here, getting opportunities I wouldn’t have in Mexico. The medical system is more stable in Canada; people don’t die for not having access to healthcare. So it’s a big difference.

I do miss family and friends because I don’t have a close network of family here in Canada, but I have found it very welcoming in Toronto.

In 2010, I co-founded Komodo OpenLab with Jorge Silva, who is also from Mexico. We develop technology for people with disabilities. We make a product called Tecla that enables people with limited mobility — like spinal cord injuries, cerebral palsy, ALS — to control smartphones, tablets and other devices. We have about 3,000 users in 22 countries and we are developing a new product that will launch in May, which is very exciting.

We started the company because we both came to the same conclusion that mobile devices are really important for people with disabilities to become more independent. Having the ability to make phone calls, send text messages, have access to e-books, that’s going to change the lives of a lot of people.

It would have been more challenging to launch our business in Mexico, specifically when it comes to accessibility. Here, we are in a very supportive environment and that has definitely helped us, particularly because we are a company working in a very niche market. Because of the support we’ve received, we can be sustainable and grow.