#NoWallsInTech: I left a war-torn country, and now I’m working on an open approach to drug discovery 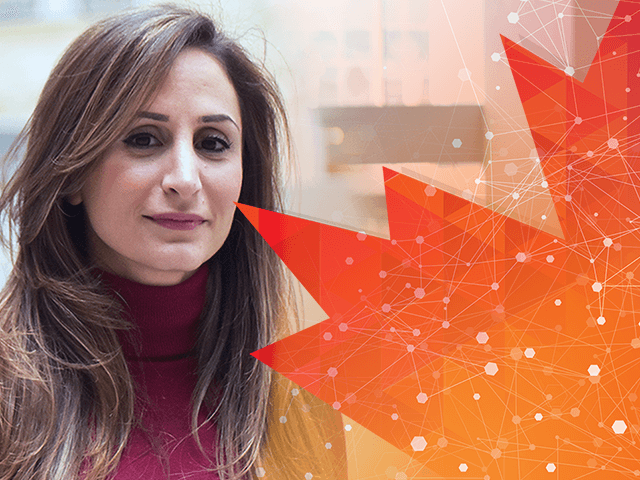 I was born in Kuwait to Syrian parents — the eldest of three children.

My parents had left Syria for economic reasons — it seemed impossible to make a decent living there due to bureaucracy and corruption. But living in Kuwait also turned out to be difficult.

We were living in Kuwait when the Gulf War started. As a child seeing the war unfold, I was confused; I didn’t understand why Iraq would attack.

There was a curfew enforced and a lot of gunfire at night. To help us cope with what was going on, my father would take us out during the day to collect fallen bullets, turning it into a game. He even took us to an Iraqi tank and knocked so the soldier would come out. My dad said to the soldier, ‘My kids are afraid of you guys — can you come down and talk to them?’

We eventually left to return to Syria, and tried to rebuild our future. When the Gulf War ended and the dust and soot settled (literally), we moved back to Kuwait, but even then, there were constant threats of bombing and chemical weapon attacks. The region seemed destined to stay politically and economically unstable.

I was 17 when we came to Canada. My parents were very firm that I get a world-class education. They said, ‘You can go to whatever university you want, you can pick the city and we are all moving with you.’ I picked the University of Toronto because of the diversity of courses offered, and I was fortunate that they gave me two entrance scholarships.

My parents both had university degrees and my dad was an engineer who ran companies in Kuwait. When we moved to Canada, he worked the day shift in a factory and the night shift at a 7/11. My mother worked as a cashier. But they were able to pay the bills and, like many immigrants, they did it in pursuit of a future for us, their children. I owe everything that I have here in Canada to my parents.

I completed a PhD in neuroendocrinology while at U of T, researching a peptide that I found could rewire the brain following stress, and could have implications for treating mood and mental illnesses. At least one company is pursuing this peptide as a therapeutic today.

Now at SGC, I’m part of a team of dedicated scientists focused on employing a fully collaborative and open approach to drug discovery. The objective is to speed up the discovery process by sharing our results openly with the whole world.

My role is to support the research by securing funding, communicating with the public and engaging with partners, be it government, companies or other academic researchers, who are similarly dedicated to finding cures for diseases like cancer.

It’s a very exciting time for Canada, because we are leading this open innovation movement. Being a part of it all is rewarding beyond description.