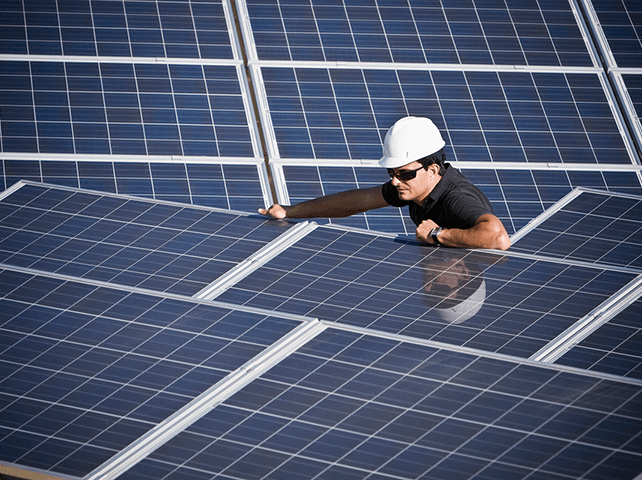 Note: This post originally appeared in The Globe and Mail.

The ink is barely dry on Canada’s new national climate change strategy but critics are already trying to bury it under a mound of half-truths about clean energy.

The plan contains measures that will help Canada hit its obligations under the Paris Agreement, such as introducing carbon pricing, phasing out coal-burning power stations and boosting support for clean-energy technologies.

These modest and sensible steps have been seized on by critics keen to air increasingly dated arguments that clean energy is a luxury Canada cannot afford.

Gwyn Morgan, a former energy company CEO, called the plan’s carbon pricing proposals “economic suicide.” Other writers have sought to place blame for rising hydro bills exclusively on renewables when, in fact, much of these costs cover nuclear and natural gas generation and long-overdue infrastructure upgrades.

Arguments like these are constructed from selective data and blindness to the historic shifts that are under way in the energy market. The simple reality is this: We’ve reached a tipping point for renewable energy. It’s no longer fervent environmentalism driving the transition to clean energy – it’s economics.

Over the past decade, the cost of renewable electricity has tumbled. The U.S. Department of Energy puts the drop at 64 per cent for utility-scale solar power and 41 per cent for land-based wind since 2008. At these levels renewables are competitive with coal and natural gas, and they will get even cheaper.

Markets and governments are reacting to these new financial realities with large investments in renewable electricity, especially in Asia. China, already the world’s largest producer of solar power, has announced plans to invest 1.7 trillion yuan ($324-billion) in wind and solar projects over the next five years. India’s government expects that 57 per cent of its electricity generating capacity will come from non-fossil-fuel sources within 10 years.

In addition, advances in energy storage are making an electricity grid powered entirely by renewables a genuine possibility for the first time.

Skeptics of renewables have frequently claimed that wind and solar will never fully replace fossil fuels because their output is too variable – conventional power stations will still be needed for days when the sun doesn’t shine and the wind doesn’t blow. That argument is now crumbling. Game-changing technologies are becoming available that make it possible to efficiently and affordably store renewable energy, smoothing out the peaks and troughs of supply.

One system is currently being tested beneath the waters of Lake Ontario by Hydrostor, a Toronto-based clean technology company. It uses underwater inflatables that are expanded with compressed air during times of energy oversupply and released to turn electricity-generating turbines during peak demand. It is a low-cost way to store large amounts of renewable energy.

At the consumer level, products such as Tesla’s Powerwall battery can be installed in homes or offices to store solar power generated in the day and discharge it at night. MPOWER Energy Solutions will shortly start delivering the system in Canada.

No doubt, challenges remain. Globally, roughly 20 per cent of electricity demand is supplied by renewable sources. When hydroelectricity is excluded, this figure falls to 4 per cent. Renewables form an even smaller part of the energy used for heating and transportation.

The scale of these challenges only underlines the scale of the opportunity. The next decades will be a period of transition as technologies to generate and store renewable energy gradually replace trillions of dollars of existing fossil-fuel infrastructure. According to the International Energy Agency, already half a million solar panels are installed around the world each day and, in China, two wind turbines go up every hour.

The rising global demand for renewables represents an opportunity for Canada to become a leading provider of clean technology. Our clean-technology sector is already generating exports and creating well-paid jobs while cutting greenhouse-gas emissions. Investments now being made in clean technology innovation, coupled with a road map for pricing carbon, position us to take a greater slice of this rapidly growing global market.

It is vital that we continue to support creation and adoption of new clean technologies in Canada, or we risk losing our competitive edge to countries that are fully committed to a low-carbon economy.

The rush for renewables is happening – and it will continue with or without us. In the long term, failure to embrace this transition really would be economic suicide.