Oil is on its way out. But electric batteries can also be dirty and dangerous 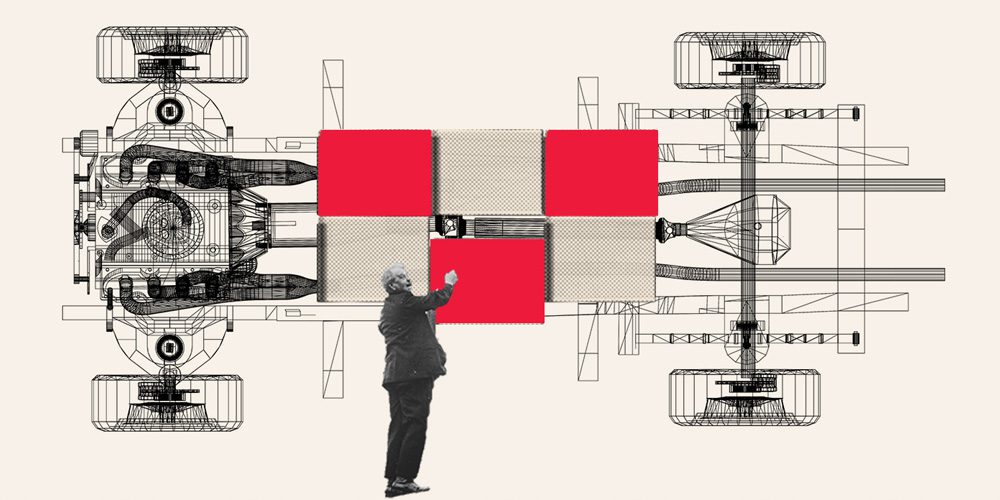 The good news: A small army of Canadian cleantech companies is developing innovations that are good for both the planet and supply chains.

The sharp uptick in electric vehicle sales in the past two years holds both promise and peril for clean energy. Promise, because it shows that the days of the combustion engine truly are numbered. But peril, because spiking demand for the lithium and cobalt used in their batteries poses a new type of uncertainty: unreliable global supply lines.

From the oil crisis in the 1970s to Iraq’s invasion of Kuwait in 1991 and now Western Europe’s dependence on Russian natural-gas pipelines, the politics of energy security has stoked climate change, wars, regional instability and the rise of corrupt petro-states. Politically unstable or repressive countries are now locking up both mining and processing capacity for rare minerals. That raises the grim prospect of replacing the geopolitics of oil with the geopolitics of lithium.

“China has used access to resources as a weapon,” observes Ron MacDonald, CEO of Zinc8 Energy Solutions, a 50-person Vancouver firm commercializing a so-called “zinc-air” energy storage system. “There is a lot of worry about security of supply.”

E.V.s aren’t the only new source of demand for lithium. In a few years, much of our world could depend on batteries. They will play an important role in greening electricity grids by storing energy for use when conditions aren’t right to generate wind or solar power. Data centres need them as emergency backups. And emerging ideas like electric-powered cargo vessels can’t happen without them.

But the current scramble for lithium is revealing that these plans rest on shaky foundations. Now, a small but growing coterie of clean-technology ventures are stepping up with technologies that could ease the shortage — or lead to entirely new kinds of batteries.

Lithium is used in consumer electronics and E.V.s because it is energy dense and can pack a lot of power into small spaces. Yet lithium-ion batteries may have worked too well. “Lithium-ion is a victim of its own success,” says Ryan Brown, co-founder and CEO of Halifax-based Salient Energy, another zinc-based energy storage firm. He points to soaring lithium prices, which have risen 600 percent in the past year, as an indicator that the supply of raw materials needed for batteries is not keeping up with demand. “Our goal,” he says, “is to fix that.”

Zinc and iron are two common metals that hold promise for building larger-format batteries that don’t rely on lithium. In the past few years, they have been the focus of intensive research and investment, especially for applications such as energy storage for buildings or power grids, where compact battery size is less important than in E.V.s. “In 2019, if you said you were going to replace lithium, you would have been perceived as crazy,” says Brown, who describes the new interest as a 180-degree pivot in expectations.

The appeal of these metals lies in their abundance. As James Larsen, CEO of Toronto-based energy storage company e-Zinc, explains, zinc is readily available, easily recycled and can also be extracted from sources such as copper mine tailings. “No one controls the supply of it,” he says.

Companies in the zinc energy storage sector have been churning out patents based on electro-chemical solutions to a long-standing problem — that zinc-based batteries, when re-charged, tend to become clotted with scales that produce short circuits. Salient is leveraging research from the University of Waterloo that, it claims, addresses the technical impediments to using zinc, enabling its batteries to be re-charged thousands of times.

Iron, which costs a tenth of lithium’s price tag, is another potential alternative. These batteries involve what is best described as reverse rusting. Iron breaks down into rust when exposed to air. But if electrical current is passed through iron oxide, the process runs backwards, with the power stored for future use.

Two large global players have been working on iron batteries. One is a Boston-based, Jeff Bezos-backed venture called Form Energy, which claims it has developed an iron-based device for storing electricity for up to 150 hours. The company is building a 300-megawatt pilot facility in Minnesota, which will open next year. It consists of thousands of dishwasher-sized modules that contain electrolytes and stacks of batteries built with iron and air electrodes. The facility, on a large rural site, will be connected to local renewable sources.

The other big player is ESS, a publicly traded Oregon firm founded in 2011, which has an iron-based technology that can store power in stationary battery modules for up to 12 hours. Like its competitors, the firm touts the fact that its raw materials are cheaper and more readily accessible than lithium.

The market is being fuelled by billions in public investment in decarbonized grids that are robust enough to handle the transition from fossil fuels to renewable electricity. That shift can’t happen without massive investments in large-scale energy storage facilities.

In California, where drought-induced forest fires have wreaked havoc on the state’s electricity system, planners are looking closely at new energy solutions. Two years ago, the state’s energy commission launched a program to increase industrial-scale electricity storage — basically, shipping-container-sized batteries — that can hold power produced by renewables for several hours or even days at a time. By 2026, it wants utilities to have installed one gigawatt of storage, equivalent to about 360 large wind turbines.

e-Zinc is one of five global cleantech firms selected by the California Energy Commission to provide pilot solutions that will eventually be scaled up across the state.

Brown, from Salient Energy, says California’s “very aggressive” push to get solar panels on residential roof tops has also created demand for storage so homeowners can use clean energy around the clock. “This is the hottest market in North America for [stationary] batteries,” he says, citing industry predictions that the residential storage sector will be worth $1 billion a year by 2025. Commercial and office buildings are other potential markets for stationary batteries. Property managers are installing these systems to limit their exposure to rate hikes by storing electricity during off-peak periods and drawing it down when prices are high.

While iron and zinc batteries show promise, they are still at relatively early stages of development. It will take several years at least before they become realistic alternatives to lithium in stationary batteries. So, there is a need to find ways to stretch supplies of that mineral further.

One potential solution is to extend the life of existing batteries. Lithium-ion battery performance tends to degrade over time, and they are also known to catch fire. Automakers like General Motors and Hyundai have made recalls in response to fires in their E.V.s’ lithium-ion batteries. One potential culprit involves excessive fast charging. That process wears down E.V. batteries and may make them more susceptible to igniting, says Kostyantyn Khomutov, CEO of GBatteries, a 26-person Ottawa startup that has created a rapid charging technology that doesn’t stress the battery and uses less electricity.

GBatteries’ system uses artificial intelligence to pace the recharging process by injecting batteries with pulses of electricity rather than a steady stream. That prevents the battery’s internal temperature from rising excessively, thereby limiting damage and extending its lifespan.

Li-Cycle, a Toronto firm, has also emerged as an early front-runner and is now one of North America’s largest lithium-battery recycling companies. After operating a successful pilot in Kingston, Ont., it is now building out a $500-million network of plants in the U.S. that can shred and reprocess the valuable metals — also including cobalt and nickel — found in both E.V. and consumer electronics batteries. Underscoring the fact that demand for lithium is expected to be tight for the foreseeable future, the firm has partnered with GM and LG’s battery divisions. LG Energy Solution, one of Li-Cycle’s backers, is a partner in a newly announced $4.9-billion E.V. battery plant in Windsor, Ont. As Li-Cycle CEO and founder Ajay Kochhar puts it: “[The automakers] have quickly figured out that you need to make sure you have the lithium, nickel and cobalt. If you don’t have the access, then you can forget about any production targets.”

Delivering the goods: How Canadian companies are reducing carbon emissions in shipping