Power move: dismantling the barriers to climate solutions — together 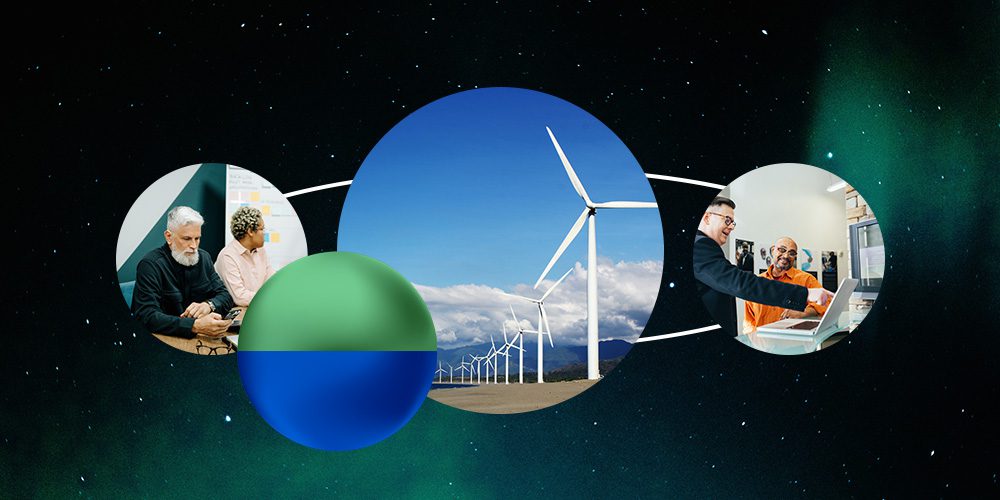 In Canada, there’s no shortage of cleantech ventures with innovations that could help companies and countries achieve their net-zero goals. There are, however, almost as many barriers to success: technologies that cost millions to develop and take years to scale, labour shortages, regulatory and market hurdles.

All too often, startups get stuck in “pilot purgatory,” where innovations go from pilot project to pilot project, says Tyler Hamilton, the cleantech lead at MaRS. To help change that reality, the Mission from MaRS: Climate Impact Challenge initiative set up special coalitions for 10 cleantech companies identified as having scalable innovations with the potential of mitigating megatons of greenhouse gas (GHG) emissions by 2040.

“One-on-one advisory is good,” says Hamilton, who led the recruitment for each coalition. “But when you get that kind of group dynamic and they bounce ideas off each other, you start to get insights that might not otherwise have happened.”

The ventures and coalition members worked to solidify the value proposition, refine the potential target markets and develop communication assets — and in the process they established strong relationships. “Climate change cannot be solved by individual companies,” says Norio Matsunaga, who is the senior vice president of Mitsubishi Corporation (Americas) and a member of the coalition for Extract Energy. “We need to collaborate. We need to combat climate change with a consolidated effort.”

Building a community of support

At the start of each coalition, the venture identified the issues it faces in getting traction in the marketplace. For instance, Extract Energy, a venture that is developing a heat engine to convert waste heat into electricity, was keen to learn how it could best integrate its technology into large industries; Carbon Engineering was looking for ways to mobilize the market for carbon removal; and Flash Forest was hoping to legitimize its tech-based approach to reforestation.

Hamilton was able to recruit experts — suppliers, manufacturing partners, investors, regulators, policymakers and potential customers — to the coalitions with the promise that they’d also learn about the challenges of achieving net-zero goals. “They are going to need innovation, but many don’t have a history or knowledge of working with small companies,” he says. “This was an opportunity to learn so they can better engage with those earlier-stage players when they are ready to move forward.”

“The whole purpose was that our ventures would be in a better position to refine how they approach the marketplace,” Hamilton explains, “so that they’re anticipating and addressing some of those perceived risks.”

Zeroing in the toughest challenges

The coalition allowed the ventures to tackle issues head-on. With Extract Energy, for instance, the members talked about how the company could scale its heat engine. Mitsubishi’s Matsunaga sees a lot of potential in the technology. “If you can harvest power from waste energy, you can change the world,” says Matsunaga, pointing to the fact that more than 60 percent of the energy produced on Earth is lost in the form of heat. “That concept resonates with me, and that is exactly what Extract Energy is doing.”

Mitsubishi Corporation’s clients and affiliate companies, however, would need heat engines on a much bigger scale, “which is essentially where we’re trying to get to,” says Ibraheem Khan, cofounder and CEO of Extract Energy. Understanding what corporations need will help Khan as he develops the technology, “so that we can make our system as compatible with their existing processes as possible.”

Another Extract Energy coalition member, Bruce Johnson, executive vice president of innovation development at Martinrea International Inc., was interested in how companies could gauge whether they have a consistent source of waste heat to take advantage of Extract Energy’s technology. Khan visited Martinrea’s automotive plants to understand how much heat they were wasting, where it was coalescing and how Extract Energy’s system could integrate in spaces that have very little square footage to spare.

“We were getting valuable insight into how our systems should be designed to integrate easily into existing processes,” says Khan. “At the same time, the financial people in our coalition were giving us real-time information on the value proposition and where our technology would be most valuable.”

Khan and his team quickly applied those insights — since the beginning of the coalition, Extract has built a system that is 10 times larger than its pilot system.

“MaRS builds a community,” he adds. “And that is a really powerful thing for a company like ours.”

Refining the approach to market

For Squamish, B.C.–based Carbon Engineering, whose direct air capture technology permanently removes carbon dioxide from the atmosphere, the biggest challenges were educating customers and creating a market. While carbon removal technologies are already being factored into climate projections, it’s still an emerging technology.

“One of the things we identified was that more education is needed — in some cases at the sustainability team level but also at the finance and C suite level — to get a better understanding of how carbon dioxide removal is required to get to net zero if an organization has residual or hard-to-abate emissions,” says Cole Caswell, business analyst at Carbon Engineering. “We zeroed in on how to educate the market but, in a way, it was an education for us because it opened the curtain into how their organizations might be thinking.”

Flash Forest’s coalition experience shows just how powerful bringing different voices together can be. The Toronto-based reforestation company uses drones to regenerate ecosystems more quickly and economically than traditional tree planting. But its technology — the company’s drones embed seed pods — disqualified them from bidding on contracts through the Canadian government’s 2 Billion Trees Program. (The program had stipulated that only seedlings counted toward the goal.)

“We intentionally engaged the head of that program so the department could learn what Flash Forest does, what their success rates are, how it’s quite an effective approach — and it doesn’t have to be competitive with conventional approaches,” Hamilton explains. Last month, Flash Forest secured a $1.3-million contract from the federal government to plant a million trees over the next two years.

So, it’s a win-win. Flash Forest gets the business, and the Canadian government supports a domestic innovation. “At the same time,” Hamilton adds, “they’re showing leadership by trying new approaches to achieve these ambitious goals and setting an example for other countries as well.”

In its next phase, Mission from MaRS is focusing on a common barrier to growth: public procurement. “Governments can play a huge role in helping grow the sector and create companies that have global export potential,” says Hamilton.

It was a common theme that emerged from the participating ventures. With support from Canada, the companies said, they could enter new markets with proven track records. Hamilton says the five-year plan is to build a marketplace for Canadian climate solutions that would be specifically geared to those at the municipal, provincial and federal-level procurement to help governments reach their net zero targets.

For Caswell, the benefit of this kind of targeted approach is clear. Participating in the first phase of Mission from MaRS gave him the opportunity to look at Carbon Engineering from a new vantage point. “And when we’re looking at it with different perspectives or asking questions differently, that’s just going to make our understanding more thorough,” he says. “That’s something we’re very thankful for.”

Learn how Mission from MaRS: Net Zero is working to break down common barriers to the wide-scale adoption of climate technologies.