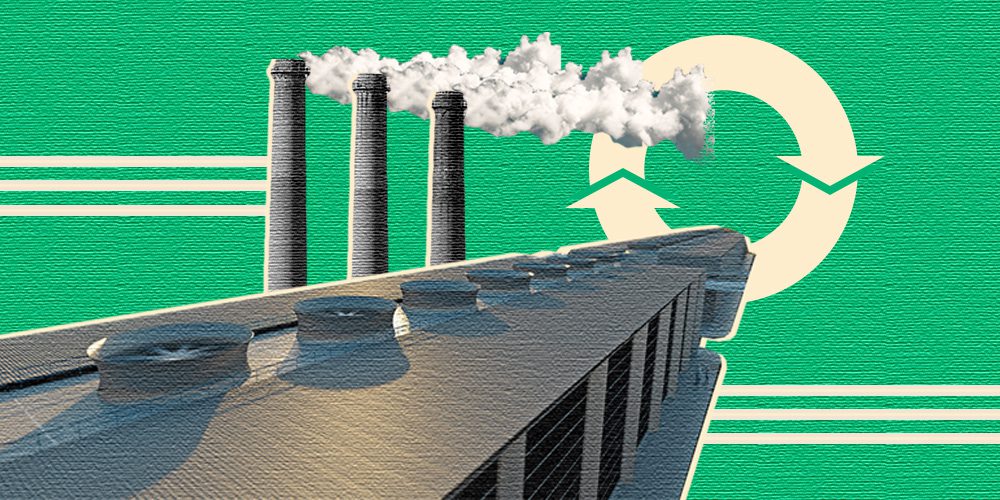 Even if we stopped producing GHGs today, the planet would continue to warm for decades. Squamish’s Carbon Engineering has developed a faster and cheaper solution.

Picture your bathtub filling with water. If you don’t turn off the tap, the water will overflow and damage your home.

Now, imagine the tub is the atmosphere and the water is carbon dioxide. If we continue emitting CO2 at current levels, we will wreck the planet. The first thing we need to do is turn down the tap by reducing emissions, but we can’t completely shut it off today — even if we were to immediately stop all emissions, temperatures would continue to rise for decades. To avoid the worst impacts of climate change, such as increasingly severe wildfires, heatwaves and floods, we also need to pull the plug to drain billions of tonnes of carbon out of the atmosphere.

“Our mission is to be the plug,” says Steve Oldham, CEO of Carbon Engineering.

The venture, based in Squamish, B.C., is one of the forerunners of a technology called direct air capture (DAC), which literally sucks CO2 out of the atmosphere and either puts it back underground or uses it to make low-carbon products such as synthetic fuels. It’s focused on addressing emissions from the hardest sectors to decarbonize — particularly transportation — as well as cleaning up emissions from the past. “The CO2 we capture could be the carbon footprint from the flight you took to Hawaii last year, or the drive to hockey practice with your kids,” Oldham says.

Carbon Engineering is part of the burgeoning carbon capture, utilization and storage (CCUS) industry. While CCUS facilities have been operating since the 1970s, interest and investment have surged over the past three years, after the Intergovernmental Panel on Climate Change (IPCC) outlined that reducing emissions would not be enough to limit global warming to 1.5 C and that carbon removal will also need to play a crucial role.

As of December 2020, there were 26 large-scale carbon capture and storage facilities in operation worldwide, and 37 at various stages of development, according to the Global CCS Institute. These facilities are already capturing 40 million tonnes of CO2 per year. But that’s not nearly enough. To meet the targets laid out by the IPCC, production will have to increase by at least 100-fold by 2050.

Carbon Engineering has ambitious plans to set up plants around the world. Each of these facilities will be able to capture one million tonnes of carbon a year, which is roughly equivalent to the work of 40 million trees or taking 200,000 passenger vehicles off the road for a year. And the market appears to be ready, with the carbon capture and storage industry expected to grow by about 13 percent annually and reach U.S.$9.99 billion by 2027.

The question now: can CCUS companies scale fast enough to meet these ambitious targets and help stave off climate change?

After years of research, development and prototyping, Harvard professor David Keith founded Carbon Engineering in Calgary in 2009 to take the concept of direct air capture into the real world. In 2015, Carbon Engineering established a pilot plant in Squamish and started capturing CO2 from the air; by 2017 the company had started turning some of that carbon into fuels. (It’s able to create a synthetic crude that burns cleaner than fossil fuels by combining atmospheric carbon with hydrogen that’s made by splitting water with clean electricity.) Proof of concept complete, Carbon Engineering is now commercializing its technologies.

The DAC process builds on the relatively simple idea of using giant fans to pull in and clean the air. From there it gets more high-tech: air is drawn into a large structure called an air contractor, where CO2 molecules are captured. Then, through a series of processes, the molecules are turned into pure, compressed CO2 that can be stored or used while the rest of the air is returned to the environment with three-quarters less carbon. The plant can run on renewable electricity, natural gas or a combination of both. (When natural gas is used, the carbon dioxide from the combustion is captured, ensuring no new emissions are created.)

The company has set big targets for growth. Construction is slated to start on its first large-scale DAC facility next year in the Southwest United States. Plans are also underway on a second DAC facility planned for Scotland, and a DAC and fuel facility in Merritt, B.C. Meanwhile, Carbon Engineering and partners, including British Airways, are exploring the feasibility of establishing another fuel facility in the U.K. by the end of the decade.

“These plants would be a game changer for our industry,” British Airways chairman and CEO Sean Doyle said in a statement.

Where DAC can play a large role is in helping organizations meet their net-zero pledges (something nearly 20 percent of the world’s largest public companies now have). Carbon Engineering plans to help them in three ways: by removing CO2 from the atmosphere on their behalf; by providing low-carbon fuels for airplane, truck, shipping and car fleets; and by delivering atmospheric carbon dioxide to companies that already use CO2 in their industrial processes or to make products such as concrete or fertilizers.

“By using CO2 that you pulled out of the atmosphere in the first place, those products become net-zero products. We remove that carbon footprint in advance,” Oldham says.

Government policy plays a huge role in kick-starting these markets by putting a price on carbon, legislating net-zero targets and allowing companies to buy carbon credits to offset emissions that are difficult or uneconomical to eliminate. Governments can also help foster the development of these technologies through grants and tax credits, such as B.C.’s $2-million investment in the Merritt facility and the United States’ 45Q tax credit.

Carbon capture is not without its critics, however. Many scientists and policymakers have decried DAC as too costly to be effective, and many environmental groups are concerned it delays the transition away from fossil fuels. Yet peer-reviewed research led by Keith and published in the scientific journal Joule in 2018 found that it can be done for less than U.S.$100 per tonne. (To put that in perspective, Canada’s minimum national price on carbon pollution is currently $40 per tonne and will progressively increase to $170 per tonne by 2030.)

Chris Severson-Baker, Alberta regional director at the Pembina Institute, a non-profit think tank focused on Canada’s clean energy transition, says his organization supports CCUS and thinks a significantly sized industry in Canada is necessary to achieve carbon neutrality by 2050. In fact, the institute has been advocating for a 50 percent investment tax credit for CCUS projects in Canada, as well as incentives for DAC. “We want to see more policies that support the implementation of CCUS, but we don’t want to go overboard because we also need to scale up investment in the decarbonization of buildings, electricity and transportation,” Severson-Baker says.

Oldham says CCUS should be developed in tandem with other technologies such as electric vehicles, renewable electricity and sustainable fuels. “We’re not a magic bullet,” he says. “We’re part of the solution.”

Some companies are already buying into the technology to help them meet their net-zero targets. Shopify is one of them. This year, the global commerce giant reserved 10,000 tonnes of carbon removal — the largest corporate purchase of DAC carbon removal ever publicly announced — which will be done at Carbon Engineering’s U.S. facility when it opens.

“We’re on a mission to be a 100-year company and we need to address climate change in order for our business to thrive in the long term,” says Stacy Kauk, director of Shopify’s sustainability fund. “We believe that this technology is part of the solution and we believe in it so much that we’re willing to be the first customer.”

Shopify hopes to help Carbon Engineering scale and commercialize its technologies through its investment, with an eye to driving down the cost of carbon removal so companies with smaller budgets can access it, too. It’s also working with Carbon Engineering to select and support companies to develop long-term storage solutions for the CO2.

Canada also has a huge economic opportunity because it has the ideal geology to put carbon back underground — the same porous and permeable rock formations that form good oil and gas reservoirs — and could export carbon credits to countries that don’t, Oldham says. “You end up with a global market in carbon in the same way that we have a global market in oil today,” he says.

Carbon Engineering envisions a future with a network of DAC and fuel plants — first in Canada, the United States and Europe, and eventually around the world — creating an air-treatment infrastructure much like we have with water treatment and ensuring we get to net zero by 2050.

“We think what we’re doing can make a significant impact in the fight against climate change,” Oldham says, “so that’s just an enormous motivator.”

Carbon Engineering is one of 10 companies in Mission from MaRS, a special initiative that’s working to tackle the global climate crisis by accelerating the adoption of new solutions.