Santa is a scientist. And he’s going carbon neutral this year 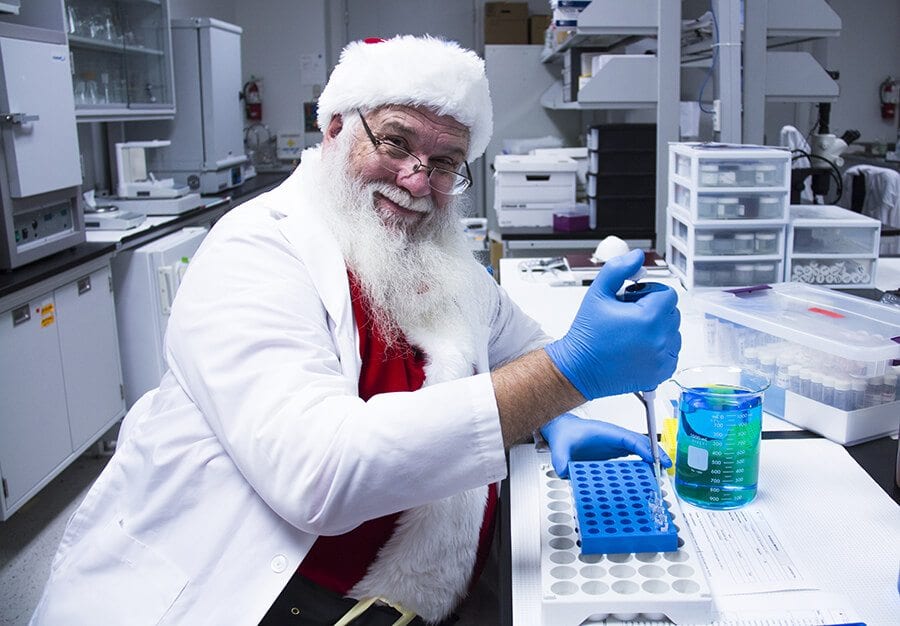 At MaRS, Santa is a scientist. And he’s going carbon neutral.

It should come as little surprise that Mr. Claus is an early adopter of new technology. An avid user of GPS, our tech-savvy traveler’s latest obsession is boosting the glide on his sleigh runners with his proprietary nano coating. In keeping with the Paris climate deal, this year’s “naughty” boys and girls will get a lump of ice instead of coal.

“Global warming is an issue for me, as it is for most people. With a major workforce based at the North Pole, I’m extremely worried about the impact on the environment. I’m encouraged, however, that Ontario has phased out coal as part of its green energy policy and am pleased to say that I’m also going carbon neutral. The drip, drip, drip of melting ice will remind children of the impact of global warming on Santa’s workshop … not to mention reindeer migratory patterns,” says Santa.

Our own jolly elf, Tony Redpath, was a senior fellow and advisor with MaRS Cleantech. Tony is still the “Santa-In-Residence” at MaRS.