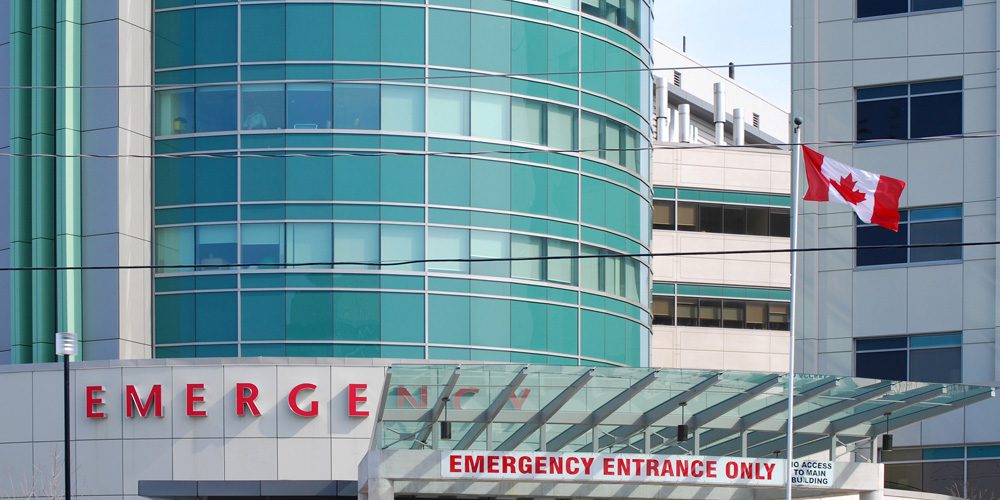 The current healthcare system is in need of urgent modernization. Integrating tech is helping to make it more efficient and effective.

Dr. Karen Cross was doing everything in her power to prevent her diabetic grandfather from needing an amputation. But that power was limited by distance — Cross works in Toronto and her grandfather was in rural Newfoundland. Every day, her mother would text Cross pictures of her grandfather’s diabetic wounds. “I’d say, ‘This is what you have to do’ and ‘Tell the doctor this,’ ” she says.

But her frustration proved to be her inspiration. Along with MIMOSA Diagnostics co-founder Dr. General Leung, Cross developed a mobile health platform that uses near-infrared light combined with AI to assess tissue health. The tool (now awaiting approval from Health Canada), is portable enough for people in rural communities and those who have challenges accessing health care, explains Cross, a plastic and reconstructive surgeon and award-winning researcher on tissue injury and treatment. “Building pieces of technology that are only good for health centres wasn’t going to change anything for the patients,” she says.

If the COVID-19 pandemic has revealed anything, it’s that health care and hospitals are in desperate need of new ways to get help to the people who require it most. An increasing number of medical professionals are turning to artificial intelligence (AI) — machine learning that has massive potential for triage, diagnosis and treatment applications in health care.

“The health care system is overburdened and really needs sources of innovation to work through the backlog, especially after COVID,” says Catherine Bornbaum, head of clinical operations and partnerships at Toronto-based RetiSpec. “Technology can really help bring down those timelines, can help figure out who needs followup, who needs assessment, who can maybe wait without consequences.”

Like MIMOSA, RetiSpec was born out of CEO Eliav Shaked’s personal experience — in this case, a close family friend who developed Alzheimer’s disease. “He was really frustrated by the fact that there was no disease-modifying therapeutic or cure,” explains Bornbaum. “There were tons of drug failures, and one of the hypotheses was that the drugs were being used too late in the disease trajectory, when the symptoms had already developed or progressed.”

Diagnosing the disease before the first sign of symptoms is what Shaked and his colleagues set out to resolve. The result is an eye scan that can identify biomarkers of Alzheimer’s 15 to 20 years before the onset of symptoms. “Because we are a software company based on AI technology, it’s infinitely scalable,” says Bornbaum. “And because we can use off-the-shelf equipment, we can be in any centre quickly and cost-effectively.”

Because the eye shares tissues, nerves and blood flow with the brain, it is essentially a window into what’s happening in the brain. RetiSpec’s scan is an eye doctor’s camera attached to a hyperspectral imaging camera. While an eye doctor’s camera picks up three colour channels, the hyperspectral-imaging camera can see more than 100 and in much finer detail. With that extra information, Bornbaum explains, RetiSpec’s AI platform can identify the earliest detectable Alzheimer’s biomarkers — visible as lots of blue, yellow, green and red zones. In the future, she adds, RetiSpec could be used in the early diagnosis of other brain-related diseases, such as Parkinson’s, ALS and multiple sclerosis. “There’s huge potential in this technology.” 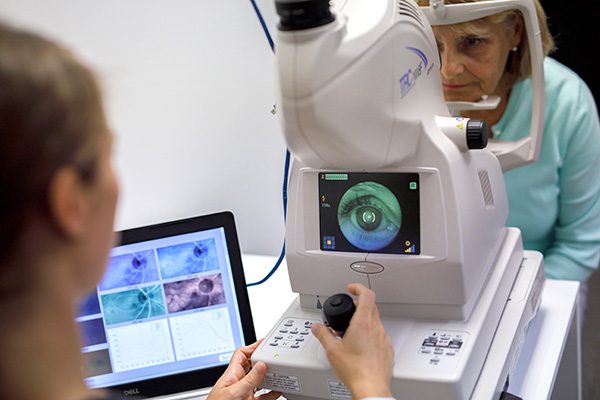 The ability of AI to predict is part of what makes it such a valuable strategy in health care, proponents say. Not only can it predict the development of a disease or the worsening of a wound, but it can also help in the general operations of a hospital as well. Dr. Muhammad Mamdani, vice president of data science and advanced analytics at Unity Health Toronto, and his team have developed platforms using AI to plan for care at St. Michael’s Hospital that are doing everything from managing staffing levels to prioritizing care for acute cases in the emergency department.

For example, anyone who shows up in Emergency with a head injury is given a CT scan. But because of the sheer number of people demanding a radiologist’s time, that scan might not be assessed for hours, even though the person may have a brain bleed. “The radiologist doesn’t know there’s a bleed — they just know there’s another CT scan to look at,” says Mamdani. But their algorithm listens for the scan to be processed, grabs the images and, if there’s a bleed, moves it to the top of the radiologist’s queue. “And you’d hope with sooner diagnosis,” he adds, “they’d have better outcomes.”

The team is also using AI on all the hospital’s internal medicine patients. As the human body has 70 trillion-plus cells, each with over 100 trillion atoms, there’s a lot of complexity to disease. So Mamdani’s algorithm considers hundreds of permutations and combinations of data and can categorize patients as low, medium or high risk. If a patient reaches high risk, the algorithm notifies the medical team through the patient system.

They deployed the algorithm during the pandemic and then looked at the data, comparing it to the previous four years. After they started using it, they saw a 20-percent reduction in mortality among high-risk patients. “How does AI do relative to clinicians?” Mamdani says. “We think we’re actually helping to save lives using AI.”

Mamdani and his team have several other transformative AI applications on the go as well. One addresses a struggle that residents and fellows in the hospital’s multiple sclerosis clinic face every day. There, doctors treat long-term patients who have massive files documenting their often-complex paths. “The poor resident has to review all the notes and understand this patient in the next 15 minutes because Mr. Jones is waiting for his appointment,” says Mamdani. That means grasping what’s been tried, what’s worked, what hasn’t, relapse patterns and more.

So, the data scientists created a tool that uses machine-learning methods to read through the notes in seconds and summarize in a paragraph the patient’s history. “Residents and fellows see this timeline,” he says. “They click on a box and pull up the whole radiology report. It puts everything in front of them, so they don’t have to do a lot of mental math.”

Health care may be a science, but it is also an art, and AI — all the experts agree — is a team sport. “AI increases your power to forecast your future decisions,” says Mohammad Adil Khan, Business Unit Director Specialty Care of global pharmaceutical company Boehringer Ingelheim.

Khan’s company is using AI in much the same way as Mamdani’s — to process all the variables — but to a different end. “Imagine what AI could do for you if it could predict out of 10 molecules that all seem to be on the same playing level, which two or three really were going to deliver better on patient care,” he says, explaining how his company uses AI in drug development. “And those are the things you should be invested in.”

AI is not just used for drug development at Boehringer, Khan adds, but throughout the business: “Where we are changing paths in our organization is this realization that machine learning really needs to be part of our strategy. It’s quite remarkable how many issues in our business are actually just prediction issues.”

At the end of the day, AI is a mathematical instrument which runs on the data that humans feed it. “There is no replacement for human intuition or human experience,” says Khan. “A machine-learning algorithm is trying to mimic the process that is happening inside the human brain. But we cannot discard the power of intellect that a trained doctor is going to have.” Mamdani agrees, but repeats something he has heard scientist Eric Topol often say: “AI will not replace doctors, but doctors who use AI will replace doctors who don’t use AI.” Mamdani adds: “And it’s probably true.”