How to successfully raise a friends-and-family round 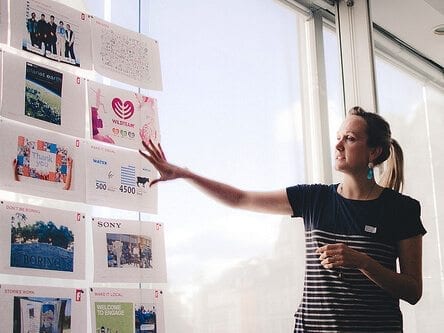 For the vast majority of entrepreneurs, the friends-and-family round of venture financing is critically important, as it’s the only round they’ll ever raise.

There is a lot to unpack in that introductory sentence. First, a friends-and-family round is truly considered venture financing in that the investors are seeking a return on the capital they’ve invested, they believe that their early-stage investment is going into a high-potential venture and they’ve made the investment in order to help the company grow. Second, a smart investor in a friends-and-family round also realizes many other things, including that percentages dictate that the venture will likely never raise another round, which is just one fragment of the harsh reality of the startup lifecycle.

Having been on both sides of friends-and-family rounds of various shapes and sizes (though more often on the investment side), this blog post is a primer on how to cut through the breadth and depth of illusion that surrounds this critically important investment round. I’m writing this post from the perspective of the investor, counselling you, the (often new) entrepreneur. I wish I had known most of these points earlier in my life. Let some of my past folly be your current edification.

1. Tell me that I’m never going to see my money again. Ever.

Seriously. It’s actually a very good idea to artfully tell me that, even though you, your team and (hopefully) I all believe that this idea is going to win, chances are that it will not and I’ll never see my money again. This shows me that, while you’re dreaming big, you’re also transparent and grounded. I like that and I know a lot of others who do as well. Don’t linger too long on this point, though. Make sure to float me back up to the clouds with you.

2. Convince me that you’re on the correct side of a trend.

Do this earlier than you think you should. I want to know what trend you’ve identified and exactly why you believe you’re catching the wave at its most surfable point. I want analogs with a timestamp—meaning, I want really good historical points of reference and comparison, as well as a sense of when you think the wave will crest. Being on the correct side of a trend can be a massive deal, and being on the wrong side can be brutal.

3. Get me really excited.

There are times to be clinical and precise, and there are also times to really sell. Sales guru Zig Ziglar believed that people buy for emotional rather than logical reasons. While there needs to be a strong logical underpinning in order for me to make an investment, if I’m not excited about being part of something very cool and important, why would I want to be a part of your round?

Don’t oversell me. This rule is unbelievably important. Get me to a certain excitement point and then bring me back down to earth. Remember that this is a friends-and-family round, which means that we’re going to be seeing each other at Pilates classes or at cousin Rafael’s annual clambake. So set forth some simple ground rules, such as letting me know that you’ll be providing really detailed monthly updates to investors. Also make it clear that part of the reason for these monthly updates is so that I won’t accost you when we run into each other at Starbucks, asking where my damn money is.

5. Geek out on your numbers.

Know the absolute hell out of your numbers. You need to live and breathe your numbers. I need to be convinced that you have tested the exact elasticity of your numbers—that is, that you know how far they bend and the exact point at which they shatter, leaving behind sharp remnants of broken dreams and poor math. I’m not going to ask you unanswerable questions when we first sit down to discuss this investment, but if you don’t know the relatively easy numbers perfectly, I will assume that you’re just playing and I’ll be so very done with your venture.

6. Tell me nothing about your plans for world domination.

I can’t tell you how many times I’ve had real interest in a person and the hypotheses that they were trying to test in a very early-stage startup, but then they told me about what they really want to build later on and lost me. It’s a fatal flaw. It’s great that you want to be the next Elon Musk and develop a slingshot that will safely zoom me from New York City to London in 32 minutes, but today you’re asking me to fund your doughnut location app, so let’s stick to talking about exactly that. I need to know that you’re going to be deeply focused and not waste our time and my money.

7. Walk me through to your exit.

I don’t need to know exactly how this plays out over the next two to three years, because we’re all just guessing at this point. However, if you’re building a feature rather than a product (which you probably are, even if you don’t believe it) it would be cool to talk about who might want to buy it and how you plan to get there.

8. Actually ask me for something.

Again, I’ve been on both ends of amazing meetings that simply end. Remember, you’re here for one ultimate reason and that is to secure a friends-and-family round investment. How can you do so if you never actually ask for money? I know that asking for money can be really difficult for some people. Many entrepreneurs see this as their kryptonite. You need to get over this really quickly and the best way to do so is to start asking people for money. You have to develop a sense of the correct timing for an ask and, once you understand it, you actually have to ask. Entrepreneurs are always shocked at how great the results can be when they lead a prospective investor to just the right point for an ask, and then actually ask. You’ll get a yes more often than you’d expect.

Please tell me that you have established a real legal entity for this business and that you know the laws of the applicable jurisdiction(s) regarding investments. Also please tell me (before I ask) that you have a shareholders’ agreement with your co-founders. Honestly, as someone with a law degree, I don’t even care if it’s written on a toilet paper roll for now—just tell me that you’re operating on more than a verbal agreement. Please.

I know people. I have at least some influence among a certain group of these people. You mark yourself as a rookie if you don’t ask me for two things here: my cash and my influence. While your primary goal is to leverage my involvement in your round in order to influence other influencers, your secondary goal is to make me an ardent advocate for not only your startup, but also for this investment round.

All of these points are a decent place to start for someone considering a friends-and-family round. While there is an infinite amount of further reading you can do on the topic, I recommend Venture Deals: Be Smarter Than Your Lawyer and Venture Capitalist by Brad Feld and Jason Mendelson.