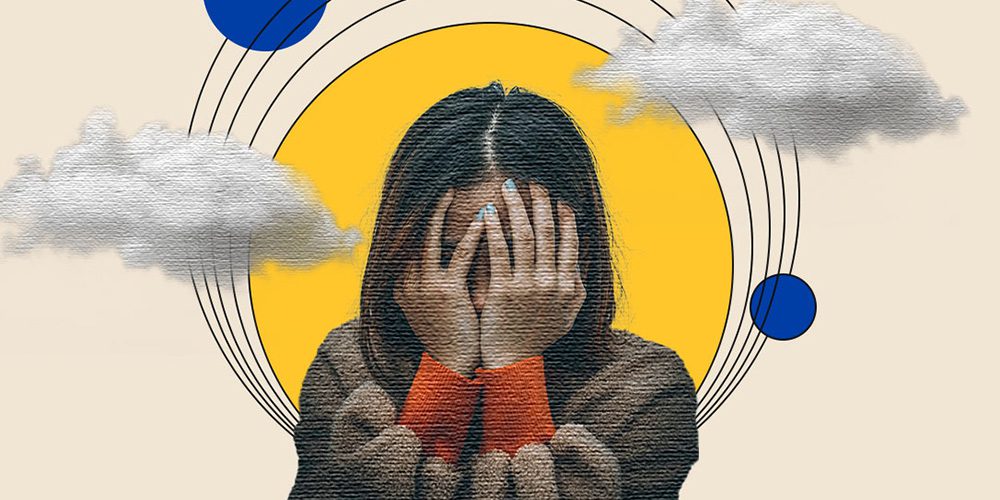 For many Canadians, the summer of ’21 is a season of celebration: vaccination efforts are paying off and provinces and territories are slowly reopening businesses. Millions of us are eager to put the anxiety and emotional burdens of the past 15 months behind us — but for millions more, the transition won’t be so simple.

“I don’t think we can assume our problems will just vanish once the last patient is discharged from an ICU,” says Dr. David Gratzer, an attending psychiatrist at Toronto’s Centre for Addiction and Mental Health (CAMH). “Every day I spend hours seeing patients. Some have gone from being highly functional to having trouble getting out of bed. Others have a history of mental illness, and now their problems have been really amplified.”

From wars to economic downturns to public-health emergencies, crises intensify mental-health issues. Studies following the SARS outbreaks in 2002-03, for instance, suggested that people who were quarantined experienced post-traumatic systems even years later, and reported higher rates of alcohol and drug dependency.

COVID-19 is a Goliath by comparison. A CAMH survey this April found that one in five Canadians are experiencing moderate-to-severe anxiety, with a similar number feeling depressed. Self-medication with drugs and alcohol is on the rise, and demand for in-patient psychiatric care is up, as are emergency room visits for mental-health reasons.

Vulnerable groups are faring even worse: a University of Calgary research team published a study in March showing that anxiety and depression among young mothers is nearly double what it was before the pandemic. And just as the toll of illness has fallen disproportionately on racialized communities, so has the mental-health impact. Statistics Canada last autumn found noticeably greater levels of psychological distress among those designated visible minorities.

All of that has placed greater strain in a mental-health system already under duress. But as the need for psychological support has escalated over the past year and a half, so has an array of digital tools — from online therapy to mental-health apps to an emerging class of digital therapeutics — that hold enormous promise not only to address the acute crisis facing us now, but to improve care permanently. “To use the trendy term, this is a really disruptive moment,” says Gratzer. “Virtual care has gone from something mostly discussed in conferences to being part and parcel of patient care.”

The potential is undeniably enormous: patients can access the expertise of therapists far from their own backyards. Virtual-care platforms can deploy AI and machine learning to customize care. Overhead costs can be lowered and access improved. But the sudden pivot has created new challenges too, around data privacy, the integration of patient records into a proliferating number of private-care platforms and accessibility for those less digitally literate.

Digital tools can break down the barriers to mental health support

A shift that had been predicted to take years happened last year in about a month.

For instance, Inkblot Technologies, an online-therapy platform, conducted 10 times more therapy sessions last month than it did in May 2020. Other platforms are reporting similar increases, as are traditional service providers: In 2019, CAMH clinicians provided about 350 virtual-care visits per month. In March and April of 2021, that exploded to nearly 3,000 per month.

In fact, the past year has been all the proof of concept needed for many patients and clinicians, who may have been skeptical that a video chat or phone call could be as effective as in-person therapy. According to David Mohr, director of the Center for Behavioral Intervention Technologies at Northwestern University in Illinois, “we’ve seen that telehealth is essentially just as effective as face-to-face psychotherapy, and retention rates are higher.”

The barriers to entry are also lower. In 2011, Toronto entrepreneur Sam Duboc founded MindBeacon, after experiencing his own mental-health crisis following the death of his brother. “That was the spark, but really, I had been going in and out of depression for years,” he says. “But I’m a guy who grew up in the U.S. Midwest in the 1970s and ’80s, and you didn’t really talk about that.”

When he was ready to find help, he was faced with months-long waiting lists. That experience led him to partner with two Toronto psychologists to create a new chain of nationwide clinics. Soon, though, they realized that building brick-and-mortar clinics wasn’t going to break down the barriers they wanted to, including lengthy wait-lists, high costs and, for many, the stigma associated with in-person treatment.

Accessibility has also been a watchword for Inkblot’s Luke Vigeant. He’s unapologetically proud of his company’s work to transform the corporate-funded employee assistance programs (EAPs) through which most mental-health services in Canada are accessed. (Inkblot’s revenues are split about 50-50 between individuals and these employer-benefits programs.) Traditional EAPs employ call centres to direct patients to needed resources. But that, says Vigeant, often has the effect of “gating care,” directing patients away from therapy and toward less expensive options.

Inkblot has developed what Vigeant calls “a modern, internet-driven EAP with no call centres. We have clients that had 5 percent utilization, and after they switched to us went to 30 percent. There were people who needed help but couldn’t get past that gate.”

Inkblots also touts its intelligent patient matching: When patients on-board through Inkblot, they complete a questionnaire about their mental health and goals for therapy, and “intelligent therapist matching” pairs them with one of the company’s nearly 1,000 practitioners.

This speaks to one of the most frequently discussed benefits of virtual therapy: patients are not restricted to nearby practitioners. That can be a lifeline for patients in small communities. “Imagine dealing with gender-identity issues in a small town where there may not be anyone with expertise in that,” says Vigeant. “That can literally be life-saving.”

There’s also been promising developments in the field digital therapeutics — digital tools that can be approved by regulatory bodies such as Health Canada or the FDA as legitimate disease interventions.

Toronto-based MemoText, for example, has collaborated with CAMH to develop the App4Independence (A4i), an app and web portal that helps patients dealing with psychosis and schizophrenia. Patients sign up for the app and answer a questionnaire about their symptoms, from forgetfulness to hallucinations, and then receive automated texts offering check-ins, suggestions and reminders for medication and appointments. It even has what MemoText CEO Amos Adler calls “Shazam for your brain” — a sound detector that displays ambient noise visually, like an oscilloscope. If a person believes they may be experiencing an auditory hallucination, the sound detector will indicate whether the sound is really present or literally all in their head.

The potential for digital tools, says Adler, is vast. For example, he says, “there’s a growing movement now to use ambient phone data to identify risk indicators for changes in mental health. Physical activity, sleep health and the objective data points that might identify how someone is doing, if they’re beginning to start to manifest symptoms that can be seen that way.”

That, of course, raises questions around data privacy and consent (imagine a health insurer refusing coverage on the basis of problematic mobile-phone indicators, or tech companies accessing mental-health app data for targeted advertising). The American Psychiatric Association has developed what it calls “App Advisor,” a rating of mental-health apps on various criteria, including privacy and security, but plenty of questions remain as to how such products can be regulated. (Health Canada has proposed amending the country’s Food and Drug Act to develop a new regulatory pathway, though this hasn’t yet come to fruition.)

Inkblot’s Vigeant also highlights the need to modernize Canada’s notoriously fragmented and archaic medical record-keeping, ensuring that the data produced by this emerging array of devices platforms is easily accessible “in a way that is patient friendly and compliant and ethical.”

As transformative as the last year has been, there’s still time to figure out these issues, says Gratzer — but probably less than most doctors and regulators thought.

“Things have come too far this past year to turn around now,” he says. “I don’t think we’re going back to the way things were.”