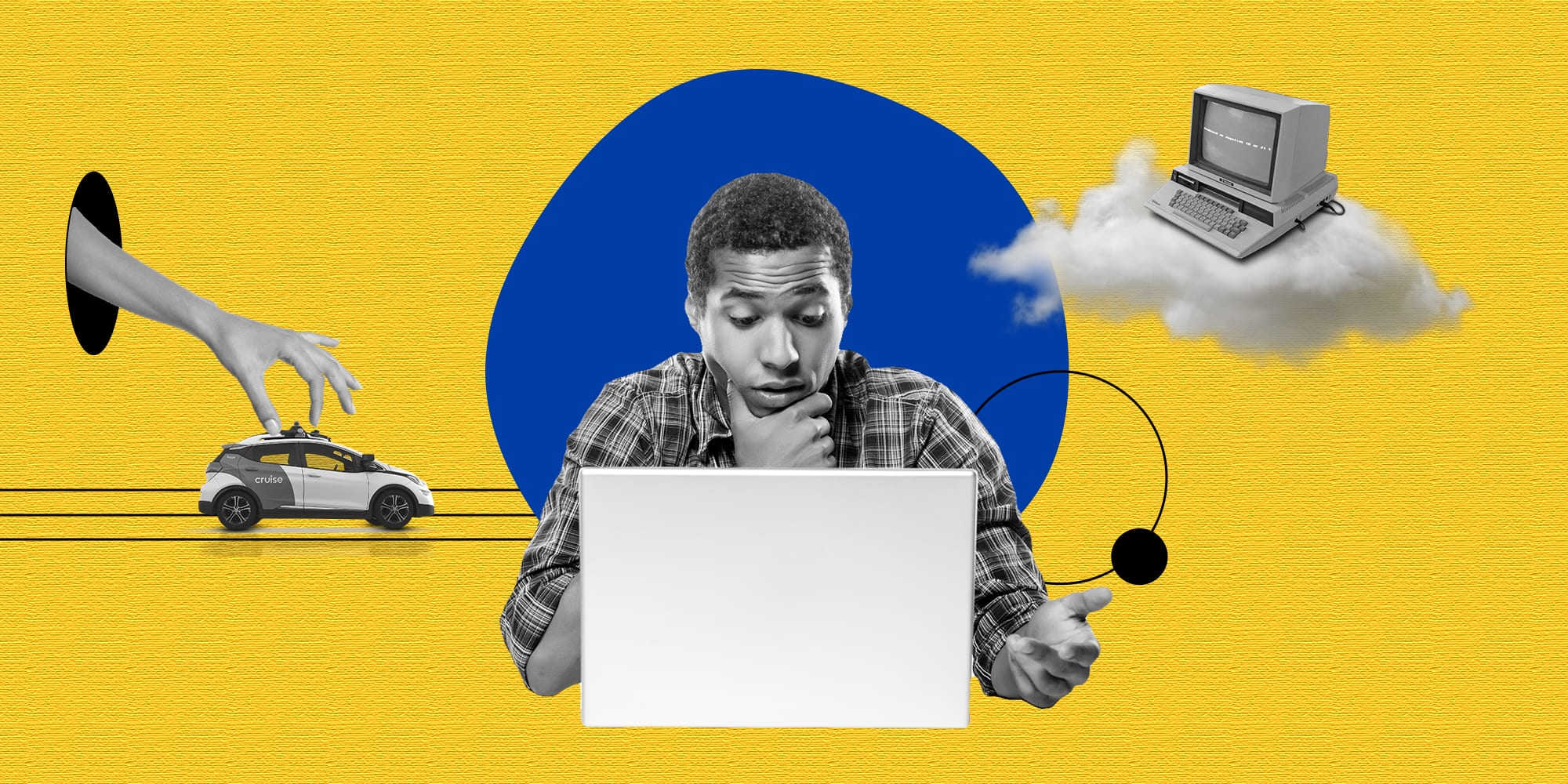 Given the blistering pace of technology, it can be hard to keep up with all the new terminology. If you’re unsure what gives Edge AI its edge, or how machine learning differs from AI, here is a list of tech terms everyone should know.

Although the term seems mysterious (what exactly do we mean by “things?”), IoT generally refers to any device or system that can “talk” to each other using the internet, allowing data to flow from one device to another. IoT devices can range from smart thermostats that you can control from your phone to wireless inventory trackers in a warehouse. For instance, Canvass Analytics’ IoT platform helps manufacturers predict inefficiencies and equipment failures as well foresee energy usage. And LED Roadway Lighting makes IoT sensors that are embedded in streetlights, which can monitor speed, noise levels and pollution, and then communicate that info to police, public-health officials and policymakers.

The meaning of artificial intelligence has changed significantly since the 1950s when it was first invented. Back then, it applied to any task performed by a machine that would have previously required human intelligence. Nowadays, it refers to a wide swath of applications — from basic systems like Apple’s Siri or Netflix recommendations to deep-learning software like that at BrainBox AI, where it uses complex algorithms to improve the HVAC infrastructure in buildings. AI generally refers to a computer’s ability to imitate the human mind and its ability to learn from experiences, make decisions, understand language and much more.

Blockchain is a book-keeping system that allows people to exchange data in a secure and protected manner that’s almost impossible to hack or alter. Unlike traditional data transfers, where a file goes from one place to another leaving room for parties along the route to alter the data, blockchain is a decentralized system on a public network that allow people to store and transfer information instantly as well as track and verify previous transactions. Think of blockchain as a Google Doc — you can share a single document that isn’t a copy, everyone has access to it simultaneously, changes are tracked in real time and it’s completely transparent.

Edge AI is the combination of edge computing and AI, which means that the AI algorithms are processed locally on a hardware device without needing to connect to a cloud or network. This allows data to be processed faster and more efficiently. The most common application is Apple’s Face ID, which is able to recognize and unlock your phone in milliseconds without being connected to the internet. In the years to come, Edge AI will be increasingly deployed, as robotics and autonomous vehicles become more prevalent and important decisions will need to be made almost instantaneously.

In computer networking, latency is the time it takes between a user action and the response. Having a high latency would mean that it takes data a long time to travel from one point to another. Everyone has experienced high latency at some point — when a webpage is loading slowly or when a file takes that extra minute to be received. Have a low latency is critical for emergent technologies such as autonomous vehicles where a fraction of a second can be the difference between life or death. This is where technology like Edge AI and 5G can have a great impact on reducing latency and bringing these emerging technologies to fruition.

A subset of AI, machine learning focuses on building applications through algorithms that learn from data and make predictions or decisions. These algorithms are trained to find patterns and improve their accuracy over time. Machine learning is all around us, from YouTube recommendations to email spam detectors to Google search. All of these applications get better at understanding your preferences over time, learning what movies you like, what emails you read and what you might want to know.

Quantum computing is a new way of building a computer that uses quantum mechanics to more efficiently perform certain calculations. A simple example to consider is imagine you are asking Google maps to find the best route from point A to point B. Currently, it tries each route with different street options individually to find the best route for you. But with quantum computing, the system would be able to test all routes at the same time and more efficiently. Although there are only a handful of quantum computers worldwide, startups like ProteinQure are already using quantum principles to speed up drug discovery.

Quantum sensors uses properties of quantum mechanics to go beyond the limits of current sensor technology and allows us to see things about our environment that we weren’t able to before. The possibilities range from looking deep underground for obstacles in mining to detecting signs of multiple sclerosis in the spinal cord. Canadian quantum company, SBQuantum is developing a magnetometer using quantum sensors to navigate mines where GPS signals are weak or non-existent.

Breakthroughs: The emerging trends to watch in 2021