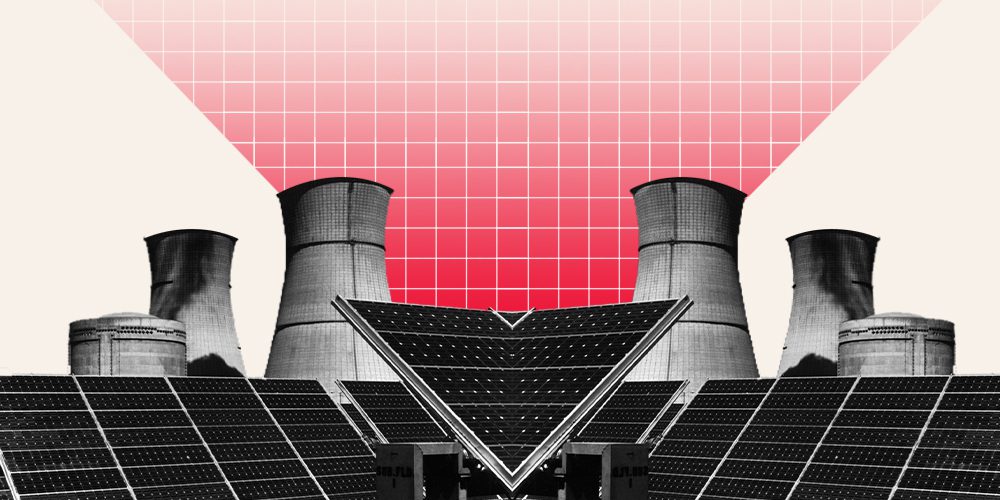 With thousands of electric vehicles set to hit the streets, new ways of generating and managing emissions-free electricity are needed — or we’ll end up powering clean cars with dirty energy.

When the Town of Parry Sound decided in 2019 to become Canada’s first net-zero community, the move represented much more than an aspirational gesture aimed at some far-off point in the future. The local energy grid was so tapped out that the municipality couldn’t accept new industrial development or accommodate significantly more electric vehicles (EVs).

Parry Sound officials first looked at reducing energy needs by installing more LED lighting or replacing aging HVAC systems. But, as Jennifer Montpetit, a senior planner with Lakeland Power, the region’s municipally owned grid operator, says, “That was not going to be enough to meet any of their goals.”

Instead, Lakeland and the municipalities it serves (including Bracebridge and Huntsville), opted for something much more ambitious: building a micro-grid to supply incremental renewable energy using a utility-scale solar installation on an old landfill site, several large Tesla stationary batteries, public EV chargers and energy optimization devices attached to hot water heaters.

These so-called “distributed energy resources” (DERs) are in turn controlled by a smart-grid software platform built by Opus One Solutions, which continually tracks demand and manages the power flowing through the system.

Parry Sound’s micro-grid project illustrates why local distribution grids of varying ages and maintenance levels will need extensive new investment to meet the additional demand for electricity created as society moves away from fossil fuels. “A lot of money needs to be invested in order to support EV charging,” says Jamie Cameron, KPMG’s national infrastructure lead for future mobility. The other driver behind such investment, he adds, is the accelerating risk of climate-related natural disasters. “Distributed generation also supports that resiliency, so you get a double benefit.”

What the ‘electrification of everything’ will mean

If weaning ourselves off fossil fuels is the primary solution to the climate crisis, then the broad-based transition to clean electricity can’t happen fast enough. In a major report last year, the International Energy Agency (IEA) concluded that the path to net zero by 2050 must include extensive electrification using renewables, and that a substantial amount of investment must take place this decade. The technologies for this “massive clean energy expansion” already exist, the IEA noted, but considerable innovation will be required so that electricity grids can handle all the additional demand.

In Ontario, for example, electric cars, trucks, buses and other electricity-powered transportation will drive up electricity needs by 20 percent each year for the next two decades, according to a 2021 forecast published by the Independent Electricity System Operator. Transportation is by far the single-largest driver of growth, requiring the equivalent of four more Bruce Power nuclear reactors.

“The electrification of everything will put increasing demands on the grid,” says Claudio Canizares, Hydro One Research Chair and executive director of the Waterloo Institute for Sustainable Energy. The general consensus among energy watchers is that we will need to double or triple the size of our electricity system between now and 2050. Local grids, however, aren’t ready.

That means provincial energy officials will need to make tough political choices, about the types of electrical generation they’re prepared to bring online—whether that’s small modular nuclear reactors, such as the units being developed in four provinces, or more decentralized investments in distributed energy resources, like the system installed in Parry Sound.

Public interest in well-established and increasingly affordable DER solutions is growing, says KPMG’s Cameron, adding that large-footprint organizations have been active in combining rooftop solar with other technologies. For instance, the Toronto Transit Commission (TTC), working with OPG’s PowerON and Toronto Hydro, intend to co-invest in on-site generation (like solar) and battery storage at TTC’s bus garages, in support of the on-site EV chargers for the agency’s growing electric bus fleet.

The scalability of such solutions is huge, given the abundance of flat roofs combined with the electricity needs of commercial, industrial and institutional users. Over the last decade, the cost of solar has dropped by more than 80 percent, and as EV ownership increases industry watchers predict that a growing number of homeowners will be interested in installing panels.

The push for more clean electricity is powering growth in the innovation space, as firms develop a range of solutions that could enable and scale up projects like Parry Sound’s micro-grid. “There are a lot of dreams of what could come next,” says Cameron.

The network of ventures and investors flocking to this field are developing three categories of technologies: those aimed at reducing pressure on existing grids; systems that tap new renewable energy sources; and platforms that integrate hardware and software to build micro-grids.

For example, BrainBox AI has created an AI-powered platform that uses wireless sensors deployed within large commercial buildings to optimize electricity consumption. “Your building is already a battery,” says CEO Sam Ramadori. “You’re putting energy into it.” The firm says its customers can cut 25 to 29 percent of their electricity costs just by installing the AI-based software — an efficiency gain that simultaneously reduces the pressure on big city grids.

Ramadori points out that in cities like New York and Boston, local regulations mandating building energy efficiency improvements in large buildings are driving demand for such technologies. “Those kinds of regulations obviously cause a lot of momentum,” he says. “Right now, we’re in a measurement phase. I see a lot of attention being paid to the tools we need to measure improvements so we can track where we should be focused.”

Micro-grid solutions, such as the one in Parry Sound, are also becoming commercially viable, particularly in jurisdictions where peak pricing is high. A market study released last fall by the International Microgrid Association estimated that the global micro-grid sector will be worth US$33 billion in five years, more than double its 2020 size.

The innovation pipeline, however, also includes technologies that are still in development, such as vehicle-to-grid charging, which would allow building owners to draw on energy stored in the batteries of parked EVs during high-cost periods. Peak Power, for example, has commercialized its load-shifting system that allows commercial landlords to save hundreds of thousands of dollars a year with onsite battery storage. But the firm is also piloting a vehicle-to-grid offering with Toronto developer Dream Unlimited — a service that potentially allows individual EV owners to sell power from their batteries to the buildings where they’ve parked their cars.

Others are looking to recycle waste energy as another way to supplement local grids. Ibraheem Khan, CEO of Extract Energy, has developed a “heat engine” using a specialized alloy that can transform low-temperature waste heat from industrial processes into electricity.

Low-grade waste heat represents a massive untapped resource — as much as 65 percent of all energy generated goes up the chimney, Khan says. Extract’s technology, he adds, is also “dispatchable,” meaning it can be turned on or off, a critical element in decarbonized grids that must rely on intermittent energy from renewables, like wind and solar, as well as baseload supply from nuclear and hydro that is meant to flow at consistent rates.

Extract’s process is still in the pre-commercialization phase — the firm ran a pilot at Calgary’s Last Spike Brewery in 2020 — but the company is attracting investor attention and will be floating a $20-million seed round later this year.

As EV market share ramps up sharply in the coming decade, utilities will have to draw on all of these solutions to ensure that we don’t have to revert to the burning of gas or coal to power fossil-fuel free mobility. “The pressure on the grid will come up fast,” says BrainBox’s Ramadori. “We haven’t realized we’re in catch-up territory.”