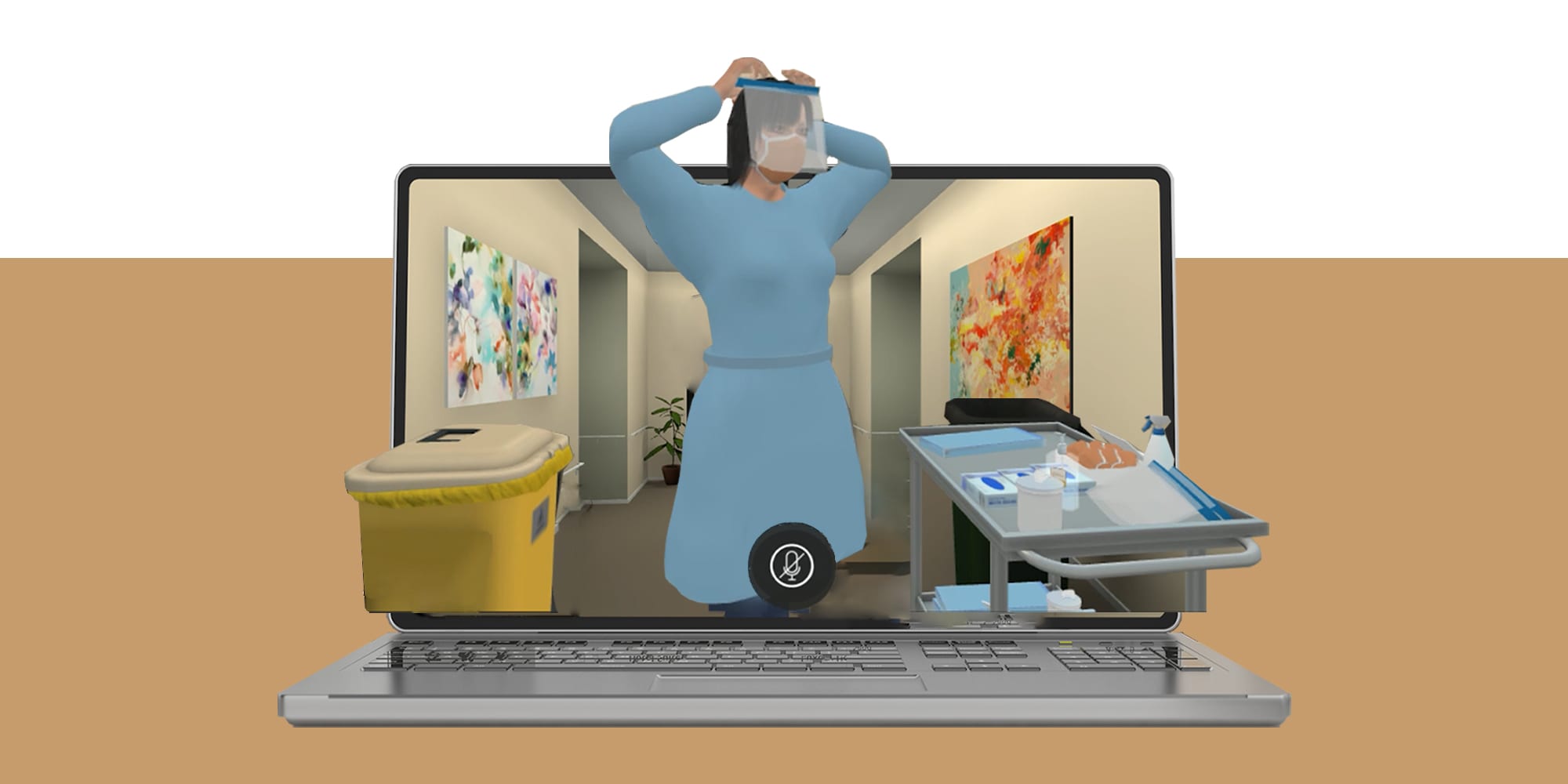 Virtual reality is replacing in-person interactions in everything from languages classes to training healthcare workers.

Throughout the early months of the pandemic, Australia had one of the lowest per capita rates of COVID-19 on the planet. But data soon began to show the coronavirus was disproportionately affecting Australia’s elderly. By October, nearly three-quarters of the country’s COVID-19 deaths had occurred in seniors’ homes, and Australia was posting one of the world’s highest rates of death in residential elder-care facilities. To tamp down the virus’ spread, thousands of nursing and elder-care workers needed training on how to effectively use personal protective equipment (PPE). The training needed to happen quickly but also safely — they needed a way to do it remotely.

So, health officials in Victoria turned to virtual reality. With the help of the Canadian tech company Virtro, a simulation featuring a virtual elder-care facility was created along with a team of virtual humans who appear as health workers. Real-life health workers log in from their personal computers and are then prompted to coach their virtual counterparts through the proper hand-washing procedure, for example, or how to safely remove a face shield. Trainees are scored on the accuracy of their verbal instructions, repeating modules until they know PPE protocols well enough to graduate from a virtual to real-life care setting.

Victoria’s healthcare system is one of many workplaces in which the need for virtual reality technology became urgent during the pandemic. Once the domain of gamers or those in unconventional lines of work (think jet fighters, astronauts and sharpshooters), virtual reality is now replacing in-person interactions in a wide variety of fields. In recent months, immersive VR simulations have been used to train Walmart employees in the United States and cell phone retailers in Canada. They are subbing for in-person therapists to help soldiers with post-traumatic stress disorder and can be programmed to help people manage panic attacks. Where the COVID-19 pandemic has locked medical residents out of operating rooms, virtual surgeries are being simulated for students to continue practising techniques in 3D, hopefully shortening the stall in their training.

“The pandemic has accelerated all things virtual,” says Helen Papagiannis, an AR/VR expert and author of the book Augmented Human: How Technology is Shaping the New Reality.

“Organizations are now experiencing the immense value and benefits of implementing immersive technologies,” she says.

There is much the pandemic has brought to a halt, but in the VR world it has exposed the technology’s untapped potential. 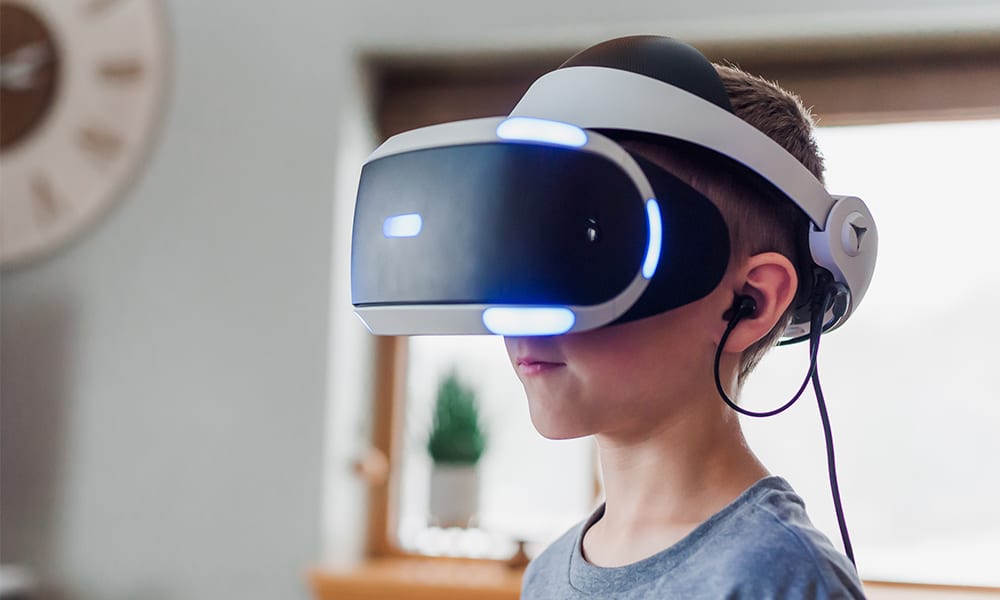 Proponents of virtual reality say that it truly offers the most intimate and engaging means of gathering online.

“You can try to make eye contact all day long on Zoom and no one even knows you’re looking at them,” says Steve DiPaola, a professor in the School of Interactive Arts and Technology at Simon Fraser University. In contrast, VR meetings allow participants to gesture, walk around a room, sit beside a person of their choosing and interact more authentically. “There’s a notion of camaraderie,” he said. “When it all works perfectly, it really is just another world.”

Donning a VR headset and being mentally transported to new surroundings also adds an element of unexpected fun.

“Learning like this has a novelty to it,” says Imran Mouna, co-founder of the VR company InStage. The Toronto-based company creates simulations for language-based tasks (think delivering a speech or a performance review to a difficult employee) that give “people a realistic place to practise the things they’re learning about,” says Mouna.

Users find themselves propelled into such settings as mock job interviews, packed auditoriums or tough boardroom sales pitches. (Picture your virtual-self sitting in an antiseptic meeting room packed with virtual attendees — and watch out for George, who seems distracted and will get ornery if it takes you too long to get to the point).

In simulations designed to improve online meeting skills, a dog might bark or a doorbell might ring so users can safely practise responding to them before they occur during real-life meetings. And if users don’t feel confident in their responses, or about how fast they speak (InStage’s software analyzes how many words you speak per minute), or if they use too many ‘filler’ words (likes, ums and yeahs are also tallied), they can repeat the simulation until satisfied. 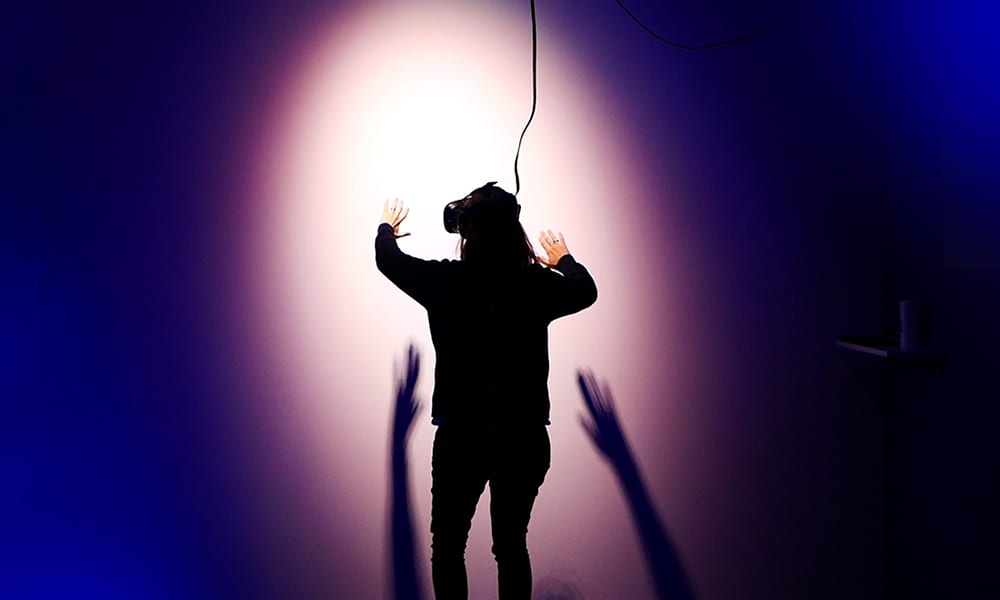 A safe space to learn

Perhaps the biggest advantage of learning in VR is the low cost of screwing up. Stumble in one of InStage’s boardroom sales training sessions and you might get a (virtual) scowl from ornery George. The relatively mild stakes of those worst-case outcomes are a balm for nervous learners.

“We all learn from mistakes. The best place to make them is in VR where no one gets harmed,” says Lee Brighton, president of Virtro Technology, who accelerated her company’s expansion into healthcare training modules during the pandemic due to high demand. Her foray into VR began in 2016 after she donned a VR headset for the first time and saw the technology’s potential to transform education.

“It was like a switch went off in my head,” Brighton says. “Imagine if students could learn some history by [virtually] being in Rome and seeing the Coliseum, or if they could do biology by actually getting inside the human body?”

Virtro was born in Brighton’s basement; the company’s first educational products were language-learning and communications modules for a range of learners, from defense employees who needed to master giving press briefings in their second language to immigrants working on their English. All of the company’s modules feature chatty virtual humans that “buddy” with real-life users to help them practise everything from job interviews to learning PPE procedures as long or as often as users need to.

“Virtual humans can do really practical things to help people improve their skills,” says Brighton, adding that, by some metrics, they’re much more desirable than humans. “They are infinitely patient,” she says. “They will talk to you all day.” 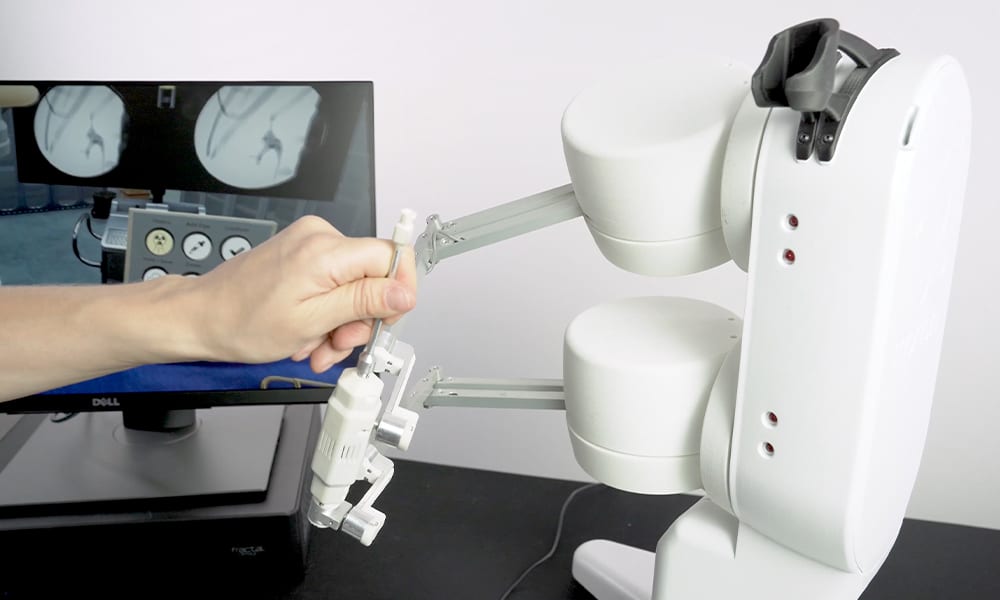 A more accurate means of testing

VR technology is also capable of offering analyses that would be impossible in real-world scenarios. Take the example of medical students, who are normally graded by superiors who observe them. Surgical simulations in VR are designed to detect the amount of pressure the user is applying to tissue, which means they can measure the delicacy of hand movements, enabling a more granular evaluation of a student’s technique.

Marion Surgical, a Toronto-based company that develops surgical simulators, has seen a surge of interest during the pandemic, which has limited both travel and the number of doctors who can be in an operating room at one time.

It used to be common for medical equipment suppliers to fly a group of surgeons to one destination where they would be educated as a group on new devices in the OR. “No one is flying to New York, staying in a hotel and then going into an operating room,” says Ben Sainsbury, Marion’s chief executive. “But you can’t not train surgeons.”

Marion is experimenting with different ways to connect surgeons from around the world in virtual reality. One application involves recording surgical master classes that can be attended virtually via webcam. The company is also pursuing a more sophisticated vision wherein surgeons wearing motion capture suits in their homes could be streamed inside a virtual reality training session. Attendees — medical residents or surgeons learning a new piece of equipment — would feel as though they were truly inside an OR and have the ability to zoom in or view the surgery from different angles. When 5G network is operational, the technology could ultimately transform the future of surgical training, Sainsbury says.

Indeed, 5G, which will resolve any lag issues, is expected to accelerate VR adoption even further. Experts in VR predict that our willingness to experiment with immersive technology is on a permanent upward trend.

“Once a nice-to-have, immersive technology has now become a necessity,” says Papagiannis.

“Once businesses apply augmented reality and virtual reality, it increases their confidence in the power of such tools. I don’t see a return backward.”