The pivot away from plastic 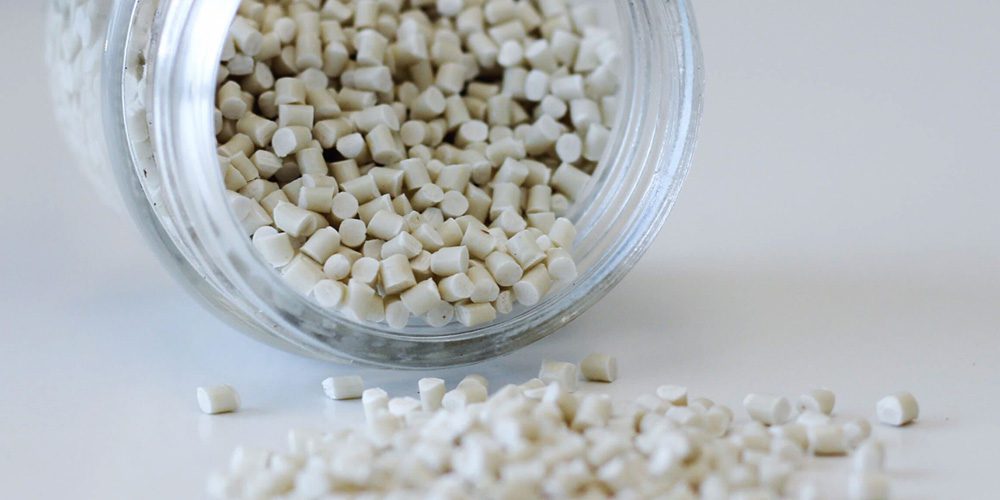 With the manufacture and import of grocery bags and stir sticks now prohibited, local startups are coming up with novel Earth-friendly alternatives.

Stroll down the aisles of any grocery store and in all likelihood, you’ll touch plastic.

And that’s just at the grocery store. Since its invention in 1907, synthetic plastic, a type of polymer derived from fossil fuels, has been found in everything from sportswear to fire retardant. The word “plastic” originally meant “pliable and easily shaped.” That valuable quality is one of the reasons we’ve come to rely so heavily on it. It’s also light and therefore cheaper to transport, and it does a miraculous job keeping food from going bad.

But plastic’s ubiquity has become a problem. It’s so inexpensive, it’s now second nature to throw it away. One 2019 Environment and Climate Change Canada study revealed Canadians chucked more than three million tonnes of plastic waste, of which only about 10 per cent was recycled. Much of the rest wound up in landfill, where it will take hundreds of years to break down.

To stem the tide, the federal government announced last June it would ban six single-use plastic items as a step toward achieving zero plastic waste by 2030. As of December 20, it will be prohibited to manufacture and import plastic checkout grocery bags, cutlery, food service ware, stir sticks and straight straws for sale in Canada. More changes are coming that will ban plastic ring carriers for cans, as well as those little bendy straws affixed to juice boxes. Say goodbye to polystyrene takeout containers and chopsticks soon, too. But what’s to replace them? It’s not like take-out Pad Thai is exactly easy to eat with one’s hands.

Kathleen Sullivan, CEO of Food and Beverage Canada, an industry advocacy organization in Ottawa, supports the reasons behind the move (saving the environment isn’t exactly a hard sell), but points out that a pivot away from plastic is tricky.

“There’s often this assumption that governments will pass regulation and the markets will just figure it out. Sometimes it’s not that simple, and things just don’t happen organically,” she says, explaining there are 8,000 food manufacturing facilities across the country and many more that import into Canada. Each business works with a multitude of packaging companies too. “It’s a worthwhile goal, clearly. But it is going to require a high level of coordination.”

Canadian startups and young, growing companies positioned to offer alternatives to traditional plastic are encountering challenges that are inherent with new ways of doing things. To develop more sustainable, reusable or biodegradable products, it means connecting with policy-makers and adjacent industries like waste management. 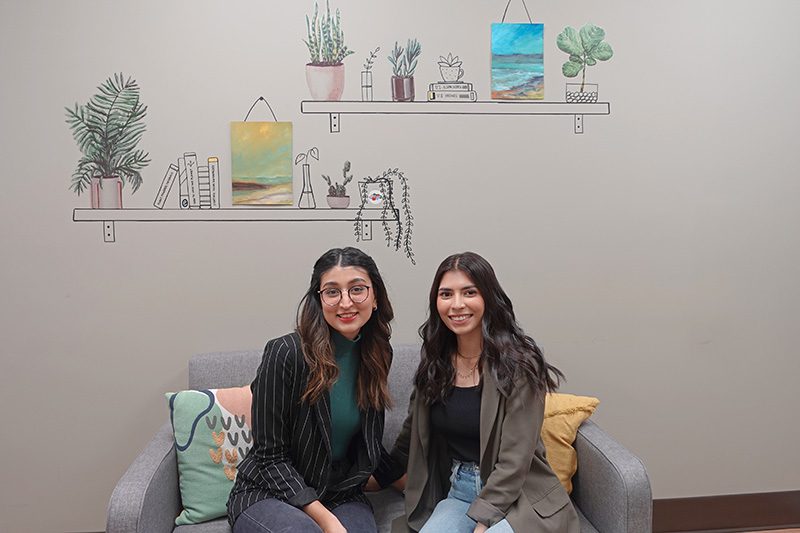 Kritika Tyagi and Nuha Siddiqui, co-founders of Erthos, are working with the federal government on ways to label and certify compostable plastics. Photo credit: Courtesy of Erthos

“We are working with the government of Canada to understand how we can label and certify compostable plastics to allow them to be sorted according to their end of life,” says Kritika Tyagi, co-founder of Erthos, a materials science startup in Mississauga. She explains that as the industry grows, there will need to be clear and consistent labelling to ensure a compostable, say, spoon, ends up in the correct bin.

Erthos creates plant-based alternatives to conventional plastic that use waste and by-products from a variety of agricultural sources. Yet despite the novelty of plant-powered resins, the material is still fully compatible with existing manufacturing technology — no need to buy new machines to switch over.

Tyagi is convinced there’s still a place for single-use items, as long as they’re part of a circular system that gives back to the Earth. After all, many people can’t afford to shell out $12 for a reusable bamboo fork or metal straw. “A lot of conversations around removing single-use plastics entirely marginalizes a whole group of people who end up being underrepresented,” she says.

In reality, the task of dealing with the 400 million tonnes of plastic waste the world produces each year is too large for a single player or a single solution. “People are saying, ‘Well, should we rely on recyclables, reusables or compostables?’ The problem is so huge and the amount of plastic waste so vast, we need all three solutions to work together,” says Tyagi.

Clear labelling would make it easier to ensure compostable single-use products get disposed of correctly. Tyagi suggests checking out How2Compost for guidance on compostable plastics.

One of the biggest barriers to change is the misalignment of bioplastics with current recycling infrastructure, says Robert Celik, who handles growth and partnerships for Genecis Bioindustries, a cleantech company in Scarborough. Some municipalities, he points out, don’t even have composting facilities.

“Those systems are not designed for novel materials coming into the pipelines,” he says. “A lot of the policy relates to the fact that the waste industry is not ready to take new biomaterials at scale.”

The federal government’s focus on eliminating plastics before scaling up alternatives is in response to that reality. “It’s a step in the right direction,” says Celik, referring to the Liberal’s ban. “But it loops bioplastics and biopolymers into the same category as single-use plastics. That will be resolved in the long term, but in the short term that stifles innovation on the material side.”

Genecis converts organic waste into bioplastic using bacteria cultures. In a recent pilot project with Sodexo-Campbell, the maker of Campbell Soup, Genecis helped divert 1,430 kg of organic waste from landfills at its Toronto facility and create enough bioplastic for 6,332 spoons.

Genecis’s goal is to entice major brands to use the eco-friendly plastics in packaging, food services, agriculture, textiles and other industries to reduce the 18-billion pounds of plastic polluting the Earth’s oceans each year.

“There’s a huge upside in developing a material that does not produce microplastics and will break down on human timeframes,” says Celik. It takes about 18 months for the bioplastic to degrade as compost, or a year in the ocean.

But because many of these biomaterials are still so new, they’re not yet available in large enough qualities to entice companies and governments to invest in an overhaul of their waste collection and composting infrastructure. Without that, however, how is the bioplastic to be disposed of in the way it’s intended?

Celik is hopeful though. Already the company has aligned itself with small waste hauler Rethink Resource, which has implemented a one-bin system at a number of restaurants in the Toronto area for compostable materials and food waste. They also work with StormFisher, a company in London, Ont., that provides Genecis with food waste to upcycle.

“By creating one bin and simplifying it for the consumer, it’s the least-friction pathway to create a circular economy,” says Celik.

Sometimes, it pays to think outside the waxed takeout box and find a way to turn common materials into eco superstars to give miraculous plastic a run for its money.  Nfinite Nanotech in Kitchener — using the tagline, “saving the planet one atom at a time” — makes an aluminum oxide nanocoating for environmentally friendly packaging that creates a better moisture and oxygen barrier. Food stays fresh longer.

Only 50 nanometres thick, far thinner than a sheet of paper, the product is inert, safe and doesn’t interfere with recycling or biodegradability. “One of the big challenges in the industry is to create shelf-stable products and to retain the freshness of the food for one or two years,” says Chee Hau Teoh, chief executive and co-founder of Nfinite “Packaging looks so simple, but it’s so complex.”

Back at Genecis, the company’s next step is to launch branded products directly to consumers. Think everything from fashion to kitchenware. The hope is that by picking up a pair of biodegradable sunglasses made from plastic that used to be last year’s organic waste, the point will have been made: it’s possible to create treasure from trash and back again.

“I mean, the options are endless,” says Celik. “There are really so many applications for alternatives to plastics.”

5 emerging — and encouraging — trends in cleantech