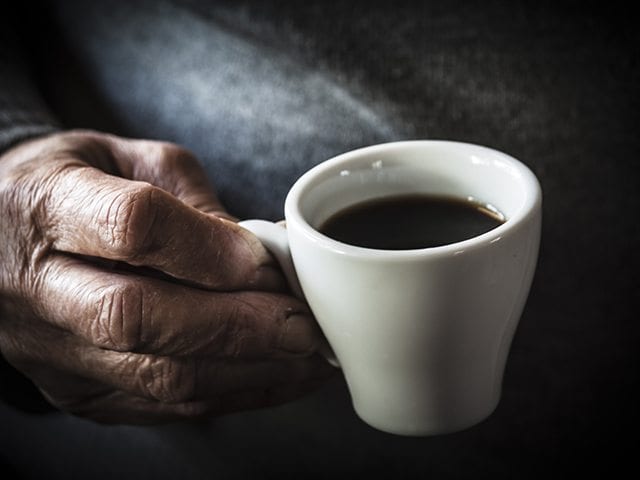 For people with tremors, tasks as simple as pouring a cup of coffee can be incredibly difficult. When Mark Elias saw his grandmother, who has essential tremor — a common disorder that causes involuntary shaking — struggling with simple tasks, he knew he had to do something.

He wasn’t just thinking of his grandmother though. An estimated 230 million people worldwide (around 11 million in North America) have tremors, he explains, most caused by two common conditions, essential tremor and Parkinson’s disease.

“It’s a much bigger problem than people think,” Mark says.

With a background in structural engineering, Mark was used to tinkering with things to understand how they work. After meeting his co-founder, Emile Maamary — a business development professional who happened to be his neighbour and also has a grandmother with tremors — Mark knew that with their combined skillsets and shared experience they could tackle this problem together. They launched Steadiwear in late 2015 in an effort to create a life-changing solution for the millions of people who struggle with tremors.

At the time, the only solutions on the market were task-specific products, medications or invasive procedures and treatments. The Steadiwear team had a different idea — they developed the Steadiglove, a non-invasive solution that patients could use for any activity.

The Steadiglove is a lightweight, compact battery-free glove that stabilizes the wrist. While the core technology consists of a simple ball-and-socket joint, the differentiator is that the glove is lined with a non-Newtonian fluid that responds differently to varying motion speeds, much like the way cornstarch and water interact when mixed together. When you move something slowly through it, the solution behaves like water, but as soon as you start moving quickly, it hardens. Similarly, the fluid in the Steadiglove hardens when tremors are strong (thus reducing them), while still allowing for voluntary movements (which are generally slower and more controlled).

The ball-joint design makes the glove flexible enough to accommodate the patient’s natural hand movements. Steadiwear has also partnered with Boa — the company behind a revolutionary fit system — to develop a glove that has the benefits of a custom fit, without actual custom fitting.

Before putting its product to market, the Steadiwear team is setting up its first production run and is also running pilot studies. Then, the team will build on customer feedback to fine-tune its mass-production process, aiming for a market launch in the third quarter of 2018.

Many health tech startups face years of regulatory navigation before they can enter the market, but Steadiwear’s product is a Class 1 medical device, which translates to a more straightforward entry process. Since the company has already registered with Health Canada, it can target the Canadian market right away, providing relief for the one million Canadians who suffer from tremor-related disorders.

In order for entrepreneurs like Mark to focus on product development and grow their companies, they need access to adequate funding and support. Last year, Mark attended Canada’s largest health investor conference, RESI on MaRS, to make connections with the investor community.

“It’s one of the most fruitful conferences I attended,” explains Mark. “You’re on the floor and you can network with individuals in the industry and, at the same time, you have one-on-one meetings lined up with the people most relevant to you.”

Steadiwear won first place in the RESI Innovation Challenge, which allowed Mark to attend another RESI conference in Boston for free. He believes the relationships Steadiwear was able to establish at RESI will continue to be fruitful as the company grows.

If you’re interested in connecting with health investors, the next RESI on MaRS conference takes place in Toronto on April 10, 2018. To learn more and register, visit RESI on MaRS.