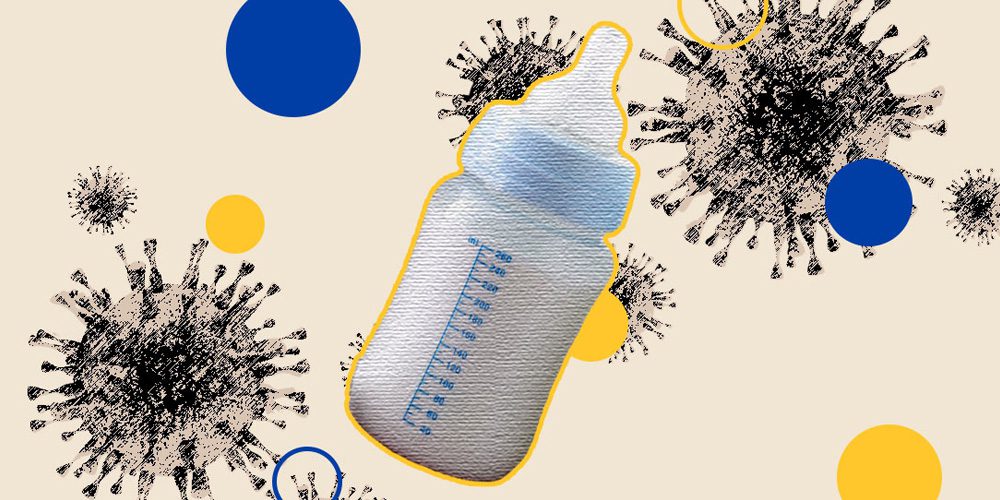 Biotherapeutics startup Lactiga has discovered unexpected benefits found in breastmilk that could contribute to therapies for COVID-19, HIV and cancer.

The intensive care unit doctors and nurses were so exhausted, Dr. Sharon Unger almost didn’t want to ask. But as COVID-19 patients flooded Toronto’s Mount Sinai Hospital during the pandemic’s recent third disastrous wave, she approached the ICU department with a question anyway: Would they allow her to help new mothers who had just delivered babies in the ICU express their breastmilk?

To Dr. Unger, the medical director at the Rogers Hixon Ontario Human Milk Bank at Sinai Health in Toronto, the question could be a lifesaver. Still, she felt almost sheepish asking it.
“They’ve got so many COVID-19 patients in the ICU and they’re so sick,” she says she remembers thinking at the time. “The staff were run off their feet. But they were so supportive.”

Soon the team was working to help the incredibly ill women express milk with the hope that once they recovered, they would still have the ability to breastfeed, giving their babies the gold standard of infant nutrition. The milk might also offer the newborns something else: some protection against COVID-19.

Breastmilk contains everything a baby needs in the first months of life, and its composition changes depending on what the mother is exposed to. If a mother catches, say, a cold or flu, she creates antibodies that are passed on through her breastmilk and form a protective layer in her baby’s nose, throat and digestive system. Breastfeeding has been linked to fewer infant middle-ear infections, colds and allergies.

Dr. Unger admits that initially she and the other researchers at University of Toronto and the milk bank, which collects breastmilk from women, pasteurizes it, and provides it to medically fragile hospitalized infants, weren’t even sure if the same would apply to COVID-19. Would the virus contaminate the milk? Could babies get sick by drinking it? There was worry that, like the fallout from HIV, COVID-19 might shut down milk banks entirely. In the pandemic’s earliest days, there were so many unknowns.

But by the time Ontario reached its third wave, researchers knew milk from lactating mothers contained the special antibodies against the COVID-19 virus, which would pass viral immunity to their infants. That fact speaks to how much global researchers learned about SARS-CoV-2 in record time.

Since then, researchers in Toronto and around the world have uncovered some intriguing evidence that not only put fears to rest, but also opens up a world of innovative therapeutic possibilities for antibodies found in human breastmilk. They’ve discovered not only can the COVID-19 virus be killed by pasteurization (something the milk bank does with all milk anyway) but there are immune properties in human milk that actually neutralize it and block infection. What’s more, multiple studies, including those in New York, Israel and Toronto, indicate that COVID-19 patients pass on those protective antibodies to nursing infants through their breastmilk, and newly-vaccinated mothers seem to have that superpower, too. More results are coming.

Dr. Rebecca Powell, an immunologist at the Icahn School of Medicine at Mount Sinai in New York City, conducted some of the earliest antibody research. Just as the U.S. city started grappling with its first wave back in March and April 2020, she put out a recruitment call on social media asking new moms who either had contracted COVID-19, or thought they might have had it, to participate. The mothers needed to express or pump extra milk, which was then collected and analyzed for the study.

“It just caught fire. We’ve never had an issue getting participants,” Dr. Powell says. So far, more than 1,000 COVID-19 recovered women have taken part, and Powell’s team still get emails from new mothers willing to participate.

Her newest research, a vaccine study started in December 2020, has also generated enormous response as hundreds of breastfeeding doctors and other nursing healthcare workers spread the news through word-of-mouth as they shared their milk for analysis. That research examines the antibody response in milk after vaccination and tries to answer three questions: How strong is the response? How does it happen? How long does it last?

The COVID-19 antibodies in milk turn out to be of a robust variety called immunoglobulin A, or IgA. IgA is polyclonal, meaning it’s derived from a number of different cells within a mother’s immune system and can recognize multiple sites on a target — such as the COVID spike protein. That quality is particularly important as variants pop up. While a monoclonal antibody, like that found in blood, may not recognize the new mutating protein spike site and become ineffective, IgA would still neutralize others. It could offer some protection against variants. Soon Dr. Powell will be able to compare results between mothers who have recovered from COVID-19 and those who have received the vaccine.

This has really opened up a lot of public interest in milk science and made people recognize that milk is very special.

“It all seems to be a lot of opportunity,” she says. “This has really opened up a lot of public interest in milk science and made people recognize that milk is very special.”

Nursing babies don’t actually launch their own immune response to COVID-19 by drinking antibody-laced milk though. Instead, the milk offers what Dr. Powell calls, “passive protection.” Swab a baby’s mouth after feeding, and the antibodies are there as well as in the nose and respiratory tract. Essentially ground zero for virus transmission.

And that’s one of the reasons why antibodies in human breastmilk could be useful for far more than simply giving babies extra protection against the virus, says Viraj Mane, co-founder and chief scientific officer of Lactiga, a biotherapeutics company in Toronto that is collaborating with Dr. Powell. Based on her milk immunology research, Mane’s company is hoping to use human breastmilk to create the next generation of anti-infectives, medicine that inhibits infectious organism spread or kills it, and battle pathogens.

IgA antibodies in breastmilk are stable in the respiratory tract and even in the acidic gastrointestinal tract, two areas that COVID-19 targets. So instead of relying on convalescent serum that depends on blood donations and a slow infusion drip, protective antibodies in breastmilk could potentially be isolated and treated, then sent straight to the source of infection. Think using a nebulizer inhaler that gently delivers antibody-infused mist through breathing. Or even an oral product that hits the gastroinestinal tract.

“If you compare them to the multi-hour infusion required for existing therapies, that’s a very different patient experience,” says Mane.

The work is at the pre-clinical stage now but is expected to move to clinical trial by 2022. That is, if all the regulatory stars align.

Either way, the possibilities for the breastmilk derived therapeutics could theoretically reach far beyond COVID-19. In fact, before the pandemic, Lactiga was already focusing on patients with immunodeficiencies and rare congenital conditions. Mane says the therapy might also make sense for patients whose immune systems are compromised for other reasons, too, such as HIV and chemotherapy patients.

There’s one more reason Mane and researchers like Dr. Powell are working to turn proof of concept into a usable therapeutic: COVID-19 won’t be the last pandemic, and there will be a need for flexible therapeutics. If a treatment can easily be built on the back of others that came before it, the next outbreak might not be so deadly.

“It’s only a matter of time until some other type of pandemic manifests itself. But the core technology we’re developing is almost agnostic of the particular germ,” says Mane. “The technology and workflows would essentially be identical, and if we have approvals in place for our current development, we could ramp up the technology that much faster in the future.”

But for now, healthcare workers like Dr. Unger will continue to help nursing mothers give their infants a good start with proper nutrition and protection from COVID-19. She says many of the ill mothers from the third wave eventually recovered and were thankful to have the opportunity to feed their babies later. And as more pregnant women get vaccinated and fewer end up at the ICU, there’s new hope, too.