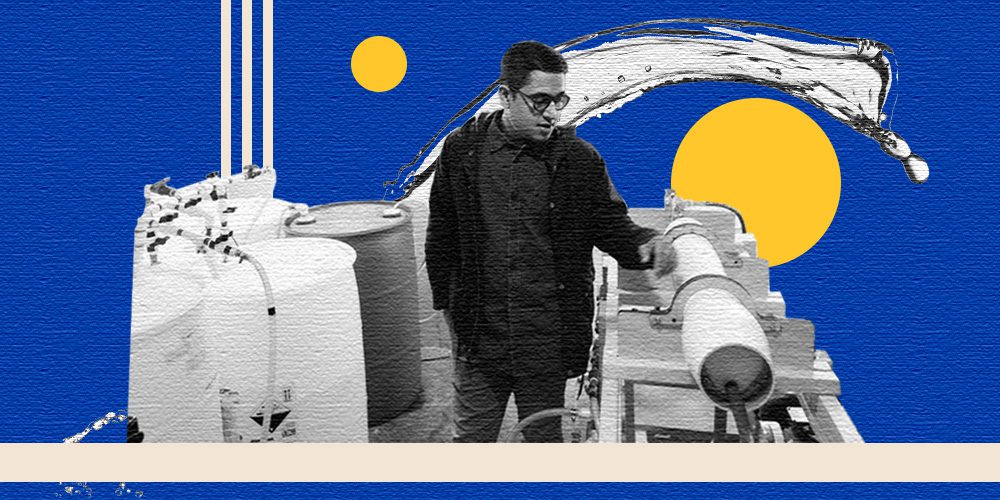 Canadian tech companies are already leading the resistance: Sentry Water Tech, Mantech and Pani Energy are working to clean and protect the planet’s most precious resource.

The numbers are stark: Around the world, an estimated 785 million people do not have access to clean drinking water and a billion more live in water-stressed areas. The growing climate crisis is magnifying the threat to water supplies — arid regions are becoming drier, and flooding is becoming more frequent in water-rich areas. And the energy-intensive treatment of wastewater only compounds the issue, accounting for an estimated three percent of greenhouse gas (GHG) emissions globally. That’s more GHGs than Canada emits annually.

In other words, communities need better — and smarter — ways to treat and manage water resources. The digital revolution, however, is starting to trickle into the world’s water treatment industry.

A strong lineup of Canadian cleantech firms are commercializing technologies based on digital sensors and artificial intelligence, which let utilities and industry optimize their water-treatment performance at lower costs and with reduced energy consumption. These cleantech firms, however, must overcome the innate caution of an industry that is driven by the twin imperatives of regulatory compliance and avoidance of errors that can cause human illness and environmental damage.

“There is a real opportunity for Canada and for the private sector in Canada to step up — not just within Canada but also from an export perspective to help achieve U.N. sustainability goals,” says Dr. Corinne Schuster-Wallace, a water expert and geology professor at the University of Saskatchewan. “There are lots and lots of places where innovation can occur and is occurring in drinking water and wastewater treatment.”

Digital solutions offer a way for communities to upgrade their operations without massive capital expenditures. Across the country, companies that specialize in sensors, data collection, analytics and robotics are growing rapidly, looking to compete in the $1-trillion global marketplace for water technology.

Canada has a strong history of successful water-technology companies to build on, including Oakville-based Zenon, which pioneered efficient filtration technology in the 1980s and ’90s and is now owned by French giant Suez. Ontario alone counts 900 water-industry companies including 300 early-stage technology developers. Invest Ontario calculates that $14 billion is spent annually on industrial, university-based and private-sector research.

The wastewater treatment sector is ripe for innovation, especially information technology that lets them improve performance without making big capital investments, says Patrick Kiely, CEO of Sentry Water Tech. “From a pure energy perspective, these facilities aren’t being operated in any sort of efficient manner at all,” he says. “There is very limited optimization in place.”

The company uses sensors that combine biological compounds and digital technology to track pollutants in wastewater. This allows treatment plants to finely tune operations to hourly conditions, which is both more energy efficient and reduces the need for costly chemicals. In Montague, P.E.I., for example, a Sentry alarm system provides a signal when the local brewery discharges its wastewater into the municipal system, permitting plant managers to adjust their treatment operations.

Sentry calculates it can shave 20 percent off the operating costs of plants, while improving performance by targeting specific pollutants in the waste stream. So far, the company has installed its patented bio-electrode sensors at close to 100 water-treatment plants around the world, and is targeting Southeast Asia, California and Japan for growth.

Guelph-based Mantech offers a similar approach with nanotech sensors that detect bacteria and other contaminants, providing immediate feedback for water plant operators. Its analysis gets results within three to 10 minutes, compared to the 10 hours to three days that standard methods take — and does so without using harmful chemicals. Annually, this can help save $20,000 for a small operation to as much as $3 million.

Mantech, says CEO Robert Menegotto, “is now in the sweet spot where things are taking off.” It now has both corporate and municipal customers, including Suncor and the municipal utility in Pasco County, Fla., and has increased staff from 16 employees in March 2020 to a planned 40 people by the end of this year.

Using the power of the cloud

Water treatment plants “have been underserved by digital technologies and have a tremendous opportunity to reduce their operational costs and risk, and just run better, by using data,” says Devesh Bharadwaj, CEO of Pani Energy.

A native of New Delhi, Bharadwaj started Pani in 2017 just before graduating with a mechanical-engineering degree from the University of Victoria. He wanted to focus on one of humanity’s greatest challenges and seized on the idea that optimizing water-treatment plants helps tackle two related problems: reducing costs to make treatment more available, and cutting the GHGs associated with water treatment.

While Sentry and Mantech provide the sensors to assess water quality, Pani Energy offers a cloud-based software program that uses artificial intelligence to analyze how a water treatment plant’s performance compares with its ideal operations. The Victoria-based startup is partnering with industry giants, including India’s Tata Projects, Saudi Arabia’s Abunayyan Holdings, and U.S.-based Aquatech International to incorporate its software and dashboard-display technology in new control systems.

Last year, Pani secured $2.8 million in financing from Sustainable Development Technology Canada to accelerate the development of its award-winning plant-optimization technology. Bharadwaj is looking to scale his company so it could be used in a variety of applications, including traditional wastewater treatment, desalinization, and plants that render wastewater back into drinking water.

While countries like Saudi Arabia are turning to desalinization to secure new sources of drinking water, there is tremendous growth possible for technology that lets municipalities reuse wastewater, Bharadwaj says. Cities such as Los Angeles and Singapore are adopting reuse technology, which requires a fraction of the energy used in the desalinization of seawater.

Tech startups often face a challenge in persuading water-plant operators to adopt new technology, even if it offers demonstrably better performance and lower costs. That’s due in part because many water operations are highly regulated and often government owned. Cost containment is not a primary motivator, says Ronald Hoffman, an engineering professor at the University of Toronto.

“The primary mission for people who give us safe water is to protect health — human and environmental,” says Hofmann. “So, if someone comes along with a new technology, and if the current technology is already meeting all regulations, it’s hard to justify taking a chance on something new.”

However, climate change may soon change that, he says. Growing water shortages and increasingly heavy rainstorms will require the water treatment industry to deal with challenges they have yet had to face. As Hofmann says, we may soon see “absolute water scarcity on a scale that we haven’t seen before, and that might flip things on their head.”

Want to learn more about what it will take to build a sustainable and prosperous planet? Meet the Mission from MaRS Climate Champions.