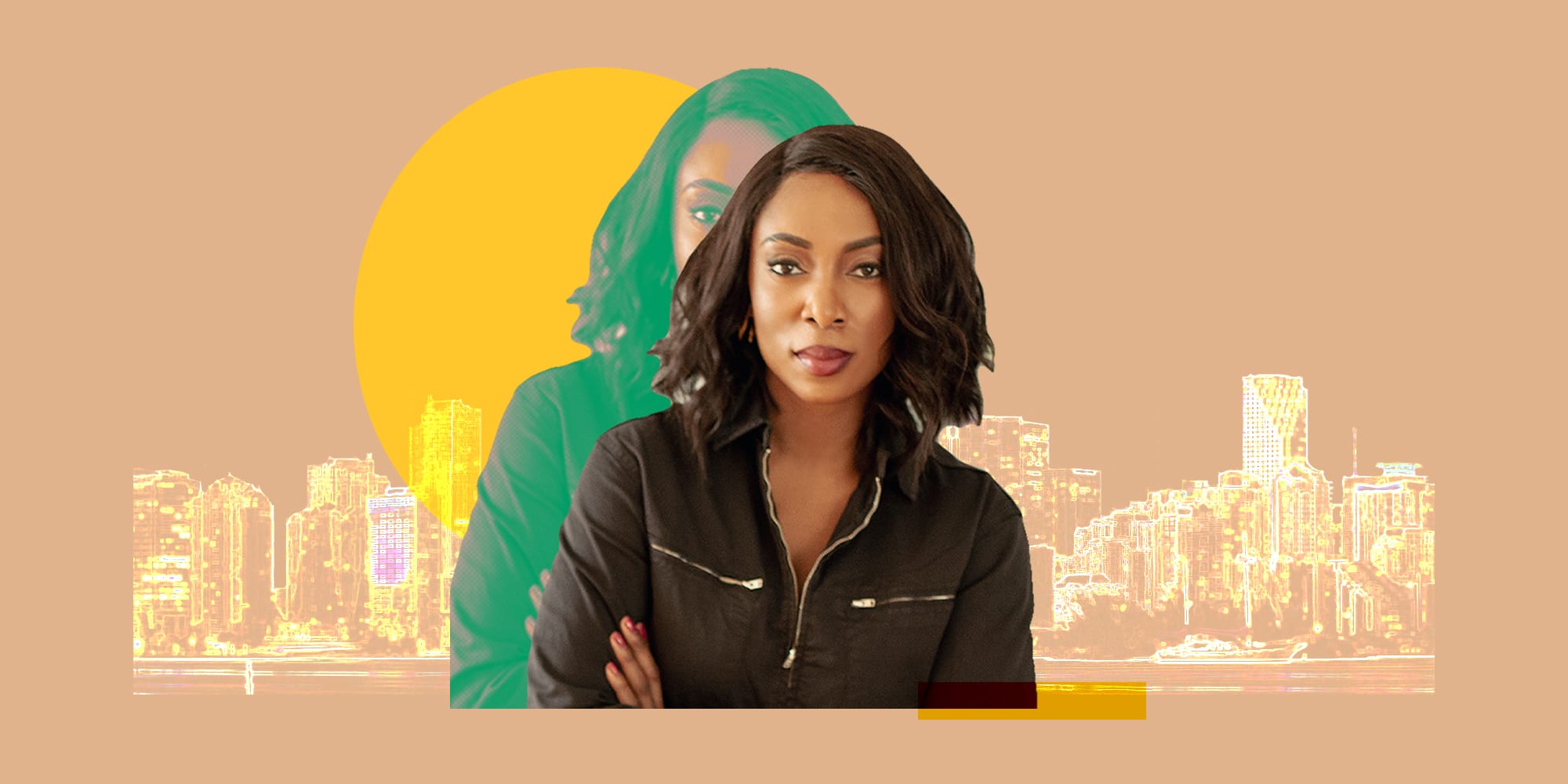 What will it take to build the city of the future? Jessica Matthews explains how smart city infrastructure offers both security and opportunity.

Jessica Matthews is founder and CEO of an infrastructure company that aims to transform how cities are built. Her New York-based startup firm, Uncharted Power, makes modular sidewalk pavers that help cities streamline the installation, maintenance and management of critical infrastructure, such as power lines, broadband and water pipes. She’s one of Fortune’s most promising female entrepreneurs, she has been on multiple 30 under 30 lists and she’s one of Harvard University’s scientists of the year, with 12 patents and others pending.

During MaRS Impact Week, she spoke to CBC tech columnist Manjula Selvarajah about what it really means to build a city — and a company — from the ground up.

Manjula Selvarajah: New York City has had a difficult time during the pandemic. How are you doing?

Jessica Matthews: This year was insane for any small business owner, especially in hardware, but I feel really fortunate. We shifted to remote, decentralized teams last March 11. At first, it was just about stabilizing the company, trying not to have to furlough anyone. Then we realized we had a very interesting opportunity, because everything we’d thought and believed to be critical but not urgent was suddenly urgent.

There’s been an incredible acceleration in infrastructure for a post-COVID world. It’s been nice to have the team focused on developing something that is so urgently needed. Especially with Joe Biden winning the U.S. presidential election: We now feel confident knowing that there will be a push toward smart, resilient, climate-friendly infrastructure. We’re positioning ourselves to help municipalities take advantage.

Selvarajah: Your idea is to take city infrastructure from over our heads and put it under our feet. Paint us a picture of what that looks like.

Matthews: Every city has ground, and almost every city has sidewalks, and yet these are a city’s most underutilized assets. We’re not usually thinking about the sustainability of smart-city infrastructure, because there is no easy way to integrate those things above ground. You have overhead power cables; you have the constant milling for fiberoptic cables; you have questions about how to scale electric-vehicle charging stations when you have to keep messing around with where you put them. How do we transform the ground into the right-of-way of the future? It should be like smartphone infrastructure, where it’s easy to download or uninstall apps in order to get more from your device.

What we’ve done is create a physical and digital platform that transforms a city right-of-way so you can use a wider marketplace of solutions. There are so many amazing smart-city tech solutions that are too difficult for cities to install — but imagine them as apps just waiting to be downloaded. We’re giving the city an app store. We have this upgradeable ground that you can open up and close without fear of obsolescence. We have a single-pane dashboard, where you can see everything and how it works together, for better interoperability. We have single-board computers in each of the pavers, a true edge cloud that all of these smart-city solutions can live and scale on.

Selvarajah: You have a pilot under way in the city of Poughkeepsie, N.Y. What are you building there?

Matthews: I love Poughkeepsie. It’s not big fancy New York City; it’s just a city that wants to do right by its 30,000 people. They have infrastructure problems and limited budgets, but they want to serve their citizens by providing basic things like aesthetically pleasing sidewalks and Internet access. Twenty-five percent of the students were unable to go to school because they didn’t have wi-fi access. Parking is a massive issue. We’re saying, here’s how we can transform your sidewalks into the platform you need so you can start getting the things you want. We’re installing our system and giving them the full service. We’re going to show how a city that has a very limited budget can add smart-city solutions while lowering costs. It all starts with the sidewalks.

Selvarajah: To me, that doesn’t sound like such a small change. You’re really talking about disrupting how things have been done for years.

Matthews: You’re right. It’s a couple of industries we’re disrupting. Right now, infrastructure is being developed in silos, and that is really the core problem. We have technical silos and we have integration, planning and bureaucratic silos. We have teams working on sidewalks and roads and they’re just doing their own thing. Then you have the utilities. They do some interfacing, but they have an archaic grid system. Then you have all these smart-city solutions and the city planners who want them, but they don’t really know how to mix it all together. We’re saying, all of you really need to be working together, and it’s going to save you money while giving you more opportunities.

Selvarajah: How do you make it less complex and difficult?

Matthews: First, the ground needs to be more accessible and serviceable, so we designed our system with fibre-reinforced polymer. It’s more durable and more sustainable than concrete, but designed in a way where you can open it up with the right tools. Now you have accessibility, which makes it so much easier — everyone else is worried about “dig once” and obsolescence by the time you actually get the permits.

Second is providing interoperability. The dashboard isn’t just for smart traffic lights or street lights. It’s so all the smart-city solutions can just plug in. That’s also going to help with integration planning. Then you have the marketplace, which lets these things work well with each other. It needs to be like an app store that supports the procurement process and cuts things from six years to six months.

Third, we think the long-term play is the edge cloud. We’re making the ground itself become the decentralized data centre that enables this future. That’s what really allows us to leverage machine learning and artificial intelligence, to make this so streamlined that it’s beyond cost-effective. It could even start generating revenue for the cities.

Selvarajah: You mentioned the change in administration. How do you see it affecting innovation across the sector?

Matthews: We’re really excited, because it looks like they’re not only pushing for infrastructure that’s more resilient, but also building a bridge to the future in terms of autonomous vehicles and all these things that we know we need. They’re focused not just on what’s shovel-ready, but what’s shovel-worthy. That means that smaller companies like ours, which have great ideas but haven’t deployed in half the country, have a chance to scale. If we’re just doing shovel-ready technologies, you’re going to get 1986 solutions. Shovel-worthy is usually the things that have been done in smaller pilots at a more local scale before they get federal support. I think we’re going to see that across the smart-city industry.

Selvarajah: What has it been like for you, as a woman of colour, to find funding?

Matthews: It’s definitely been tough, because you do need to be heavily capitalized. There are funds designed for founders of colour and female founders, but they’re usually not funds that have expertise or an investment thesis related to infrastructure. So, you really have to bridge the divide to the investor who expects to see someone that looks like him on the other side of the table. We’ve had to be more creative with the way we’ve gotten funding and the way that we think about testing and pushing things forward.

Selvarajah: And now you have some big names funding you.

Matthews: We’ve gotten early investments from Kapor Capital, Magic Johnson, more recently from BBG Ventures and David Siegel, who’s from Two Sigma, the data-backed hedge fund. We often get through to people by having an even stronger message or stronger core technology than our peers. In some ways, it’s been a benefit, having to do twice as much with half the resources. We’ve had to make sure what we’re doing makes a lot of sense just to get in the room. I do think that steels us for the future. By forcing us to go through the wringer, they created a monster — a company that can’t be killed.

Selvarajah: I find it interesting that you say universal access to smart, sustainable infrastructure is a human right.

Matthews: I think all we’re really looking for when we say “smart” is a world that gives us security and opportunity. There’s an African proverb that says we hope to bequeath two things to our children: roots and wings. This talk about smart and sustainable is really just meant to give us roots, to make us feel grounded and secure in our towns in our communities. But it’s also to make us feel full, in terms of what our lives can be and what we can accomplish. That is the human experience: security and opportunity. We have one life, but I’ve had people in my own family who died not feeling that security, that opportunity, that hope. I’m not sure there’s a bigger travesty than a life that feels so unfulfilled.