What Canadian telemedicine companies could learn from Denmark 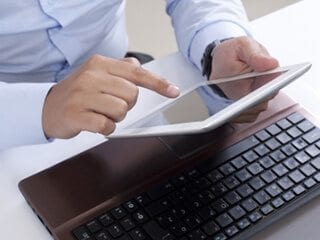 Countries around the world are facing a similar challenge: How do they provide healthcare to populations that live longer than previous generations, suffer from chronic illnesses and expect easier access to health information?

One way to do it is to take inspiration from countries and companies that are already succeeding. MaRS recently hosted Danish Innovation for Canadian Healthcare, a seminar that explored healthcare collaboration opportunities between Canada and Denmark, and also brought a number of Danish health entrepreneurs interested in the Canadian market to Toronto.

On paper, the Canadian and Danish markets face similar issues, including over-burdened public healthcare systems and aging populations. While Canada has excelled in areas like health research, Denmark far exceeds it as one of the world’s leading countries using health technologies.

Telemedicine is a growing sector of healthcare that enables health providers to monitor their patients and intervene outside of clinical and hospital settings by using devices to remotely collect, store and communicate health data. It also has huge implications for countries like Canada, which are geographically vast with many rural communities. In Ontario, there are already initiatives such as the Ontario Telemedicine Network, which provides telemedicine solutions, and companies such as MaRS venture client QoC Health, which makes remote patient monitoring easier and less costly.

Henrik Ibsen, CEO of Silverbullet, was one of the Danish entrepreneurs visiting Toronto. Founded in 2004, Silverbullet is one of the key companies responsible for the digital transformation of Denmark’s healthcare system.

Ibsen and his team have now developed OpenTele, a telemedicine platform that is already being used by the Danish government. OpenTele makes it possible to collect data for monitoring patients in their own home. Users are presented with questionnaires for assessment purposes, and given instructions to take their own measurements. For example, patients can carry out their own measurements of blood sugar and input it into their records, letting them take part in their own treatment for diabetes.

Telemedicine has been found to help lower hospital re-admission rates, increase patient satisfaction and save money through reduced complications. Ibsen is now looking to expand into other markets, one of the reasons for his visit to Canada.

“I find it extremely interesting that the Canadian market is very similar to the Danish market in many ways. This makes Canada very attractive as a starting point for dissemination in North America, as I find the US market rather complex with all the insurance companies and autonomous hospital chains,” Ibsen said.

The use of telemedicine in Denmark is widespread. On average, every Danish adult visits 6-7 pages on the national health portal annually. And while a gap in degree of use among different age groups due to digital literacy was an initial concern, surveys show that the portal is used by both younger demographics (30-40 years of age) and by older demographics (60-70 years of age).

What makes OpenTele appealing for other markets is that it is low cost, open source and scalable. It’s delivered through a software-as-a-service (SaaS) model, making it available at a competitive price and allowing for the development of a community around it. Ibsen says that by letting doctors be a part of the user-driven design process, for example, his team was able to capture the most important priorities for doctors when they use IT systems. For example, a platform that is self-explanatory and intuitive for new users, efficient for seasoned users, and a simple and focused tool for remote monitoring.

OpenTele also capitalizes on a growing movement in healthcare toward patient empowerment. By allowing patients to keep track of their health information, health provider time is freed up from unnecessary appointments.

“As patients get a taste of control over their chronic disease, they will continue to demand control and empowerment for the rest of their lives, and develop more specific demands and tools for doing things themselves that improve quality of life. There’s no going back, which means that systems like OpenTele will raise the bar for acceptable system functionality in terms of patient empowerment,” he said.

Ibsen points to current uses of telemedicine such as pregnancy monitoring, which are spurring patient empowerment. Uses like these are applicable to patients no matter where they live.

“Take, for example, a woman who has daily cardiotocography (CTG) monitoring during pregnancy—used to test a baby’s heart rate. With OpenTele, she doesn’t have to go to the hospital. Each day a doctor or midwife checks the readouts of her baby and herself, giving her more peace of mind in the pregnancy. Whenever this mother connects with the healthcare system again, she will demand empowerment at the same level, and actively seek it out. I expect patient empowerment to become a popular demand, gradually becoming a basic right for patients,” he said.

So why is Denmark so ahead of the telemedicine curve? Among other reasons, certain conditions exist in Denmark that have made it possible, such as a strong push by the Danish government toward integrating health IT into the health system and pulling in private companies.

“In Denmark, the government is defining reference architecture [for health software] and using it to validate the specific solutions on the market. This works in aligning the suppliers and solutions, and creating a convergence in the market, which is needed to make progress,” he said.

“Whenever we want to do something with nationwide consequences, everyone needs to get in on the meeting. The big secret to success is, ‘Don’t ask.’ Find the people who can sponsor you for a pilot. Once you’ve demonstrated the viability of the product, you can gain more visibility and get through the legislation,” he says.

“It’s a rebel idea, but it’s something I’ve been doing for the past 10 years. Every time we’ve succeeded, we did it by making a fantastic project without asking anyone.”

Ibsen has big plans for OpenTele, spurred on by connections made with potential partners during his visit to Canada.

“Our biggest challenge right now is to become certified by the EU version of the US Food and Drug Administration. This will finish by April 2015. Through this certification, we can make the platform available for Denmark and the rest of the world as a medical device class II, and thus enable serious clinical use of remote monitoring,” says Ibsen.

Learn more about OpenTele by viewing their profile presentation below.