Canadian researchers are at the forefront of promising therapies that leverage the regenerative potential of stem cells to repair the body. 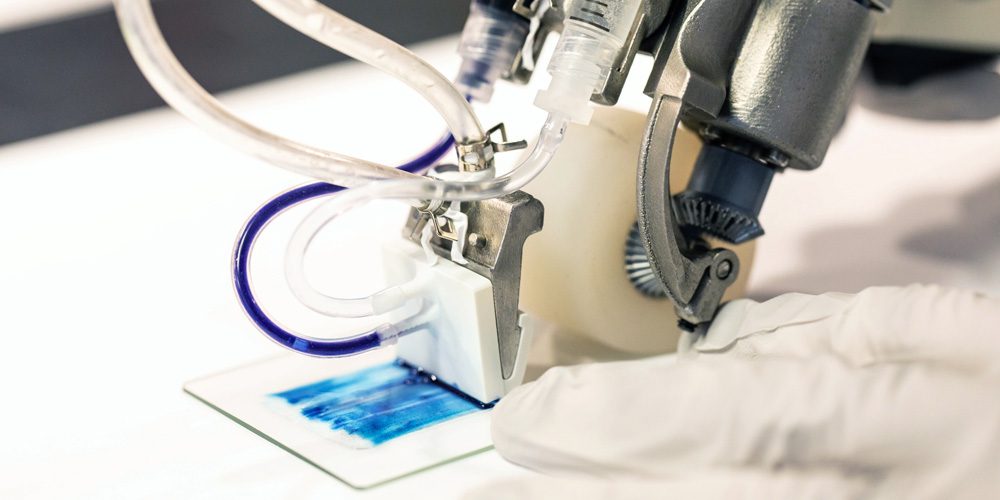 This week, scientists sent stem cells to the International Space Station to test whether they might grow faster in zero-gravity. The reason? Stem cells, which trigger regrowth in damaged tissues, are seen as one of the most promising areas for creating new therapies, and demand for them is growing rapidly.

We’re a long way from having bioreactors creating stem cells in orbit, but down on the ground, scientists are inching closer to new cell-based treatments. Here are four ways Canadian scientists are pushing the boundaries of cellular medicine.

Doctors could soon treat serious burns by printing skin onto their patients. Scientists at the University of Toronto and Sunnybrook Health Sciences Centre have developed a handheld device that covers wounds in a thin layer of biomaterial containing stem cells, which accelerate healing and reduce the need for skin grafts. The device could be in use in hospitals within five years.

Cells, made to order

Therapies that implant new cells or genes into patients are potential game changers for treating cancers, spinal injuries and genetic diseases. By 2024, many of those cells and genes will come from Hamilton, where the Centre for Commercialization of Regenerative Medicine is building a $580-million contract biomanufacturing facility — the largest in Canada. With 1,200 companies working on these therapies globally and demand for cells far outstripping supply, it won’t be short of clients.

If you think the liver is a homogenous blob, scientists at Medicine by Design would like to enlighten you. They created the first cellular map of the organ, showing it’s composed of more than 20 distinct types of cells. The map will help researchers better understand how liver diseases develop. It’s part of an international effort to chart every cell in the human body — of which there are 30 trillion. (Or maybe more. Nobody really knows yet.)

After a serious heart attack, your choices aren’t great: live with damaged goods or hope a transplant turns up. Researchers at McEwen Stem Cell Institute in Toronto are developing a treatment that involves implanting stem cells into the heart. Lab studies have shown these cells can stimulate the growth of new muscle. The tricky part: young stem cells rebel against the heart’s natural beat so they must first be grown to maturity outside the body, which is a complex process.

Beating bias: Can we make AI that’s more open-minded than we are?

Zap it, trap it, transform it: Canada’s innovators have some ideas for sinking our carbon problem