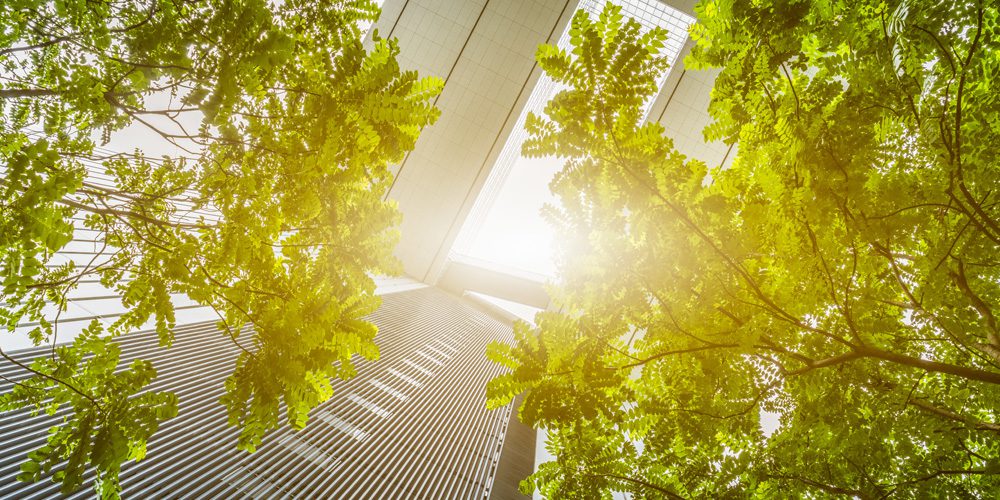 Canadian climate tech ventures — some of the top startups and scale-ups in the world — are electrifying vehicles, trapping CO2 in concrete and pioneering fusion power.

Call it an embarrassment of riches. For the last five years, the Canadian tech ecosystem has cleaned up in the annual Global Cleantech 100, a prestigious list of startups and scale-ups best positioned to grow, advance their technologies and tackle the climate crisis. In 2022, 13 Canadian firms (second in representation only to the United States) made the list, nine of them members of the MaRS portfolio.

“Canada’s cleantech ecosystem continues to strengthen its presence on the global stage” says Tyler Hamilton, director of cleantech at MaRS, and host of the 13 Canadian delegates attending this year’s Cleantech Forum in Palm Springs. “The record number of Canadian companies on this year’s list demonstrates we are more than just a cleantech innovation powerhouse — we are producing high-impact companies and commercializing climate and environmental solutions that the world needs and wants as we march to net zero.”

2022’s cohort of Canadian companies come from all corners of the country. Montreal’s Effenco, for example, electrifies heavy-duty trucks (some of the transportation industry’s worst polluters) in jurisdictions at home and abroad; while Burnaby-based General Fusion’s work on fusion power (a technology once considered science fiction) has attracted such investors as Jeff Bezos and Bill Gates.

Decades-long investment from Canada’s public and private sector has fuelled the country’s venture success. Sustainable Development Technology Canada says that its stable of 140 startups secured a record $2.35 billion in the first three quarters of 2021 — 250 percent more than the money raised in all of 2020. And economic gains are on the horizon: research from the Innovation Economy Council asserts that the global cleantech market will hit $2.5 trillion in 2022; and Clean Energy Canada predicts that roughly 650,000 Canadians will be working in the cleantech sector by 2030.

It’s a lot to look forward to: a new economy and a recovered planet, supported by Canada’s ecosystem of cleantech companies. Here are 13 of the country’s best and brightest.

Mission from MaRS Climate Champion
Headquarters: Squamish, B.C.
What it does: Carbon Engineering, a MaRS Growth venture, is on the cutting edge of direct air capture (DAC), a technology that removes CO2 from the atmosphere, putting it back underground, or using it to make low-carbon synthetic fuels. The company serves governments and large businesses chasing carbon offsets and net-zero targets.
Why it’s important: Even if every single business everywhere stopped emitting greenhouse-gas (GHG) emissions tomorrow, the planet would continue to warm for decades. A single Carbon Engineering facility (which can be deployed in any setting) can capture as much carbon in one year as 40 million trees.

Headquarters: Victoria
What it does: Pani Energy, which is in the MaRS Growth Services portfolio, uses A.I. software to optimize water-treatment facilities — increasing efficiency while reducing costs, energy consumption and emissions. Pani’s platform is able to analyze plant operations, to help lower costs, downtime and lost production, as well as ensure compliance with increasingly stringent regulations aimed at reducing water pollution. ​​
Why it’s important: According to the WWF, 1.1 billion people lack access to water, while something like 2.7 billion find water scarce at least once a month per year. Pani’s product expedites the cleaning process, as it is easy to use and fast scaling, requiring no retrofits or disruption to workflow.

Headquarters: Halifax
What it does: CarbonCure helps producers recycle CO2 and trap it in concrete forever, which makes the material stronger and lowers the construction industry’s carbon footprint. This MaRS Momentum company was named the Cleantech Group’s 2020 North American Cleantech Company of the Year, and the 2021 Carbon XPRIZE winner.
Why it’s important: Concrete is the most prevalent human-made material on Earth, while buildings and their construction account for a staggering 39 percent of emissions globally. CarbonCure offers one of the most seamless methods of turning construction sites (homes, offices, arenas, etc.) into massive carbon sinks.

Headquarters: Toronto
What it does: e-Zinc has developed a breakthrough electrochemical technology for storing energy in zinc metal. Currently raising funds, this MaRS Growth venture has already drawn the investment of Chicago’s Energy Foundry, Geneva-based Emeraude Suisse Capital and the MaRS Investment Accelerator Fund (IAF).
Why it’s important: Renewable energy — for cars, buildings and, really, everything — will be an essential alternative to coal and petrol. e-Zinc’s energy-storage solution is low-cost (about one-tenth that of lithium-ion batteries) and long-lasting (multi-day), laying the foundation for a future where energy markets are fully powered by renewables.

Headquarters: Vancouver
What it does: MineSense deploys X-ray sensors on the industrial scoops used in mining operations to instantly determine whether a load is either metal ore that should be sent for processing, or waste to be discarded. This data enables real-time decision-making that increases metal output and optimizes processing while improving ESG performance.
Why it’s important: The mining sector is a gargantuan polluter. It’s also a huge economic driver in Canada, as well as in the Latin-American nations that MineSense supports. Its tech is helping the industry transition — boosting revenue and performance while reducing emissions and mitigating impacts to water, soil and biodiversity.

Headquarters: Montreal
What it does: CarbiCrete’s patented steel slag–based innovation fosters production of cement-free, carbon-negative concrete. For every tonne of concrete produced using the CarbiCrete process, 150 kilograms of CO2 are abated or removed. Co-founder and CTO Mehrdad Mahoutian helped pioneer this technology while earning his PhD at McGill University about a decade ago.
Why it’s important: Concrete is in just about every form that is built to last — houses, sidewalks, flood barriers, bridges, etc. The traditional industry of construction has admittedly lagged in the climate revolution. This MaRS Growth venture makes it easy for concrete makers, builders and end consumers to become early adopters and, more importantly, champions of this powerful tech.

Mission from MaRS Climate Champion
Headquarters: Toronto
What it does: Opus One Solutions’ intelligent-energy network analysis platform optimizes complex power flows on the grid to save money and increase safety and efficiency. This MaRS Momentum company also helps integrate distributed energy resources (such as wind, solar and electric vehicles), as well as upgrade antiquated power stations in rural and remote regions. GE Digital recently acquired the firm.
Why it’s important: In the race against climate change, scalability (the potential for an innovation to grow and serve as many users as possible) is the goal. Good news since Opus One Solutions works to quickly upgrade utilities, clients that serve billions of people and quite literally keep the world’s lights on.

Headquarters: Montreal
What it does: GHGSat’s novel approach — launching satellites and sensor-equipped aircraft into space to monitor emissions — provides unique data and intelligence to businesses, governments, regulators and investors worldwide. The scale-up’s mission: tackle climate change by optimizing client performance and upholding environmental standards.
Why it’s important: Because GHGSat’s tech can be deployed anywhere and has a full view of the planet, the company is effectively in a category of one, setting the international standard for emissions monitoring. This MaRS Momentum company is launching three satellites this coming summer in partnership with SpaceX.

Ionomr Innovations closes in on the hydrogen revolution

Headquarters: Vancouver
What it does: Ionomr Innovations makes breakthrough membranes and polymers for hydrogen production that avoid many of the method’s dangerous practices (using massive amounts of energy and fossil fuels, for instance) and materials (such as the toxic and non-recyclable fluorine).
Why it’s important: Hydrogen, when combusted, forms water, making it a low-carbon, powerful and compact form of energy. It’s just up to Canadian innovators, like the ones at Ionomr, to clean up the production. The venture’s membranes and polymers are pushing the rest of us toward the hydrogen promise, enabling more durable fuel cells; greater synthetic fuel production; and chemical reduction in the heavy industries of lithium extraction, mining and electronics.

General Fusion wants everyone to have affordable energy

Headquarters: Burnaby
What it does: General Fusion is currently developing its proprietary, magnetized and targeted fusion system, as well as building and optimizing the subsystems that will comprise the world’s first full-scale demonstration fusion power plant based on commercially viable technology. First commissioned in early 2021 and currently being built in Vancouver, the power plant recently achieved “several aggressive performance goals” on the road to commercialization.
Why it’s important: According to The New York Times, the number of people with careers in fusion power is rising, with an estimated 1,100 people across several countries making a living at relevant startups. Know what’s also kind of amazing about the potential of fusion power? Clean, safe and bountiful energy for all people, and the elimination of fossil fuels as a source of power. For example: just one kilogram of General Fusion’s fuel is projected to power 10,000 homes for one year, the equivalent of 10 million kilograms of coal.

Mission from MaRS Climate Champion
Headquarters: Montreal
What it does: Effenco is a leader in electric powertrains dedicated to heavy-duty vocational trucks. The company reduces GHGs with its hybrid systems, which generate 30-percent fuel savings. Its fully-electric system, launching in 2023, will be emissions free. With more than 500 systems delivered to customers in 10 countries, Effenco has gained competitive advantage as an early purveyor, and the company is building off that momentum via its round of funding.
Why it’s important: This MaRS Momentum company’s technology works for new and existing trucks, meaning clients can quickly retrofit existing fleets without adversely impacting operations. The startup also applies ultracapacitors, which are better suited to the energy needs of heavy-duty vocational trucks.

Headquarters: Burnaby
What it does: Svante offers clients in emissions-intensive industries a commercially viable way to capture large-scale CO2 emissions from existing infrastructure, either for safe storage or to be recycled for further industrial use in a closed loop. Svante’s systems — equipped with an absorbent nanomaterial that has the surface area of a football field packed into the size of a sugar cube — attach to factories to capture CO2 and condense it for safe storage.
Why it’s important: The prospect of retrofitting or building entirely new factories — never mind hundreds if you’re a giant corporation — is daunting. Svante’s carbon-capture plants (approximately the size of a block of three-storey row houses) are easily added to sites, cost less than half of most other solutions and, individually, can capture one million tonnes of carbon a year, equivalent to the healing power of 10 million trees.

Headquarters: Burnaby
What it does: Let’s start with some facts — hydrogen is the most abundant element in the universe, meaning there’s a lot of it out there waiting to be grabbed. We also know that it can be transformed into virtually emissions-free power. And we know that “green” hydrogen is currently being sold on the market. The problem: making it is expensive and tough on the environment. Ekona’s patent-pending solution converts methane into hydrogen and solid carbon, both forms of alternative fuel.
Why it’s important: Ekona mainly targets big-time polluters — polluters such as refineries, chemical plants and gas pipelines that are bad for the planet, but nevertheless employ millions of people and are essential to the operations of everyday life. Crucially, Ekona’s product requires no renewable electricity or water consumption to function, and it can be simply layered over existing, industry-standard equipment.

What will it take to build a healthy, prosperous planet? Meet the Mission from MaRS Climate Champions to find out.

Disrupting the future of fintech by remembering the past