5 emerging — and encouraging — trends in cleantech 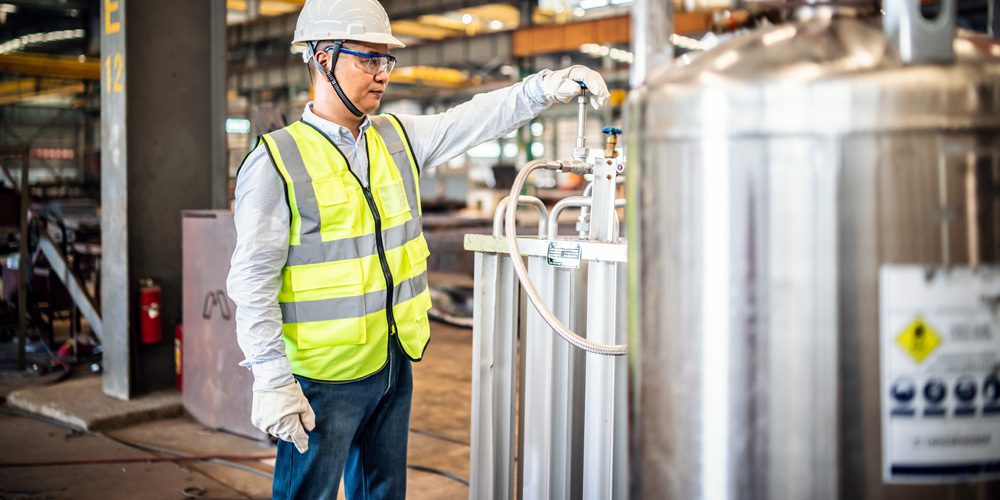 From pollution-hunting satellites to textiles made from fungi, clean technologies are moving far beyond wind farms and solar panels.

The scenes coming out of the recent COP27 climate summit in Egypt were all-too familiar. There were dire climate predictions and impressive-sounding pledges. And sure enough, everyone will be back to do it all again next year.

But away from the political spotlight, real progress is being made in the fight against climate change. The past few years have seen a proliferation of new ideas as researchers and entrepreneurs push clean technologies into almost every part of the economy. And increasingly they’re finding ways to work with nature and harness its endless capabilities to mitigate pollution and recycle waste.

These new approaches are reshaping the cleantech sector — and the future of the planet. Here are five of the biggest trends to watch.

When explosions ripped through the Nord Stream 2 pipeline in the Baltic Sea in September, a satellite owned by Montreal-based company GHGSat was the first to capture a direct view of the subsequent methane leak. Emitting 79,000 kg of methane an hour, it was the largest single leak the company had ever detected. It also showed the value of having a constellation of sophisticated pollution-monitoring satellites hovering over the Earth.

Though scanning the planet’s atmosphere from space is nothing new, the precision of these satellites is. From an altitude of 500 kilometres, GHGSat’s eyes in the sky can spot a methane plume just 25 metres long, enabling it to easily pinpoint the source. It is proving particularly useful for mining and oil companies to check for leaks in remote locations.

Another Canadian company, Calgary-based 4pi Lab, is planning a constellation of 16 satellites equipped with high-precision cameras to sound the alarm on wildfires. The company, which plans to launch its first satellite next year, says it will be able to scan the entire surface of the planet every four to six hours and could detect a fire as small as 5 metres across. This could help sound the alarm on wildfires before they become destructive infernos.

Big tech stocks have taken a battering in recent weeks as investors fret about a looming recession. But clean technologies are emerging as a bright spot. Mark Carney, the former Bank of Canada governor, says there is a growing realization among “smart money” investors that clean energy offers an “absolute wall of opportunity.” Carney is now vice chair of Brookfield Asset Management, which has significantly increased its investments in the sector in the past 12 months.

Tobi Mueller-Glodde, a senior associate at Telus Pollinator Fund for Good, a $100-million social impact fund, says he is “still very excited to invest” in cleantech companies. Mueller-Glodde points out that in the past year, major investment firms have raised enormous sums for funds that will invest at least some of their capital in sustainable technologies. Private equity firms KKR and TPG closed funds worth more than U.S.$26 billion and Lowercarbon Capital raised U.S.$350 million to invest in carbon capture technology. Meanwhile, the Business Development Bank of Canada last week committed $400 million to clean technologies.

“There are a lot of funds with dry powder to invest,” says Mueller-Glodde. “That’s encouraging for the sector overall.”

Mushrooms will fix everything

Most of us encounter fungi either on our plates (good) or in a long-forgotten corner of the fridge (not good). But scientists are now finding uses for them in making sustainable alternatives to many animal-based products. Mycoprotein has been used as a meat alternative for years, but now companies are attempting to use fungi to create textiles, too. Newfoundland-based MycoFutures has developed a method of using the root system of fungi, known as mycelium, to create a material that looks and feels similar to leather. Another startup, Vancouver-based Temporal Futures is working on creating a range of composite materials and textiles from fungi in its “fungatory.”

Other companies are taking advantage of mushrooms’ status as nature’s garbage collectors. Mycocycle has developed a process that uses fungi to break down asphalt into a lightweight biomaterial that can be used for insulation or packaging.

“Fungi are having a moment,” says Mueller-Glodde. “It’s fantastic to see how many applications these little wonder organisms have.”

Hydrogen power is making a comeback

Since the 1990s, hydrogen has been floated as a clean fuel of the future, and a better power source for large vehicles than expensive lithium batteries. But despite burning with zero emissions and being easy to make, hydrogen has only gained ground slowly. Now, proponents believe that convulsions in the energy markets caused by the war in Ukraine could make hydrogen power much more popular.

“The world is feeling the geopolitical risk of reliance on fossil fuels,” says Jon Dogterom, a cleantech investment advisor at ArcTern Ventures and executive-in-residence at MaRS Discovery District. “What we need is another fuel to replace natural gas and diesel and an alternative to trying to electrify everything using our antiquated electrical grid infrastructure.”

Recent months have seen a flurry of activity. In May, the world’s first hydrogen-powered haul truck went into service in a mine in South Africa. Germany has announced it will buy a fleet of new hydrogen trains. And Edmonton airport is finalizing plans to test hydrogen-powered shuttle buses in 2024.

“Hydrogen and fuel cells are back in the zeitgeist and on the investment radar around the world,” says Dogterom.

New technologies like electric vehicles and clean power sources are vital in reaching net zero. But there’s also a renewed appreciation for the fact that nature already has many processes to mitigate climate change. A recent report from Nature United, a conservation group, claims that protecting and restoring ecosystems like forests and wetlands could cut Canada’s carbon emissions by 11 percent.

Scientists and entrepreneurs are increasingly looking for ways to use technology to support ecosystems. Drones that embed seed pods in the soil are being deployed as part of the federal government’s plan to plant two billion trees across the country, and scientists at the University of Guelph are also using them to monitor the health of forest species. Meanwhile, researchers at the University of Toronto have tested ways to make better use of the 700 green roofs that dot the city, potentially using them to grow crops and support a more diverse mix of plants.

Discover more of the technologies and ideas that will help us reach net zero at the MaRS Climate Impact conference starting on Nov. 30.