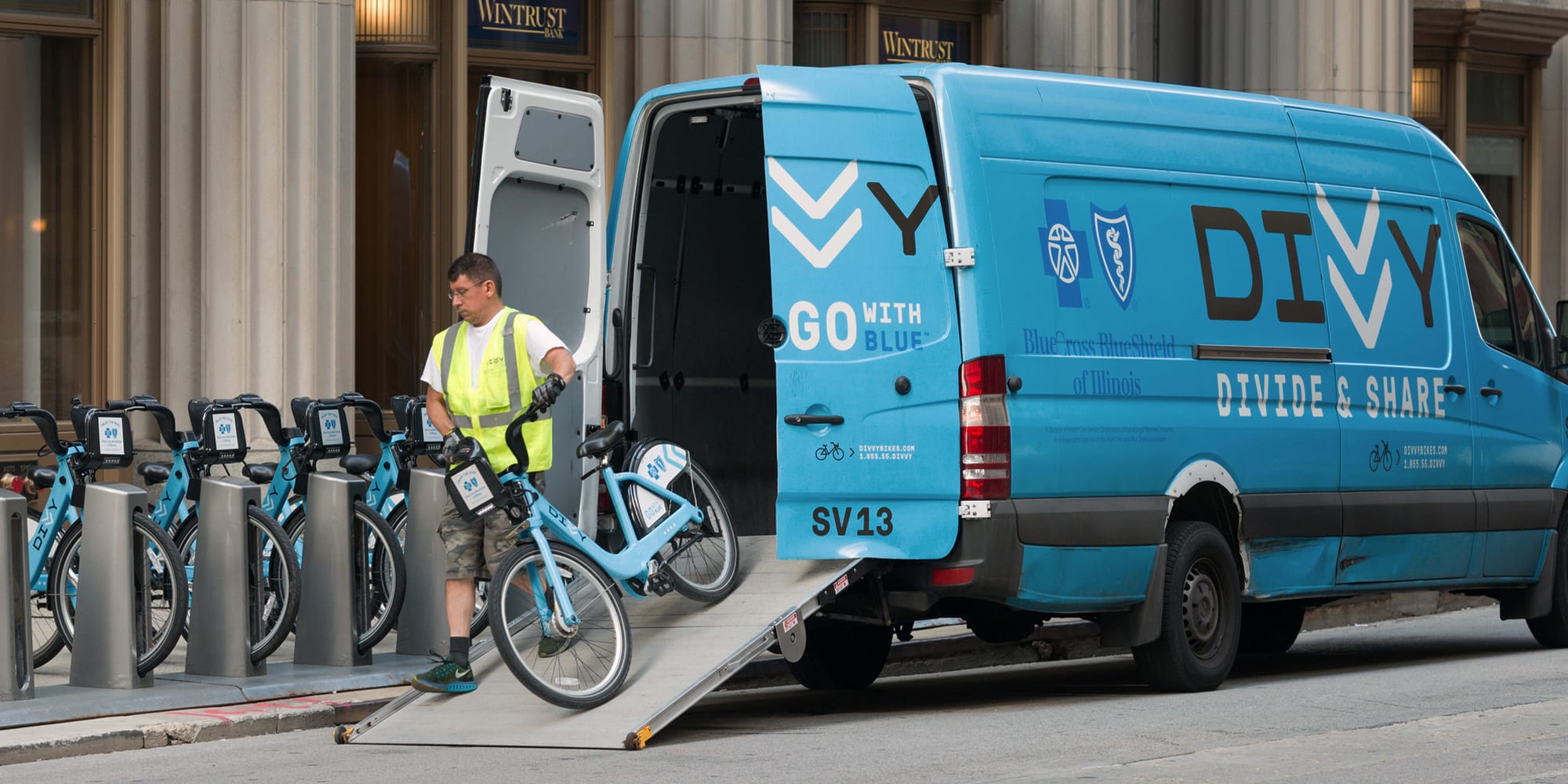 When it comes to adopting new technologies to address the urgent climate crisis, someone has to take a risk — whether that’s making the financial gamble to fund development of a new environment-friendly solution, or simply being the first community or corporation to try it out. There’s a business model that’s increasingly being deployed to make this leap a little easier — and it comes from a rather low-tech idea.

In 2009, the city of Montreal developed a bikeshare system to encourage residents and tourists to get around town in a cleaner, greener way. Similar fleets were soon set up in dozens of cities across the globe, but not because other municipal governments were inclined to take on that enormous capital investment with the hopes it’d work in their city as well. Rather, canny private companies began selling bikeshare systems to municipalities as a service — including operating and maintaining all the equipment and software needed to run it.

The genius of a service model like this is that it shifts the capital risk to a company set up specifically to take that on while helping the company find those crucial early customers. Meanwhile, those customers pay for the service from their operating budget (instead of maxing out on capital investment) as they try out how the new service or technology works for them.

While encouraging people to get around using human energy rather than the usual carbon-hungry modes is critical, it hardly touches what will be necessary to achieve what the Trudeau government has promised to do: become carbon neutral by 2050. And then there’s other major environmental issues to tackle, including decreasing the level of pollutants discharged into bodies of water. Cleantech startups in Canada, who are rapidly developing sustainable systems for the heavy industry sector — a target that can potentially make the difference needed — have struggled to attract customers willing to take a risk or investors who will help them scale. That’s why many of them have begun to embrace the service model as a means to accelerate widespread adoption — before it’s too late.

Swirltex, a Calgary-based company formed in 2015, has used a service-model approach to sell its wastewater-treatment technology across a number of sectors. Along with landing a few customers in the oil and gas industry, last year one of its modular units — a filtration system that separates contaminants from clean water using an innovative application of buoyancy — was used by the Edmonton International Airport in the spring to treat its pond of runoff from airplane de-icing. Once that unit’s job was done there, it was trucked a couple hours south to Crossfield, where it transformed that town’s sanitation output into clean water for the local golf course.

“It’s the same asset, same design, but can be used for two completely different market verticals,” says Swirltex CEO Melanie McClare. “Our company benefits from the revenue and the customers benefit from the shared infrastructure.”

For a town the size of Crossfield, with a population just under 3,000, purchasing a treatment system — or expanding the size of its lagoon — is a crushing capital cost. But the seasonal service model Swirltex offers makes it realistic for Crossfield, and municipalities like it, to jump on board.

“For any capital investment, the decision is going to be made based on return on investment —and people will typically want a quick payback,” explains Peter McArthur, chair of the Ontario Clean Technology Industry Association, adding that such expenses are also usually only considered on an annual basis. Operating expenses, on the other hand, can be theoretically taken on any time and don’t come with a payback timeframe. 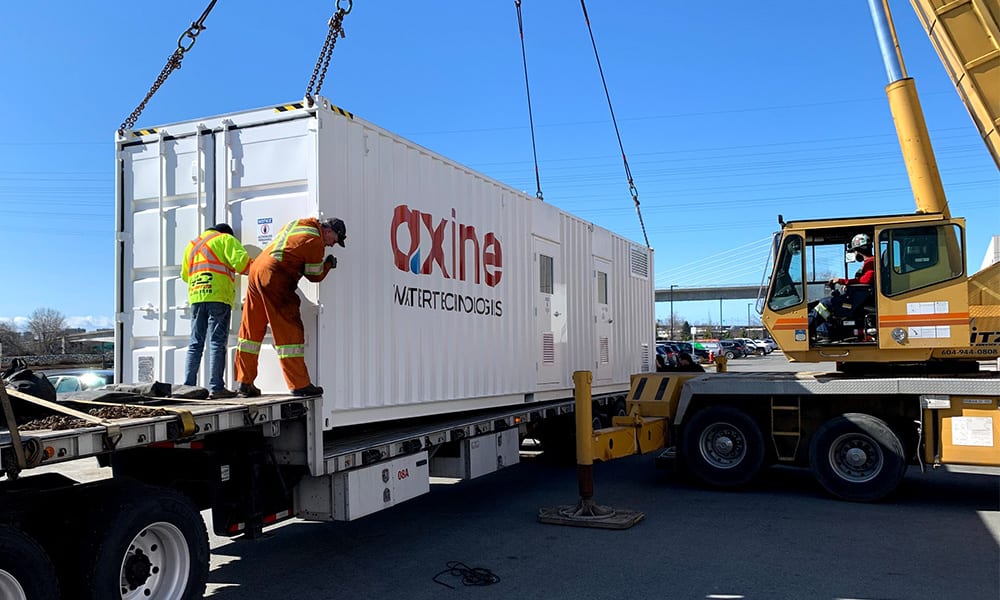 Axine Water Technologies, a Vancouver-based startup that treats wastewater with electrochemical oxidation, has found success by initially selling its service almost exclusively to pharmaceutical companies. In this industry, which is urgently working to reduce the amount of active ingredients discharged into bodies of water around the world, the hardware-as-a-service model can save plants millions per year.

Currently, pharmaceutical companies often truck their wastewater to offsite incinerators, which is expensive and, while it does protect the environment from pollutants, is a carbon-intensive solution. In fact, one of Axine’s customers in North America previously racked up about 32,000 kilometres a year trucking its wastewater.

And although the pharmaceutical industry’s need is ongoing rather than seasonal — and thus a large capital investment could be more easily rationalized — Axine’s expertise is another draw. “Often, in the early stage of cleantech adoption, it takes a certain number of installations to figure out how durable the hardware is, what are the operating costs and how the maintenance cycle works,” explains Jonathan Rhone, CEO of Axine. “We provide our service so that customers can focus on making their product.”

In some cases, even established technology may stand a better chance of being adopted under a service contract. A newer startup in Canada, Kanin Energy, intends to craft and install its organic Rankine cycle systems — a turbine that turns wasted heat into electricity — at industrial plants. And in this case, rather than the customer owing Kanin, Kanin pays them for the opportunity to capture the heat — and then gives the customer an option to buy the electricity created from it at a discount. The carbon-fuelled grid is needed that much less and the customer gets to tell a compelling social responsibility story. “You’re replacing dirty power with clean power,” says Kanin CEO Janice Tran. “That’s what wind and solar does, and that’s what we do as well.” Tran is working toward having Kanin’s first project up and running in 2022.

Along with treating wastewater and turning wasted heat into electricity, McArthur says the hardware-as-a-service model is also being applied to other cleantech innovations, including lighting retrofits and variable-speed fan systems to heat and cool buildings. But, he points out that finding Canadian investors — which are typically more conservative than ones down south — is still a major challenge, especially with new technologies. “I can tell you, however, that banks are starting to invest in some of this when there’s a proven long-term contract with good purchasers.”

Governments can be useful for de-risking cleantech innovation in its initial stages, but Canada has been slow on that front as well. According to research from the Innovation Economy Council, among 259 cleantech startups, federal procurement only represented 3.6 percent of their overall revenues in 2019. McArthur sees some hope in the newly formed Canada Infrastructure Bank. “One of its mandates is to drive clean de-carbonizing solutions,” he says. “It’s being proposed that it will take on some of the early-stage risk with some projects.” As with the cities that adopted bike-sharing systems over the last decade, the hardware-as-a-service model may be critical to greasing the wheels, so to speak.

In the meantime, cleantech companies strive to prove their services on individual projects in order to eventually scale up to larger multi-site contracts. Axine, in fact, landed a master services agreement with a pharmaceutical company at the end of 2020. If that project goes according to plan, Axine is set up to provide its wastewater treatment to more of the customer’s plants around the world. “This is world-class Canadian technology being applied to a global industry, and that’s something we’re really proud of,” says Rhone. “Hardware-as-a-service is a real gamechanger.”

The leasing model was discussed at a recent MaRS event for corporate partners. To find out more about MaRS Corporate Innovation Programming, click here.

Could a metal with memory help solve our energy problems?