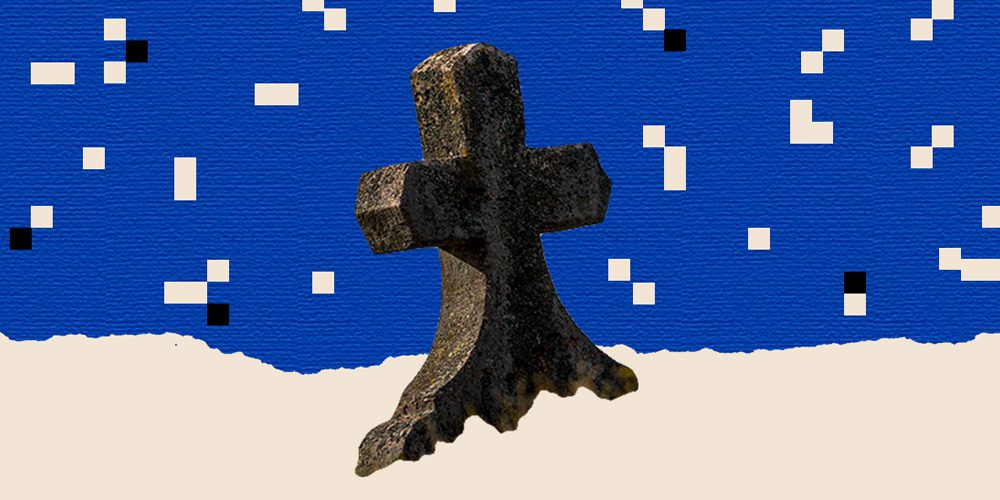 Planning for the end is stressful and expensive. These companies want to improve the experience — for you and your loved ones.

Back in 2013, Lee Poskanzer got a LinkedIn notification to congratulate a friend on his work anniversary. Rather than sending a message, Poskanzer decided to give him a call. But as he was dialing, he suddenly remembered that his friend had died unexpectedly three months before.

“My immediate thought was, what would his wife say, or, even worse, what would his 10-year-old daughter say?” Poskanzer says. “And how many people are calling him to say congratulations and are going to get met with, ‘Daddy is dead?’”

Most people don’t like to talk about death, never mind planning for it. Poskanzer’s friend didn’t have a plan in place for dealing with his digital accounts after his death. Online, it was as if nothing had happened. This experience inspired Poskanzer to launch Directive Communication Systems (DCS), an online platform that allows people to decide how their digital assets will be handled after they die.

It’s one of several Canadian tech startups now vying to do for end-of-life planning what Wealthsimple did for investing and Endy did for mattress buying — make it cheaper, easier and quicker by moving it online. You can now create a will through Willful and even book a cremation through Eirene, all from the comfort of your home.

“We’re seeing demand grow exponentially,” Poskanzer says. “COVID has made people think about their mortality and what they want to leave to their family, both financially and their legacies.”

Make your will in 20 minutes

Toronto startup Willful also grew out of a personal experience. When Kevin Oulds’s uncle died unexpectedly in 2015, his family had to scramble to track down his will and life-insurance papers and figure out whether he wanted to be cremated or buried. Oulds would come home from family meetings and tell his wife, Erin Bury, how end-of-life planning would be a whole lot easier if it were online.

Then, about a year later, Oulds was hospitalized with septic arthritis, a condition that can be fatal. He hadn’t discussed his end-of-life wishes and didn’t have a will and realized that if he died, he would be doing the same thing to Bury that his uncle had done to his family.

“It was just one of those things that we would have done so much faster if we could have done it online like we book travel on Airbnb,” she says. “It just didn’t seem like there was anything equivalent for estate planning.”

So, they created it.

While making a will with a lawyer can cost upward of $1,600, Willful’s service costs between $99 and $250. Before the pandemic, more than half of Canadians didn’t have a will and 18 percent of them said the main reason was because it’s too expensive.

“Our mission is to ensure every Canadian adult has a legal will,” Bury says, adding that they’re also trying to destigmatize the conversation around end-of-life planning. “Talking about death is still this massive taboo.”

Making a will through Willful takes about 20 minutes. It’s like TurboTax: you create an account and answer a series of questions. The platform then pulls your answers into a legal document that was drafted by an estate lawyer in your province.

The pandemic highlighted the inefficiency of the traditional process, Bury says. People were rushing to make their wills, but visiting a lawyer and meeting with witnesses in person didn’t jive with many people’s comfort levels or public-health guidelines. And for some people, it was a pricey commitment when their work situations were uncertain.

Willful’s sales jumped 600 percent in the early days of COVID. Since its launch, the company has created tens of thousands of documents, raised more than $2 million in funding and made millions in revenue.

Deal with your digital assets

From Amazon to Zoom, most of us have dozens — if not hundreds — of digital accounts. But most wills don’t directly deal with how they should be handled after you die. Do you want your Facebook account to be deleted or memorialized? Do you want a loved one to be able to access all those photos on your iPad? If you don’t put a plan in place, they could languish in digital purgatory forever.

This is where DCS, which launched for sales in 2017, comes in. The company works with estate planners and individuals to put plans in place for all kinds of accounts, as well as devices like your laptop, tablet and phone. DCS allows you to register all your digital accounts along with your disposition instructions in a way that complies with laws and terms of service agreements. As you create new accounts, you can easily add them and the corresponding instructions.

“We help people plan ahead and we help loved ones avoid the overwhelming task of trying to reach out to the 200-plus accounts somebody might have,” Poskanzer says, adding that it can take several hours to close one account.

Often, it’s incredibly difficult, or even impossible, to deal with a loved one’s digital assets, Poskanzer adds, pointing to several painful cases. For instance, a British woman had to fight Apple in court for three years to get access to her deceased husband’s iPhone so she could share his photos with their daughter.

“If you can’t get access to the pictures and videos of a loved one, memories tend to fade a lot quicker,” Poskanzer says. “You’re looking at legacies vanishing.”

Putting a plan in place for your digital assets also ensures valuable financial accounts aren’t forgotten and you don’t become a victim of posthumous identity fraud. Poskanzer says this will become more important as digital financial assets like cryptocurrency and non-fungible tokens grow in popularity.

Mallory Greene’s dad is a funeral director, and her mom is a hospice nurse, so they’re one of the few families that actually do have dinner-table discussions about death. In fact, it was during a conversation about what families were looking for in funeral services that Greene, who was working for Wealthsimple at the time, decided to start exploring how she could use her tech skills to innovate in the outdated industry.

“When you’ve lost a loved one, you should be spending time with your friends and family and grieving the loss of that person; not in a funeral home with a stranger making arrangements,” says Greene. “There seemed to be a mismatch between what the industry was providing and what customers were asking for.”

In 2019, Greene launched Eirene, Canada’s first and only online direct cremation and aquamation provider, which is now operating across Ontario. Eirene allows you to book a final disposition for yourself or a loved one entirely online or over the phone. After death, Eirene picks up the body, takes it to one of their partner crematoriums or aquamation facilities (which use an alkali solution to break down the body) and then hand-delivers the remains to the family. The process typically takes about a week.

Eirene charges $2,500 for a cremation and $3,000 for an aquamation, less than half the price typically charged by traditional funeral homes.

The pandemic, which hit soon after Eirene launched, highlighted what wasn’t working in the funeral industry, Greene says. Some people were no longer comfortable visiting funeral homes while others were worried about how they were going to pay for services.

Eirene has grown by more than 55 percent every quarter and is now actively exploring expansion into Alberta, Saskatchewan and Nova Scotia. With more than 70 percent of Canadians choosing cremation and about a third pre-planning their funerals, the company expects significant growth in the future.

“Our whole approach to death care needs to change,” Greene says. “And it’s going to happen because consumers’ needs are changing, and they deserve choices.”