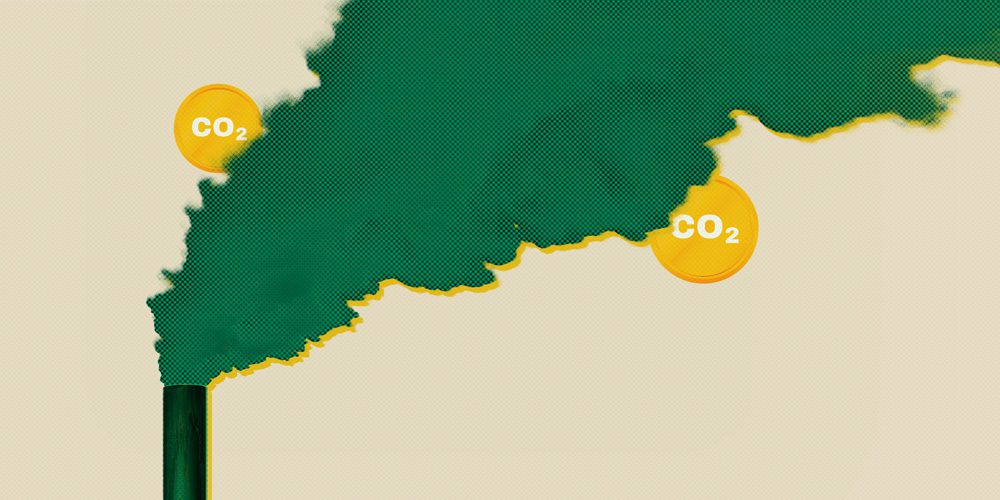 “We can’t really talk about the future of commerce without taking care of our planet,” says Stacy Kauk, head of sustainability for Shopify.

It’s now or never. That was the takeaway from the April 2022 report from the U.N. Intergovernmental Panel on Climate Change (IPCC). If things don’t change dramatically and quickly — i.e. if we don’t abandon fossil fuels for renewable energy sources, overhaul transportation systems and remove carbon dioxide from the atmosphere — the world is on course to blow past a critical climate target within the next eight years, bringing “catastrophic consequences.”

The good(ish) news is that nearly 200 countries and more than 1,500 corporations have now committed to halving greenhouse gas emissions by 2030 and reaching net zero by 2050. With increased pressure to meet those targets, companies from every sector of the economy, as well as hedge funds and investors, are looking for ways to not only offset their carbon footprint but also take steps to remove more carbon from the atmosphere.

“We can’t really talk about the future of commerce without taking care of our planet,” says Stacy Kauk, head of sustainability for Shopify. “We need to tackle threats like climate change so we can future-proof our business as well as our merchants’ businesses.”

Addressing the climate crisis is becoming a business imperative, and that’s sparking new interest in carbon markets. While certain industries and sectors are mandated by local or regional governments to take part in compliance carbon markets, uptake in voluntary carbon markets has been relatively slow, hovering around $200 million annually in global trades. But that’s rapidly changing. In 2021, transactions had exceeded $748 million by the summer — three times more than the whole of the previous year — and went on to surpass U.S.$1 billion.

“Carbon credits provide a way of reducing emissions that are otherwise difficult to abate,” explains Christopher Hakes, senior manager of corporate climate solutions for Calgary-based Radicle, which helped build Alberta’s carbon credit market. “The best guess is this year we’ll see a further 50 to 80 percent increase in the markets,” Hakes says, adding that the expectation is that voluntary markets will continue to grow exponentially over the next decade.

So what impact could carbon markets have on the environment and what does it mean for business leaders?

To get to net zero, a few things must happen. Companies need to reduce their own emissions as much as possible; if there are some emissions that can’t be reduced, they can purchase credits through the carbon markets. That essentially means they are paying someone else to offset emissions that they themselves can’t. Credits may be nature-based (such as reforestation, conservation or biodiversity initiatives) or industrial solutions (such as direct air capture and renewable energy).

The concept has drawn criticism as a way of allowing big emitters to keep emitting. But, the thing is, simply reducing carbon emissions won’t be enough to reach net zero; past emissions must be removed from the atmosphere as well. “Carbon removal provides less than one gigaton of removal today,” explains Jennifer Wagner, president of Halifax-based CarbonCure Technologies. “The IPCC suggests that by 2030 it will need to scale up to three gigatons of removal, and up to 20 gigatons by 2050.”

And corporations are taking steps toward that. Invert and minority funder Ripple have just signed a U.S.$30-million purchase agreement with CarbonCure — a new record. Last month, Airbus announced its purchase of 400,000 tonnes of carbon dioxide removal from B.C. cleantech firm Carbon Engineering’s direct air capture facility. Shopify has also been a huge supporter of carbon removal projects, including Carbon Engineering’s and CarbonCure’s, through its sustainability fund, which invests $5 million a year.

Beyond meeting climate targets, many of the carbon credits have additional benefits that make them more attractive to corporations, such as job creation, improving public health and/or protecting biodiversity. As Hakes says, “they meet client demands, they create goodwill, they strengthen social license for many firms and they’re hedging against increased carbon pricing going forward.”

How ventures can plug into the market

It all begins with a great idea. For instance, CarbonCure developed a technique to sequester CO2 by introducing it into fresh concrete mixes. There, a chemical reaction called carbon mineralization takes place and the CO2 is stored in the concrete permanently — even if the concrete is broken down. The company finessed the technology and then had it validated by a third party to certify that the product met its claims, in order to sell its concrete as credits. (Using a methodology approved by Verra, a greenhouse gas crediting program, CarbonCure also tracks the CO2 from capture to mineralization so that buyers know precisely when and where their carbon was sequestered.)

Once a carbon credit is issued, it’s housed in registries. “Transparency is paramount,” says Hakes. If a member of the public wants to investigate a particular project, the registry will include everything from the initial idea through to verification documents. Credits can be used or transferred, but once used are permanently retired.

There’s plenty of demand for carbon removal credits — more demand in fact than there are companies with something to sell. And that is only going to intensify over the next decade, Wagner adds.

For corporations, these credits have the potential to make a tangible impact. CarbonCure is aiming to remove and reduce 500 million tonnes of carbon dioxide from the atmosphere each year by the end of this decade. “By 2030,” Wagner says, “that would be the equivalent of taking 100 million cars off the road.”

When they started looking for carbon credits in 2019, Kauk says, there wasn’t much available, they were wildly expensive and in short supply. Shopify’s fund was created as a way of supporting entrepreneurs and breakthrough technologies.

The company, now a carbon-neutral operation, is one of the top corporate purchasers of long-term carbon removal globally. It’s currently working with 22 companies and was the first purchaser of four of the nine it recently added to its portfolio. The companies they buy credits from span multiple industries and must meet a few requirements: its solution must be net negative; it must have the ability to scale; it must have co-benefits; and Shopify’s support must be catalytic for the business. “When we work in partnership, we really want to make sure it’s going to change their business for the better,” Kauk adds.

Committing to these purchases early on allows the climate-action companies to scale up and drive down the cost of their solutions so that many more companies can afford to make these purchases in the future. “Since we started in 2020, our first batch of companies has managed to use our contracts to raise tens of millions of dollars,” says Kauk. They’ve also grown their carbon removal capacity by as much as 80 times and increased their customer bases by as much as 40 times.

What needs to happen next

The carbon markets present huge opportunities for climate-action companies to scale, and to scale massively. But there needs to be increased rigour and transparency — something Hakes says is expected later this year thanks to initiatives like the Oxford Principles of Offsetting. That type of guidance will force companies aiming for net zero to declare their short-, medium- and long-term emissions reduction targets and will regulate what types of offsets companies can buy to achieve their goals.

But because most transactions are still arranged privately between buyers and sellers rather than in a centralized market, pricing of credits is all over the map. It ranges from a few dollars a tonne to upward of $2,000 a tonne, depending on the quality of the credit (essentially, how confident the buyer can be that the seller’s project will remove the amount of carbon it claims). It’s really left up to the buyer to comparison shop. But Hakes also expects that to change in the not-too-distant future, especially with financial institutions buying credits. “That’s part of the reason we’re seeing increased scrutiny,” he adds. “You have these very seasoned actors in commodities markets who expect transparency, who expect that kind of data and information at their fingertips, and they don’t see that in the voluntary markets.”

While early adopters are creating a positive impact through their investments, the size of the problem requires many more players. Carbon markets are still in their infancy, making transactions complex and time-consuming — not to mention a daunting prospect for the uninitiated. To reach their potential, more services will be needed to support organizations that want to follow in the footsteps of these early adopters but lack the internal expertise. Universal standards and stringent audits are also necessary to safe-guard the markets from bad actors. “We really hope there will be many follow-ons and orders of magnitude bigger than what we’re buying,” adds Kauk. “That’s how we measure success.”