Is there a better way to fund social change? 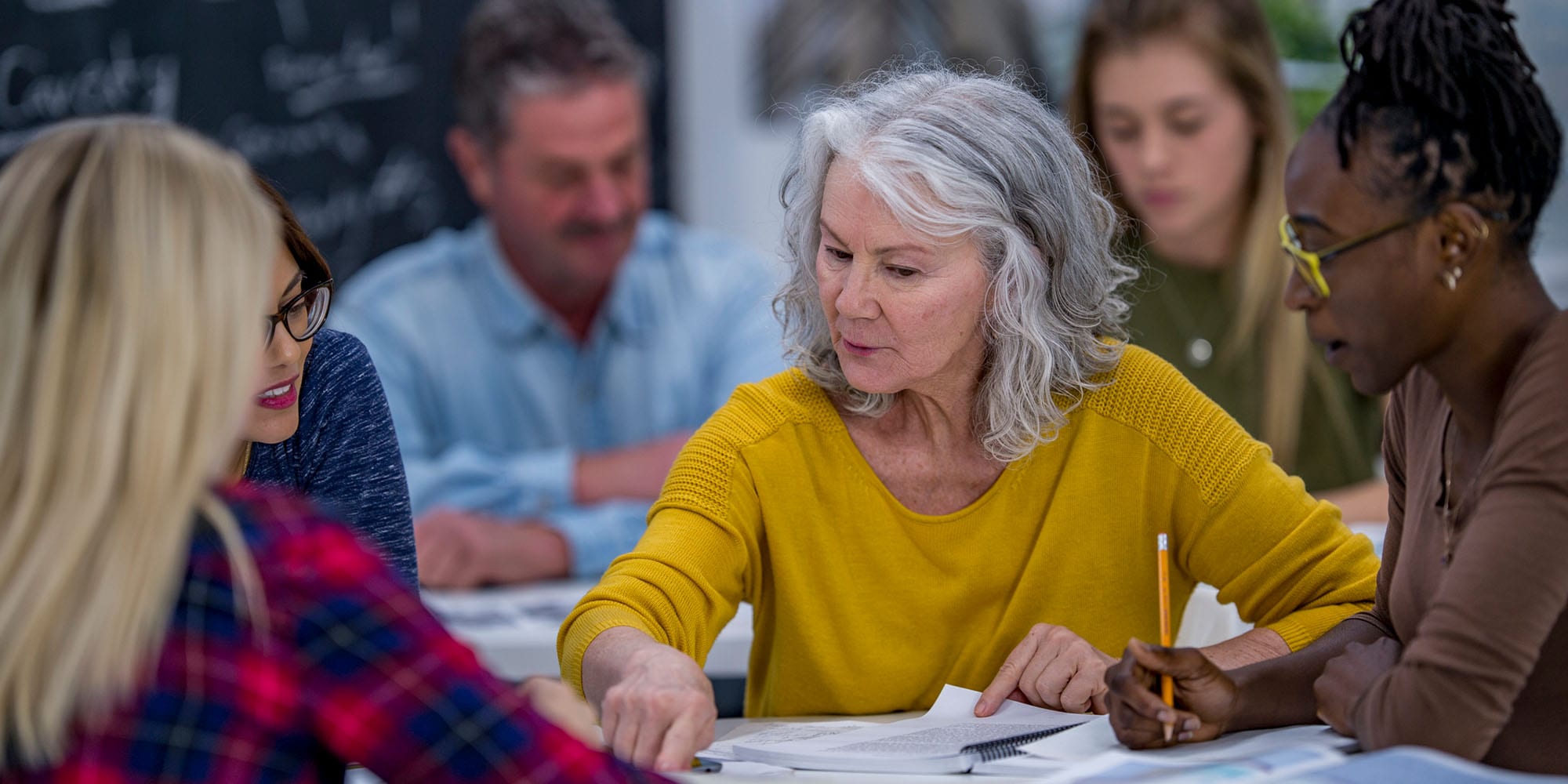 The pandemic has stretched social programs to the limit. A new evidence-based funding model could help.

For instance, let’s look at unemployment. It is currently hovering at a tear-inducingly high 9 percent, exceeding the average of 7.6 percent over the last 50 years, even surpassing the high of 8.6 percent from the Great Recession. More daunting, many of the jobs lost may never come back.

As a remedy, Canada’s federal government is doing what it traditionally does,  committing $1.5 billion for new skills training between 2020 and 2021. The problem is that while that will pay for a number of training seminars, there’s no guarantee of hard outcomes, and no set quota of people who will find new jobs and succeed in the coming economy.

Adam Jagelewski, co-founder and executive lead for the MaRS Centre for Impact Investing, believes there is a better way: paying for outcomes, not outputs. And this bold, evidence-based solution is gaining traction. “Outcomes funding is completely different,” he says. “It changes the way programs are funded to stipulate the results that we require to be met versus the activities that we are supporting.” It’s a method that encourages providers to innovate to help improve outcomes, while ensuring accountability for public money.

How does an outcome-based approach work?

Simply put, this model helps organizations that provide social programs to focus on delivering concrete results. Service providers agree to meet certain targets with a funder like a government or charitable foundation, and receives payment when it hits those goals. Real-time data collection throughout the program enables providers to make rapid course corrections if needed.

Here’s how that would work in the case of unemployment. Schools, colleges and other training centres could propose re-skilling strategies, stipulating measurable goals at the outset — the percentage of graduates employed within a year of graduation, for instance. Economic development and employment-related government ministries would assess the strategies, offer advice, and promise a certain amount of money for graduation metric. They would pay bonuses to the strategies that meet or exceed their targets, and share key learnings to build a reservoir of successful approaches.

To explore the potential of this approach in Canada, Jagelewski is proposing a first-of-its-kind, $200-million National Outcomes Fund, which is gearing up to launch in early 2021. Both governments and philanthropic donors will be able to contribute to the fund, which will set priorities for the most important issues to target — poverty reduction, climate change, public health. By clearly linking dollars spent to outcomes achieved, this approach has the potential to attract new sources of capital from philanthropic foundations and other donors who are looking to creating a meaningful impact.

Where does this idea come from?

As audacious as Jagelewski’s vision might seem, it has been well tested. In more than 190 projects globally, it has delivered the targeted results in 75 percent of cases.

One of the most famous is the Peterborough Social Impact Bond from the U.K. In 2007, a British study found that 60 percent of criminals convicted for short prison sentences reoffend within one year of release. In 2010, a collection of trusts raised $8.54 million to fund a recidivism reduction program with the explicit goal of reducing the repeat offender rate by 7 percent. It targeted the root causes of crime — addressing the poverty, homelessness and lack of social connections that often precipitate legal run-ins. Over seven years, One Service, an umbrella organization set up to administer a suite of education, housing and job preparation programs, was awarded money from the bond, eventually reducing the recidivism rate by 9 percent.

The approach was so successful that in 2016, it inspired the U.K. government to launch a $140-million national outcomes fund called Life Chances. The money is used to address six key societal issues, including addiction, physical and mental health and early childhood development. (An easy way to understand the difference between a social impact bond and a national outcomes fund is a bit like the difference between one venture capital investment in a single company and the whole pool of money venture capitalists draw from. A bond is one deal, the fund is the potential for many such deals).

As Life Chances is still in the process of paying out on successful results, its full results aren’t known. However, according to Andreea Anastasiu, a senior policy engagement officer at the University of Oxford’s Government Outcomes Lab, a lab that studies impact bonds and outcomes funds, there are clear benefits already. “We’ve seen some positives just in the way outcomes funds encourage governments and agencies to work together,” she says. “Often, they can push sometimes siloed groups to collaborate, agree on the outcomes, agree on the strategies to reach those outcomes. And that can lead to innovation, better cooperation.”

When does this approach work best?

Paying for outcomes seems to work best under certain conditions. It helps when a project has a clear variable like a recidivism rate that can be easily and routinely measured.

The Canadian equivalent of the Peterborough Social Impact Bond is Heart & Stroke’s Activate project. Launched in 2018 in partnership with MaRS, Activate is Canada’s first social impact bond for healthcare and gave Adam Jagelewski the idea for the $200-million Nationals Outcome Fund to finance many more projects.

With $3.4 million in investor capital, Activate’s aim was to teach Canadians how to control their blood pressure through physical activity, healthy eating and stress management. The program, which worked with close to 4,600 pre-hypertensive Canadians, far exceeded its goal of preventing participants’ blood pressure from further increasing. In fact, follow-up appointments with more than 1,000 of the participants found that, on average, they experienced a 4.4-point drop in blood pressure — a significant decrease, particularly given that in the absence of intervention, 50 percent of those with pre-hypertension are likely to develop high blood pressure within five years.

Heart & Stroke used an outcomes model for this initiative because blood pressure is straightforward to measure, says Irfhan Rawji, Activate’s board chair. Based on the outcomes of the program, investors will receive more than a 7 percent return.

For all its successes, Rawji and Heart & Stroke CEO Doug Roth know outcomes investing isn’t a panacea. Roth says long-term research or projects that take several generations to see results might not work. “In choosing Activate to try the bond, we thought it was important to have a project that would see results in months and years, not decades,” says Roth.

What’s the true measure of success?

Some projects, however, don’t work well within the confines of a strict, measurement-based system, says David Kelly, the former director of partnerships of Colleges and Institutes Canada, Canada’s first, national social impact bond for education. The bond had top intentions: offering education and training in various provinces for adults who were otherwise not in school or employed. Unfortunately, after several years, the project failed to reach its pre-set criteria.

“As a metric, we chose how well the students performed on a standardized test,” says Kelly, noting that they were trying to measure effectiveness by gauging what new skills were attained. But, not everyone performs well on standardized tests. As a metric, it’s less black and white than whether someone’s blood pressure is up or down.

“You know, there was a woman in the program, a single mother really struggling to support her kids,” says Kelly. “She might not have passed the test, but the training helped her get a job and helped her support her family. A lot of successes came out of the program. It just wasn’t all easy to capture with the metrics.”

What are the risks?

As Kelly’s experience demonstrates, paying for outcomes carries some risks. Projects do not always meet their pre-set result. That does not deter Eric Letsinger, CEO of Quantified Ventures and a pioneer of outcomes investing in the United States. “Impact bonds make sense for situations where there is a bit more risk,” he says. “Impact bonds help transfer a bit of the risk.”

One of Letsinger’s most notable projects is a U.S.$14-million bond to clean up the Procter Creek in Atlanta, Georgia, improving water quality for the surrounding neighbourhoods. “There’s a lot of upsides to a project like that, for everyone,” says Letsinger. “This is not a zero-sum game.” But governments are often cautious to take on such projects because there are unknowns, such as the implementation of new green tech to filter the water. Impact bonds can assuage concerns in part because the public sector only pays the full amount when specific targets are met.

Interestingly, that risk can actually be reduced by the mere fact that such financing usually entails an ongoing relationship between government, delivery agency and any additional funders (the Atlanta project has received money from the Rockefeller Foundation among others).

“We’ve seen very few impact bonds fail because of COVID-19,” says Oxford University’s Andreea Anastasiu. “The pandemic is a huge, unforeseen externality. Yet we’ve seen governments and agencies work closely together to come up with creative solutions, finding ways to deliver programs and services digitally, completing projects despite the lockdowns.”

Indeed, Irfhan Rawji of Heart & Stroke was worried about how the Activate program could work during lockdown last spring. “We wondered if we could go on,” he says. “Soon, though, we were getting emails from our investors, from our government counterparts with ideas and insights. The bond’s unique structure, which importantly ensures the engagement and alignment of our partners and investors, is what ultimately catalyzed that outcome.” They were able to shift the blood-pressure awareness and education online, and keep the program running.

For Adam Jagelewski, this collaboration is one of the aspects of outcome funding he likes best. “When you set a clear target and have talented organizations working together,” he says, “You can incentivize performance far greater than the status quo.”

Find out more about social impact investing  and capital advisory at the MaRS Centre for Impact Investing.