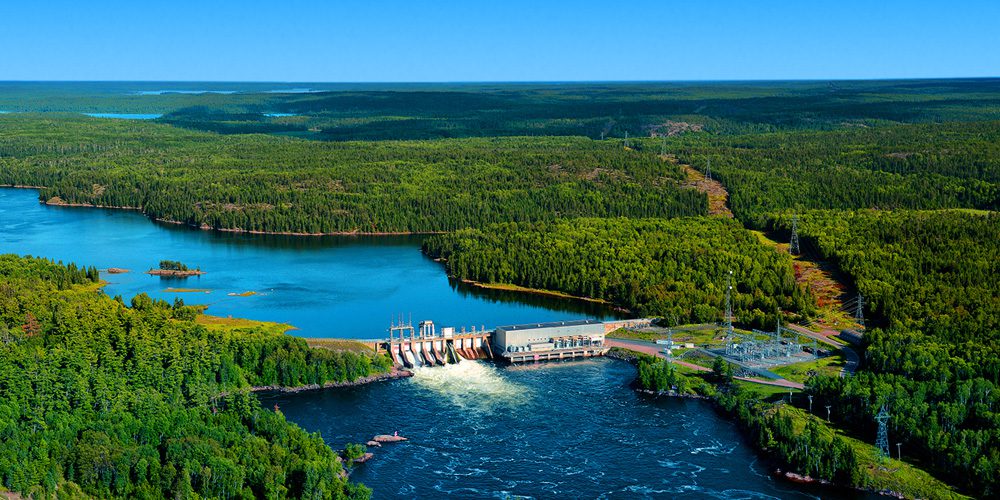 It’s not easy creating a climate change plan for 20 years down the road with technology that may not have been invented yet. Here’s what Ontario Power Generation learned.

When Ken Hartwick became the CEO of Ontario Power Generation (OPG) two years ago, almost every conversation he had ended up on the environment. His adult children were keen to learn more about potential climate impacts; employees wanted a sense of purpose on climate change; European banks wanted to talk about green bonds.

Hartwick set his executives to work charting a sustainable course for the publicly owned utility company. “Our organization has been very environmentally responsible for years,” he says. “But what we didn’t have was an overarching plan that we could look at and say, ‘Every decision needs to fit in it and advance toward the outcome we want.’ ”

A steering committee brought together the sprawling organization’s engineers, data scientists, accountants, strategists and communications people to dissect the problem from all angles. Over 18 months, they worked through countless scenarios for carbon emissions growth, revenue projections and the pace of technological advancement. They scrutinized what other companies were doing, taking inspiration from other robust plans by companies such as Duke Energy and Microsoft, while noting the gaps in weaker ones. And they plunged into market research to determine how consumers — who generally support clean energy but resist the rate increases needed to pay for it — might react.

The result is a 52-page plan with tangible goals, timelines and tables of actions that OPG can take, pledging to become a net-zero carbon company by 2040 and to support the transition to a net-zero carbon economy by 2050. The plan takes in all clean energy technologies (such as hydro and nuclear), nature-based solutions (such as tree-planting, habitat restoration and wetland conservation) and emerging technologies like carbon capture, alongside initiatives to electrify parts of the economy — like transportation — that still rely on fossil fuels. It’s a bold move from a company that less than a decade ago was still burning coal, and it provides an example for others to follow.

But warm words won’t cool the planet. The question now is whether the ambition can be matched by action.

OPG is far from alone in creating a climate change plan. As extreme weather events like June’s deadly heatwave in British Columbia become alarmingly common, many businesses have responded with a growing sense of urgency. One-fifth of the world’s 2,000 largest businesses have publicly vowed to become carbon neutral. But though the commitments are clear, it’s much harder to gauge how much progress is being made.

“On the whole, it’s not going well,” says Leanne Keddie, an assistant professor at Carleton University who researches how companies are living up to their environmental and social responsibilities. “There still seems to be a lot of reliance on this idea that carbon-capture technology will save the day at some stage, as opposed to us changing our behaviours and living our lives differently.”

The main problem, according to Keddie, is that there are few rules of the road on the path to sustainability. While work is being done to harmonize methods for measuring emissions and offsets, universally accepted formulas have yet to emerge. Instead of standardization, there is still plenty of improvisation. Executives trying to create a sustainability plan must choose their own yardsticks to chart their progress, but many organizations lack the expertise to pick meaningful measures.

More robust ways of benchmarking corporate progress on climate plans are emerging. One of the leading contenders is the Global Reporting Initiative, which has 10,000 companies in 100 countries following standard protocols for measuring and reporting climate impacts. Another, the Impact Management Project, is seeking to standardize progress measurement across all ESG criteria. Both aim to provide off-the-shelf tools that companies can use to quickly determine environmental impact.

More than 1,600 companies have signed up to the Science Based Targets initiative, which helps set goals based on reductions needed to limit warming to 1.5 degrees C. According to the initiative’s analysis, companies with science-based pledges reduced their emissions by 25 percent.

One study from York University found that while 71 percent of firms on the TSX produce sustainability reports their quality varies widely. It judged 40 percent of them to be ineffective because the businesses either failed to reference emerging global standards or did not disclose how they were doing against their targets. The authors recommended that companies prioritize their goals more strategically and clearly explain the reasoning behind these choices. (They gave a hat-tip to Nutrien, a fertilizer manufacturer, for its approach of tracking the alignment of priority themes, initiatives and related targets.)

Dense thickets of complexity even lurk beneath the reassuring simplicity of net zero. Experts break emissions up into three categories: those a company creates directly; those created by the energy it uses; and those created by its suppliers and consumers. Jason Sukhram, an expert in impact measurement at MaRS, says that organizations tend to consider only one or two of these. “Most companies right now are thinking about how they reduce the environmental impact of a particular product that they create,” he says. “But what about the way they operate? What about their supply chain?”

Sukhram predicts that as businesses gain experience measuring and mitigating their emissions, there will be pressure for companies to address issues all along their supply chains and throughout their products’ lifecycles to cut emissions.

For companies like OPG, that means their climate change plans have to hit a moving target, 20 to 30 years in the future, with technology that may not have been invented yet.

Creating a flexible plan for the future

James Brewer sums up the experience of trying to predict what the world will look like when he’s approaching retirement in one word: “weird.” As OPG’s director of strategy and acquisitions, Brewer’s job is to peer into the future and ensure that the company is well placed to meet its climate change targets. The task becomes exponentially harder as timescales expand beyond the next five years and include emerging technologies.

“You start to look at technologies like carbon capture, utilization and storage or direct air capture. How much of an overall part of the solution are those going to play? The reality is, we don’t know,” says Brewer. “To some degree, you’ve just got to put out a strategy that you think makes sense. You’re going to have to check and adjust.”

The solution hit upon by OPG’s steering group was to draw the plan’s outlines, but decide exactly how it should be coloured in as things develop. Over four pages of tables, it lays out actions it can take over the next five, 20 and 30 years to hit its goals. Installing new generators at the hydroelectric dam near Niagara Falls by 2025 is among the dozen or so short-term goals. Investing in clean-energy storage systems and testing carbon-capture technologies are on the long-term list. A new type of nuclear generator called a small modular reactor (SMR) also features prominently.

Many CEOs will retire long before they need to deliver on their climate promises. To help ensure targets are being met, compensation boards are starting to link executive bonuses to short-term progress markers. About 40 percent of S&P 500 firms have started this practice.

John Beauchamp, OPG’s director of environment, health and safety, says a crucial innovation is a “small but mighty” table that indicates the range of outcomes for key initiatives. For example, ranges are given for things such as the number of electric vehicles that OPG and Hydro One’s EV charging network, Ivy, could help get on the roads as it expands across Ontario eliminating range anxiety and enabling EV adoption. It also gives ranges to the amount of energy renewables could generate as well as the impact SMRs would have in mitigating carbon emissions by replacing our reliance on fossil fuels to generate electricity. Delineating the potential impact of various solutions helps with the decision-making process — especially if OPG needs to course-correct to meet its targets.

“That’s not a level of detail that you see in a lot of plans,” says Beauchamp. “But it’s certainly something that gave our board, our executives and external stakeholders a certain level of ease. If one of these things doesn’t check out, or something changes, we see that we have all of these other options.”

For an organization like OPG, accepting a degree of uncertainty still cuts against the grain. Utility companies start receiving complaints within seconds of the power going out, so they are famously risk-averse. And to deal with planned maintenance and contingency for unplanned outages, utility companies are often required to overbuild their generating capacity by up to 20 percent to ensure they never fall short. It took eight to 10 months of analysis and internal debate before OPG felt confident it could remove or off-set five to six million tonnes of carbon emissions and commit to net zero, Beauchamp says. But it still needed a nudge from the top to get many of the engineers and analysts to accept they would be publishing a plan that didn’t contain a step-by-step guide for reaching its goals.

“A lot of what I say makes our analytic people get really nervous,” says CEO Ken Hartwick. “They want to keep analyzing until they have the answer. But we got to the point where the right answer was to ‘put a stake in the ground here.’ My view is you make a commitment, and you make it real.”

Making the plan real is now the task of a new working group with representatives from all parts of OPG’s business. It will be responsible for collecting emissions data and keeping tabs on its progress. It will also act as a driving force to push for changes and to grapple with thorny issues like the continuing uncertainty over Ontario’s carbon tax regime. 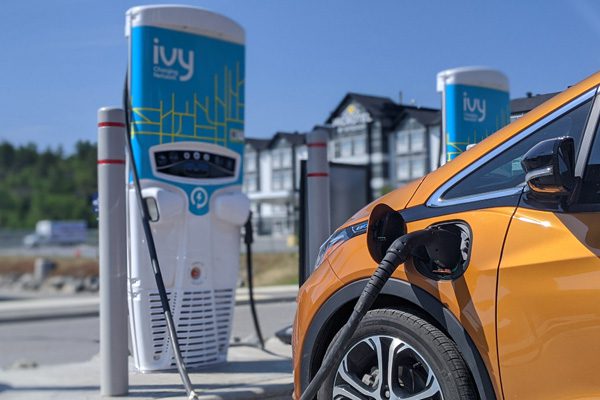 To give the plan the best chances of succeeding, the committee aimed for both robustness and resiliency. On the one hand, it has made a clear commitment to net zero, laid out its guiding principles, identified its priorities and listed steps it can take to meet them. It has put initiatives into four buckets — mitigate, adapt, innovate and lead — to make it easier to track progress on each front. And it has committed to transparency, such as acknowledging that its reliance on gas power will temporarily increase when the Pickering nuclear plant shuts down in 2025. On the other hand, its strategy is not a straitjacket. OPG’s planners understand that you cannot reach net zero on autopilot and have created mechanisms to track progress and adjust when needed. By calculating ranges for potential carbon savings across numerous initiatives, the company has built an element of self-correction into the plan.

Hartwick acknowledges the scale of the changes needed is significant but believes the act of creating a plan is already paying dividends. Being able to articulate a climate vision and commitment to help the economies where it operates achieve net zero by 2050 is attracting candidates who want to work on challenging and unique opportunities.

But ultimately, it will take a village to save the planet. OPG wanted its declaration to act as a rallying call and shared its plan with more than a hundred organizations. Dozens have since come forward with ideas to help OPG and the economy become net zero. These include systems that could blend hydrogen into natural gas to make its gas plants burn more cleanly and carbon-capture technologies that could scrub emissions from the smokestacks.

This article was created in partnership with Ontario Power Generation. Adopting breakthrough tech solutions means staying ahead of the competition. Become a MaRS Corporate Innovation member and gain exclusive access to our ecosystem.