Mourning the future: how health tech can help us deal with the emotional toll of climate change 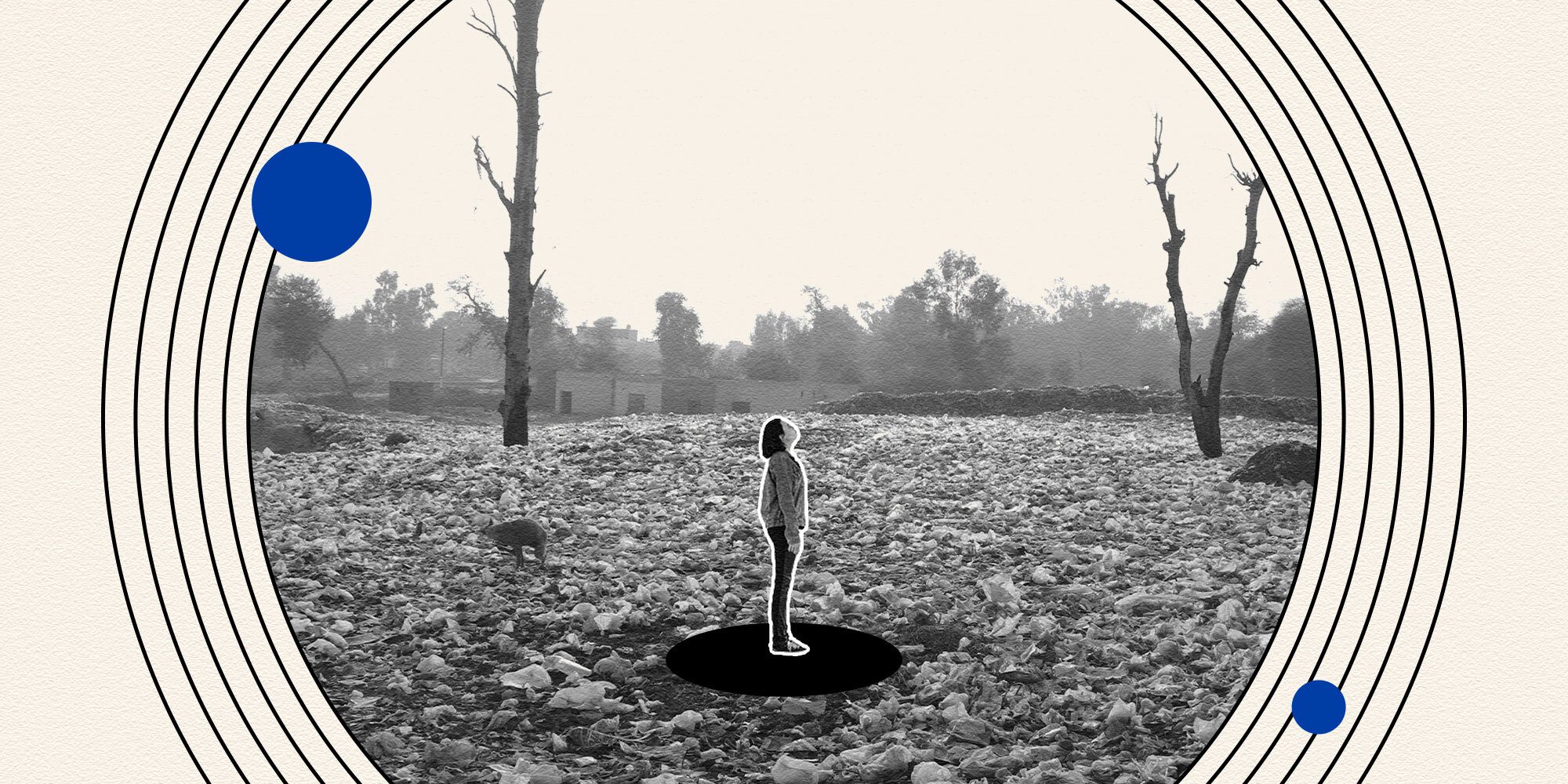 As the climate emergency worsens, more and more people are struggling with profound feelings of loss and anxiety.

Courtney Howard, an ER doctor in Yellowknife, remembers the exact moment when the grim reality of the climate crisis hit home.

Back in 2012, when she was a new mother, she read a dramatic article in Rolling Stone magazine, which warned that our worldwide emissions were not even close to where they needed to be to avert a climate catastrophe. For Howard, having a child awakened a deeply protective instinct within her.

“I’d look at my daughter in the morning,” she recalls, “and think, ‘She’s sick. She has caught climate change.”

Almost as bad as the anxiety were the feelings of sadness, helplessness and isolation. When Howard shared her thoughts with colleagues, they told her she was catastrophizing. But, she wondered, can one really be catastrophizing if the catastrophe itself is real? “My colleagues would look at me as though I were the one misunderstanding the situation,” she says. “When you’re with people who haven’t yet tweaked to the dangers of climate change, you can feel incredibly lonely.” In desperation, she sought professional help. “I called a couple of counsellors,” she recalls, “but they didn’t know what to do with me either.”

Howard was suffering from climate anxiety.  Much like climate change itself, the condition can seem abstract, unless you’re one of the millions of Canadians who’ve experienced it firsthand. Today, discussions of climate anxiety are starting to move into the mainstream. In a landmark report earlier this year, the Intergovernmental Panel on Climate Change flagged deteriorating mental health as a consequence of environmental degradation. And cases are mounting. A survey of 10,000 young people in 10 countries, reported in the journal Nature, found that two in three respondents are experiencing elevated levels of climate-related fear and sadness — a phenomenon that is most acute in regions plagued by extreme weather.

Yet climate anxiety poses a problem for clinicians, since it expresses itself in wildly diverse ways. Symptoms can include depression, panic attacks, irritability, insomnia, substance abuse and suicidal ideation. The condition can also be difficult to diagnose because the grief itself is often ambiguous: when one experiences climate anxiety, Howard explains, one is mourning the future.

People with climate anxiety often don’t know where to turn, says Wayne Gray, a registered social worker who provides counselling through Maple — a Canadian company that offers virtual health care. Although the condition can be damaging, Gray explains, it is often sub-acute. It frequently expresses itself as low-level, omnipresent dread, which undermines well-being without triggering a full-blown crisis. What do you do with feelings like that? Go to the emergency room? Put yourself on a months-long wait list for therapy that may cost $250 a session?

Because the treatments are mostly psychotherapeutic — rather than pharmacological — they aren’t normally covered by provincial health insurance. That’s why Gray recommends online therapy, which can cost less than half the price of in-person sessions. “For climate anxiety, many people have found virtual therapy to be helpful,” he says. “If there’s nothing else the technology has given us, it’s given us access.” 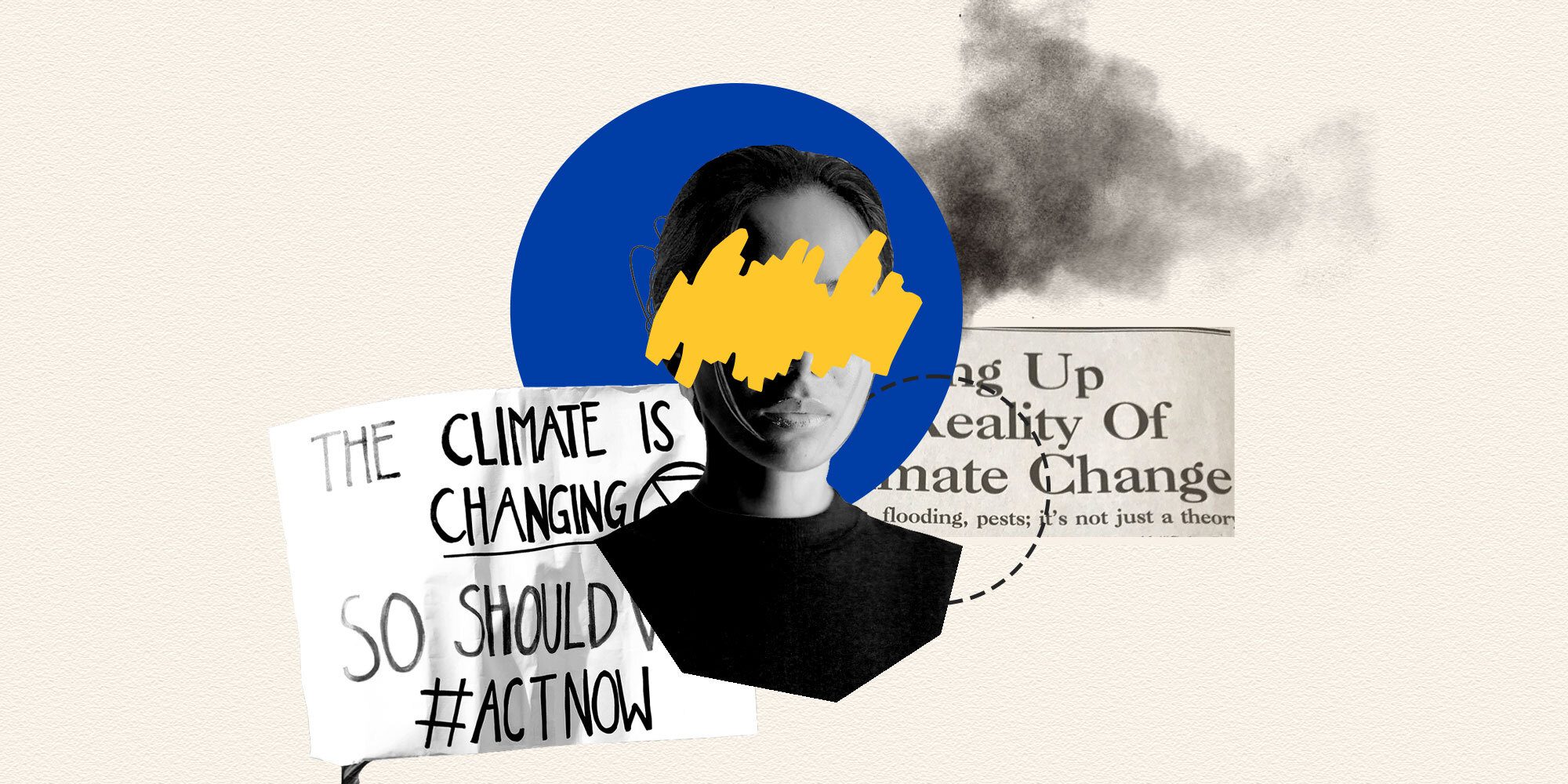 Arguably, though, it’s given us much more. Cassandra Cornacchia is a registered social worker who offers counselling via several organizations, including Inkblot Therapy, a Canadian company that provides digital-first mental-health care. She argues that, for many people, online treatment is not only a workable care model but an ideal one.

Some of its generalized benefits — geographic accessibility, short wait times — are particularly salient for people with eco-anxiety. “With online care, you can usually be connected to a therapist within one or two days,” says Cornacchia. “This is especially helpful if you have anxiety resulting from a sudden event — a forest fire, a flood or a frightening announcement on the news.” Moreover, people in rural communities, who are most vulnerable to climatic events and yet geographically far from the urban centres where many therapists work, can benefit from ease of access.

Another advantage of virtual therapy is the sheer abundance of options. Climate anxiety, Cornacchia says, is best addressed through a variety of therapeutic modalities — cognitive behavioural therapy to manage challenging thoughts, dialectical therapy to make peace with flux, mindfulness to live more fully in the present — each well suited to some people but poorly suited to others. When geographic proximity is no longer a limiting factor, clients can choose therapists whose approach best matches their needs.

For Cornacchia, one of the biggest perks of online therapy is that people can do it almost anywhere. Her practice is heavily based in mindfulness and eco-therapy, modalities that help people reconnect with nature. By engaging with the natural realm, she says, clients can discover that, although the world may be ailing, it’s far from spoiled. What better place to have this realization than in the outdoors itself? “People can do therapy from their favourite park or their backyard or the beach,” says Cornacchia, “anywhere they can get an internet connection.”

Therapy, of course, isn’t the only path to well-being. After her brush with climate anxiety, Howard found respite in activism. She became a delegate to the Canadian Medical Association council, where she put forth a motion to support research into the health effects of the tar sands. The experience left Howard feeling better — less helpless and ready for the next challenge. “I told myself, You’re not going to solve the whole problem, but you can do your part,’” she says.

Since then, Howard has devoted about 50 percent of her working hours to advocacy. As a member of the Canadian Association of Physicians for the Environment, she helped lobby both the Canadian Medical Association to divest from fossil fuels and the federal government to phase out coal power, something it has now committed to do. As co-chair of advocacy for the World Health Organization’s Civil Society Working Group on Climate Change and Health, she has lobbied for an international coal phase out, citing medical literature about the respiratory effects of air pollution on young people. She also speaks publicly about the mental health consequences of climate change — the sadness, anxiety and guilt — and how people might channel those feelings into political engagement. Her social and professional network now includes leading climate activists in Europe, Latin America, the Canadian North and the United Kingdom, where she is currently doing a master’s degree in public policy. “I picture all of us standing apart but together,” she says. Anxiety has become a spur to action — and a means of building community.

Cornacchia says that enhanced social connections are one of the best antidotes to the isolation of climate grief. This is yet another way that online forums can help. She remembers hosting a group session for Wellness Together Canada, a service that provides free mental-health support via peer-to-peer networks. On one occasion, there were attendees in every province, from British Columbia, where the forest-fire season keeps intensifying, to Newfoundland, where wind and rain seems fiercer than ever before. The meeting reminded Cornacchia that, although we may feel isolated in our grief, we live under the same sky. “It was beautiful,” she says of the experience. “There was a deep sense of common humanity.”