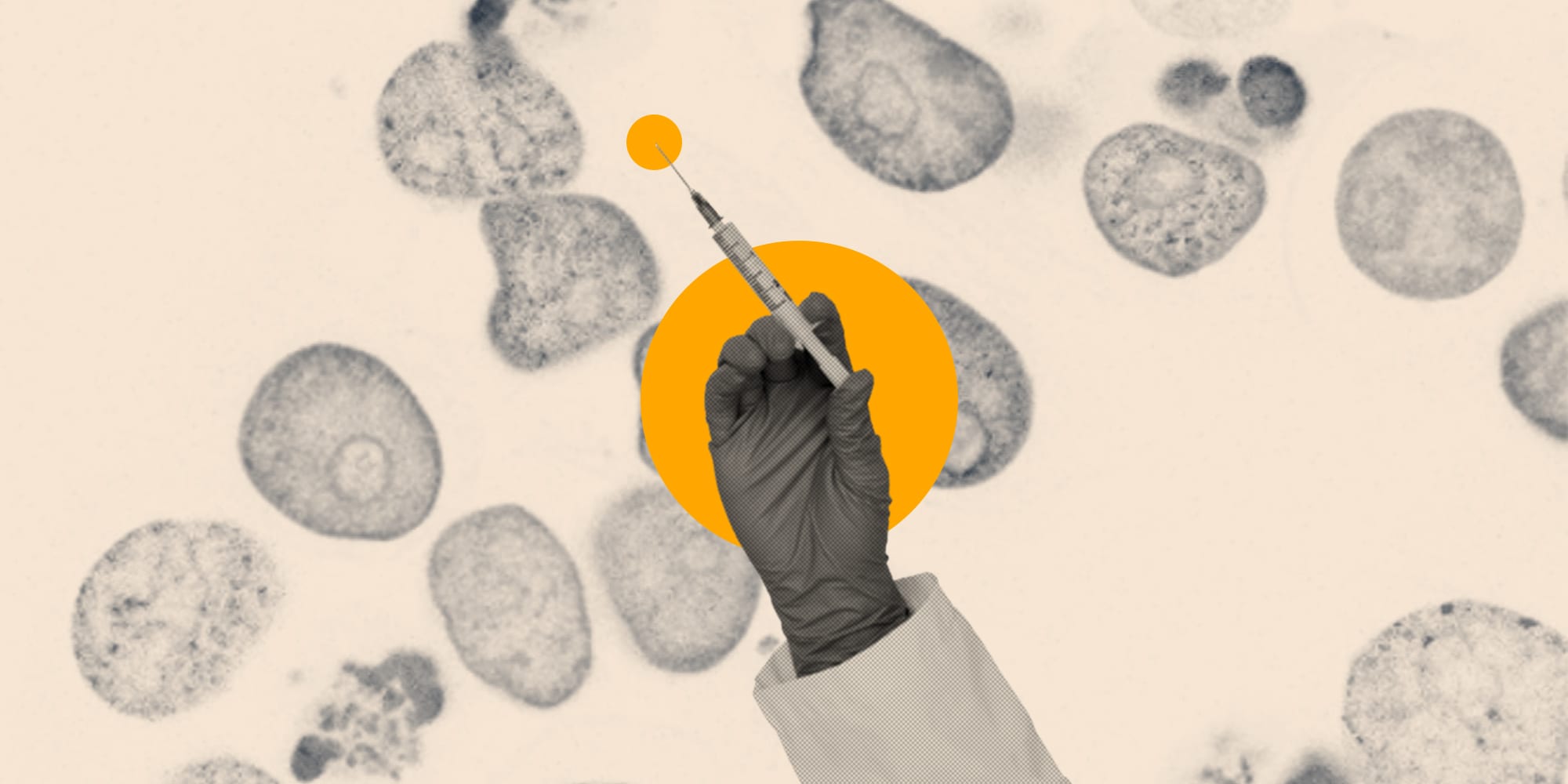 On a windy Monday morning in late January, Natalia Martin Orozco tucked 30 frozen vials into a shipping box filled with dry ice, then slid the package into the trunk of her car for the 30-minute drive to a Toronto clinic.

When she arrived, Martin Orozco, the chief development officer of Providence Therapeutics, handed the box to one of the waiting nurses, who placed the vials in a freezer. Over the next two hours, the group discussed how to handle the vials, how to thaw them and, crucially, how to administer what they contained: the first fully made-in-Canada COVID-19 vaccine to enter human trials.

Later that day, 45 volunteers received their initial dose of Providence’s two-shot mRNA vaccine (15 volunteers received a placebo). If everything goes well with this phase one clinical trial — no adverse reactions, promising levels of antibodies — Providence should start its phase two trial in April. Martin Orozco hopes that by the end of the year, the third and final trial will have wrapped, so they can secure approval from Health Canada and begin vaccinating the public in 2022.

“It felt like the first day of daycare, when you drop off your child — it’s hard, but you know everything will be fine,” Martin Orozco says. “It certainly took us nine months to get to this point and the delivery to the clinic gave us a lot of hope, seeing our efforts to help reduce the pandemic.”

Those efforts weren’t part of the original plan. The team at Providence Therapeutics had been developing mRNA-based vaccines to fight cancer, not infectious disease. This time last year, they were on the cusp of the first clinical trial for their ovarian cancer vaccine. “Then COVID came and everything went into lockdown,” Martin Orozco says. “We didn’t know when we could restart.” But Providence did have all they needed to make a vaccine pivot: the raw material, the up-to-code facility, the right personnel. And they knew the enormous potential of mRNA — a technology that is not only transforming the landscape of vaccination, but can accelerate and change the ways we treat infection, combat cancer and even fight food insecurity.

Think of messenger RNA, or mRNA, as microscopic blueprints for the body: they’re the sequences of genetic material that tell our cells how to assemble proteins. Each protein has a unique sequence — like, for example, the infamous spike protein that the coronavirus uses to pick the lock of our cells.

“Once scientists were able to determine the sequence that codes for the spike, they could produce the sequence synthetically, in the chemistry lab,” says Richard Bozzato, senior health adviser at MaRS. When that mRNA sequence is injected into the body, our cells read the blueprints, build the spike protein and then — recognizing that spike as something foreign and dangerous — mount an immune response against it.

What are the advantages of an mRNA vaccine?

Vaccines can be made in various ways but, historically, none of them has been especially speedy. Long before they get to the jab, researchers need to grow vast quantities of the virus — or an important piece of that virus — in eggs or in cells. Synthesizing mRNA, on the other hand, can be done in a relative flash. It’s no coincidence that Pfizer and Moderna’s mRNA vaccines were the first to receive Health Canada’s approval; these companies were in human trials before anyone else.

“Remember, going back to February and March, people were saying, ‘Oh, it’s going to take years before a vaccine is developed,’” Bozzato says. “Well, 66 days after the genetic sequence of the virus was available, Moderna treated its first patient in a phase one clinical trial. With this technology, they were able to react very, very quickly.”

As it turns out, mRNA vaccines aren’t just lightning fast, they’re astonishingly effective. Early in the pandemic, many infectious disease experts, Dr. Anthony Fauci included, believed they’d have to settle for a vaccine protection rate of 70 per cent. Just 50 per cent would have been enough to secure WHO approval. But Moderna’s vaccine is 94.1 per cent effective. Pfizer’s vaccine clocks in at 95 per cent. And early animal trials indicate Providence Therapeutics’ candidate looks just as good.

Here, too, mRNA vaccines have an advantage over traditional approaches. Typically, the body is responding to a finite dose of the vaccine — let’s say 10 milligrams of the spike protein, injected into the arm. But because mRNA vaccines deliver the spike protein’s blueprint, rather than the spike itself, those blueprints can be passed around from cell to cell. “The mRNA stays in the cells for a while,” Martin Orozco says. “So the same 10 micrograms of vaccine can be read several times to produce greater amounts of the spike protein,” generating a more robust immune response.

MaRS Impact Health
June 22 and 23
Join the inaugural conference exploring the frontiers of health innovation.
Save $50 on early bird tickets until May 20 — learn more.

What does mRNA technology mean for COVID variants?

To survive, a virus must make copies of itself, all the time and in enormous numbers. Inevitably, mistakes happen: slight mutations that alter the virus’s genetic sequence. If we’re lucky, these mutations don’t make much of a difference. If the virus is lucky, though, the variations mean it can outperform its earlier self. “We’re seeing these changes with the Brazilian COVID strain, the South African strain, the U.K. variant,” Martin Orozco says. “They’ve allowed the virus to be more successful and effective.”

The coronavirus doesn’t yet appear to have mutated so dramatically that it evades the protection of Moderna’s and Pfizer’s vaccines altogether. But the benefit of mRNA technology is that it allows vaccine developers to be extremely responsive. “We can very quickly adapt to a new target,” Martin Orozco says, simply by synthesizing the mRNA that codes for the new variants. “We can have a new-generation vaccine ready for trials right away.”

What does mRNA technology mean for cancer?

Cancer is a much more complex disease than COVID-19. There’s no single target, like the spike, for a vaccine to protect the whole population against. But the speed and precision of mRNA sequencing means a company like Providence Therapeutics can focus on personalized medicine. The technology makes purpose-built vaccines for cancer patients possible.

How? By sequencing a patient’s tumour, the team at Providence identifies mutations specific to that particular patient. From those mutations, they determine which targets — better known as antigens — will be recognized by the patient’s immune system, then use them to develop the vaccine. It’s a process that takes, start to finish, just eight weeks. “This approach, which is called immuno-oncology, basically stimulates your own immune system to fight cancer by presenting to your body something unique to the tumour,” Bozzato says.

As Providence sequences and collects targets from their personalized cancer vaccines, Martin Orozco hopes they might also move to general medicine. “We want to start identifying common antigens and distinguish which ones were the most effective,” she says. Those antigens could be encoded into mRNA technology for quick vaccination and maybe even for cancer prevention, as well.

And what does RNA technology mean for gene editing?

Nearly a decade ago, CRISPR revolutionized gene editing with a system of enzymes and guides that offered the fastest, cheapest and easiest way to manipulate DNA. “CRISPR contains two components,” says Aaron Chung, CEO of Spindle Biotech. “There’s the Cas9 enzyme, which can make very precise cuts to the genome.” Then there’s the guide RNA — not fundamentally different than mRNA, Chung says, and best understood as “the Control-F to edit the genome.” It finds the particular block of code causing the trouble and directs the Cas9 enzyme to snip away.

CRISPR has huge implications for our planet. It’s used to make crops less susceptible to disease or more resistant to drought; to create Zika-proof mosquitos or reef-building coral; to meddle with cancer cells or test for COVID-19. But that necessitates a great deal of guide RNA, which can get quite expensive. That’s where Spindle comes in: “We have a cost-effective method to synthesize high-purity guide RNA,” Chung explains. “That allows more CRISPR experiments to be conducted: to engineer crops, or cure cancer, or solve world hunger.” Powered by guide RNA, he says, “synthetic biology will change the world.”

Of course, as the pandemic barrels into its second year, the world still looks very different. But it finally feels like there’s light at the end of the tunnel — thanks in no small part to the contributions of mRNA vaccines. “In that sense, we were lucky: mRNA technology that had been developed over many years had come to a point of maturity so it could be deployed almost immediately,” Bozzato says. And we’re just starting to see what the mRNA platform can do. Adds Bozzato, “It’s here to stay.”

MaRS Impact Health is a virtual conference exploring the frontiers of health innovation on June 22 and 23. Registration is now open.

Our top tech sector predictions for 2019