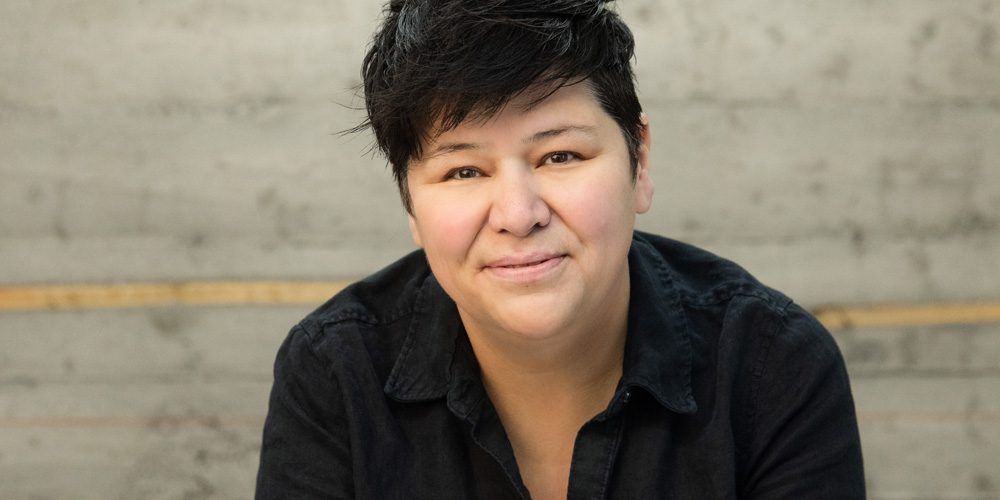 TELUS and Salesforce have invested millions into funds to support startups with social or environmental missions. Will other companies follow?

“When all that money got put into our account, I sat in my office and had a good cry.” That’s how entrepreneur Bobbie Racette recalls the moment in March when she landed $8.4 million in funding for her diversity-focused virtual assistant startup, Virtual Gurus. After more than 170 knock-backs from venture capitalists, she had become one of the first Indigenous women — maybe even the first — to lead a Canadian tech company to a Series A round. The tears flowed because Racette has built a business on fighting for the underdog, and finally the underdogs had their day.

Virtual Gurus connects companies with remote freelance workers who perform admin duties. But unlike its competitors, who Racette says “don’t show the humanity” behind the work, the Calgary-based venture focuses on workers whose talents are often overlooked — people with disabilities, those living with mental-health issues, people who are Indigenous or Black, single moms, veterans, and those who identify as LGBTQ2S+.

“Everybody who’s on our platform has a story,” says Racette. “And we make sure to shout that out to the world.”

Each match made on Virtual Gurus is a tiny blow against prejudice and stereotypes in the workforce. Yet it is also a sign of another shift in attitudes. A new model of venture capital is emerging that is challenging long-held beliefs about what kinds of startups are successful, who entrepreneurs are — and even what business is for.

Investing in the future

The lead investor in Virtual Guru’s Series A was the TELUS Pollinator Fund for Good, one of a small but growing number of funds that seek to create a better world with the investments they make.

“There is a growing impact-investment sector that is recognizing it’s actually possible to generate commercial success and do good at the same time,” says Ka-Hay Law, investment director for the TELUS Pollinator Fund.

These funds — which also include the likes of B.C. credit union Vancity and Montreal-based Cycle Capital — follow the traditional venture-capital model of trying to pick out startups that could become highly profitable. They also consider the company’s potential to meet other desirable targets, such as cutting carbon emissions, reducing inequality or improving health.

For entrepreneurs like Racette, these impact investors are game-changing. Having seen her pitch fall flat with scores of conventional VCs who glazed over when she talked about marginalized groups, she started approaching impact funds. She secured her funding round in six months. “They get it,” she says. “You’re pitching people who understand and know exactly what you’re doing.”

Since its launch 18 months ago, the TELUS Pollinator Fund has invested in 16 purpose-driven companies that are looking to improve health care, support a cleaner planet, make agriculture more sustainable and create more inclusive communities. Its portfolio includes Pocket Naloxone, an affordable over the counter naloxone option that reverses opioid overdoses, and Nectar, a precision beekeeping device that supports improved bee health and responsible agriculture. It has also invested in Raven Indigenous Capital Partners, an Indigenous-led investment fund backing Indigenous-led startups and entrepreneurs.

“These are startups that can create impact at a very large scale and be sustainable,” says Law.

With the mandate to invest $100 million in for-profit, purpose-driven startups, the Pollinator Fund is easily one of the largest impact funds in Canada. Plenty of large enterprises have corporate venture funds that invest in startups — either as a way of scouting for new ideas or simply to make money — but relatively few have also tried to generate social impact with them. In the U.S., Salesforce is often seen as one of the most successful, with a U.S.$150-million fund that has invested in 28 companies since its creation in 2017.

Good investors don’t just sign a cheque but operate strategically to “help the startup navigate certain waters, open some doors and, potentially, access customers,” says Kim Furlong, CEO of the Canadian Venture Capital and Private Equity Association. Corporates, with their vast networks of assets and expertise, bring new abilities to an impact investing market. TELUS’ corporate development team advised Fresh City Farms, a Pollinator portfolio company, on its purchase of Mama Earth Organics. TELUS leaders will advise or sit on the boards of Pollinator Fund portfolio companies, bringing their extensive business knowledge with them. Salesforce only invests in cloud-based companies, where it has obvious expertise to share.

Furlong expects to see more large companies looking at ways to support startups that are working on issues like climate change in the future. “More and more, you’re going to see circular-economy-type reasoning from corporates who want to be part of the solutions that will help with their ESG reporting,” she says. However, it’s too early to say whether many other corporations will follow TELUS’ step of creating a separate fund. Furlong points out that venture funds work on time frames that are up to a decade long and that even the best managers see big returns on only one in every 10 investments. That mindset can be tricky to integrate into a public company that has to report to shareholders every quarter.

Law, who has been managing impact investments around the world for more than a decade, is optimistic about the Pollinator Fund’s prospects. From the initial process of sourcing deal flow and finding partner organizations, Law says the response to the new fund has been overwhelmingly positive.

“Our investment pace has been fast in the first year,” she says. “And with every deal, we’re demonstrating that the TELUS Pollinator Fund for Good, as a corporate-backed impact fund, is a unique player in the impact ecosystem. And with a growing number of startups looking for values-aligned capital, we think there is immense untapped potential to make investments that generate financial returns and meaningful impact.”

This article has been produced in partnership with TELUS.

Why no cleantech investor can afford to miss MaRS Impact Week