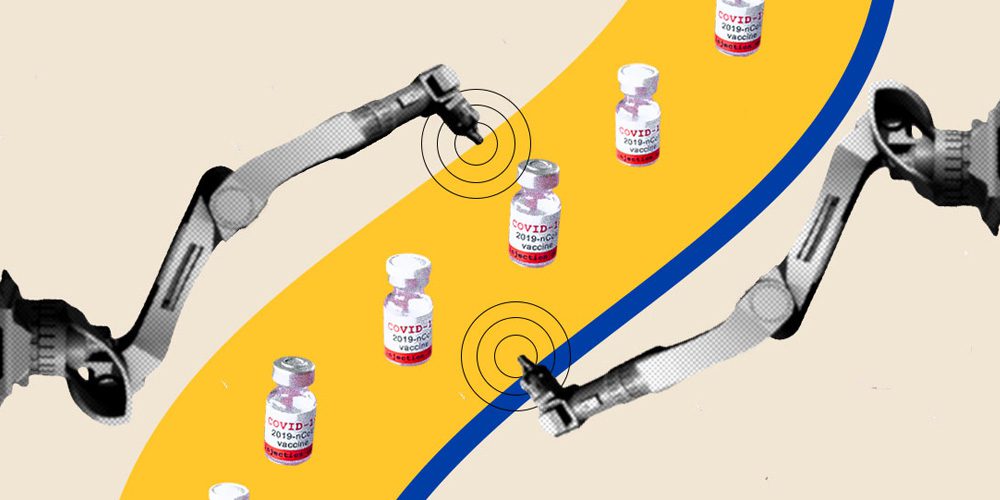 Why weren’t we better prepared? The frantic search for gloves and masks, then ventilators and life-saving drugs, and then the scramble to ramp up testing, slow the deaths in long-term care and deploy vaccines — the pandemic exposed a dangerous gap in this country’s ability to keep Canadians safe. It’s a fair question — one that people were asking in other countries, too — but a question that’s always easier to ask in hindsight.

Take, for example, the Pfizer and Moderna vaccines that were first to be approved. “Nobody would have known even five years ago that mRNA would have basically saved the world,” says Molly Shoichet, a biomedical engineering professor at the University of Toronto, co-founder of the biotech startup AmacaThera and former chief scientist of Ontario. Even if we had known, it’s always harder to find the funding and political will before disaster strikes.

“Imagine the government saying, ‘We’re going to spend a billion dollars on vaccine manufacturing,” says Andrew Casey, the chief executive officer of BIOTECanada, which represents members of the country’s biotech industry. “Everybody would go, ‘Are you nuts? Like, why would we do that?’”

More than a year of lockdowns, restrictions and economic hardship has made the reason very clear. Canada used to have a much stronger biotech industry, but its scope and scale have dwindled in recent decades. Now, with the country’s vaccination campaign well under way, attention is turning not only to how we can make Canada more resilient and better prepared for the next health crisis, but also how to reposition the country as a biotech leader along the way.

With the spread of another pandemic not if but when, building up the capacity to make vaccines at home is just the start. In between crises, a sustainable Canadian biotech industry will need to do other things too, like basic research and drug development, and make ingredients, tools and supplies. And with Canada’s oil and gas industry facing an inevitable decline, a thriving biotech industry could be an economic boon and job creator, too — one that doesn’t only serve Canadians but people around the world.

For that to happen, people in the industry say it will require more funding and investment for early-stage companies and bigger players alike, more government support, as well as more incentives to keep top talent here. “I think it’ll be important that we don’t have a short memory when it comes to this and we are able to continue to invest deeply in the biotech industry,” says Ryan Denomme, the co-founder and chief executive officer of Nicoya, a medical diagnostics–hardware company based in Waterloo.

Already, the federal government has made some pretty big commitments — much of it focused on manufacturing vaccines — with a long-term goal of making Canada a “significant player” in the global biotech industry. The federal budget earmarked $2.2 billion for the biomanufacturing and life-sciences sector, with $190 million to expand the drug production facilities of Mississauga’s Resilience Biotechnologies to make as many as 640 million doses of mRNA vaccines per year. Last year, the government announced it would invest $126 million to build a new Montreal biomanufacturing facility operated by the National Research Council, which is expected to eventually to produce Novavax vaccines. The government has also funded new manufacturing facilities from drug-maker Sanofi in Toronto, Precision NanoSystems in Vancouver and the University of Saskatchewan’s vaccine lab.

“It is really important to have the whole lifecycle of drug development, from early-stage discovery to manufacturing be able to happen domestically if you really want to grow the industry.”

But while everyone is understandably focused on vaccines, Denomme says investing in biomanufacturing is only part of the solution. “I think it is really important to have the whole lifecycle of drug development, from early-stage discovery to manufacturing be able to happen domestically if you really want to grow the industry,” he says. For instance, Nicoya specializes in the instruments that scientists use to develop drugs, and has received government funding to develop an inexpensive, portable device for rapid tests of COVD-19. There are also companies that make the components used in drug development and contractors that help bring promising drugs to market. He points to the Vancouver-based Acuitas Therapeutics’ ground-breaking work on lipid nanoparticles — the underlying technology that delivers Pfizer and Moderna’s mRNA vaccine into human cells — as the kind of advancement that’s possible with enough investment in early-stage work.

There are also pragmatic reasons to support efforts beyond biomanufacturing: we have no way of knowing what the next crisis will require, so a broader approach to would also help make Canada more resilient in the face of future threats, too. “What’s the mRNA of 10 years from now? We don’t know that yet,” says Casey, who argues that support for companies making components of the vaccine supply chain is as important as being able to manufacture the vaccines themselves. “You’ve got to think about building the racetrack and the facility of the racetrack, rather than betting on individual horses.”

In order to do that, however, more government and venture capital funding will be key — both for early-stage companies and more mature pharmaceutical companies, too. “I think the core of the problem in the biotech sector is that we don’t have a lot of corporate research in Canada, which means that we’re not coming up with the new product here,” says Shoichet pointing to consolidation in recent decades and U.S.-based companies bringing their international research outposts in-house as factors that have whittled away the country’s once-formidable biotech sector.

More funding would also mean more jobs, and a jolt to the economy. According to analysis of provincial data conducted by MaRS, the life sciences and biotech sectors in Canada already generate $54.4 billion in annual revenues, with nearly 8,000 companies employing more than 190,000 people.

Shoichet says there are also levers the government can use to make it easier for smaller-stage companies to grow and to make Canada more attractive for the pharmaceutical giants to do research here. She says Canada could subsidize rent or salaries and offer a mix of tax breaks or credits that not only make it attractive for recent graduates to stay but also convince foreign companies to put down roots.

Having the support and funding to pay more competitively makes it easier to retain top Canadian talent and attract foreign talent, too. This isn’t a new problem, but as long as recent graduates have the option to go to San Francisco, Cambridge or Boston and get paid twice as much, it’s that much harder for Canada’s biotech sector to grow. “These are all our PhD students who are going to be inventing the future,” Shoichet says. As a result, Denomme says the sector is short on mid-career talent — people who have been working between five and 15 years and have enough experience to train the next generation of leaders.

Shoichet, Casey and Denomme say there are lessons we could learn from Canada’s tech sector, where the global success of BlackBerry and Nortel created thriving local communities of other successful companies and leaders who then reinvested in the sector — bringing more jobs, more investment and more companies to the country.

“We’ve done a great job of creating companies, but what we failed to do is scale those companies up and create commercial anchor companies in this country. And that’s what we have to do,” says Casey — sooner, rather than later, while the lessons from the pandemic are still fresh. “Hopefully this memory will ingrain itself to the point where people say, ‘never again.’”

Colorectal cancer screening can be life-saving. But not everyone can access it.

12 healthtech companies you need to know