“We just want our children to survive” 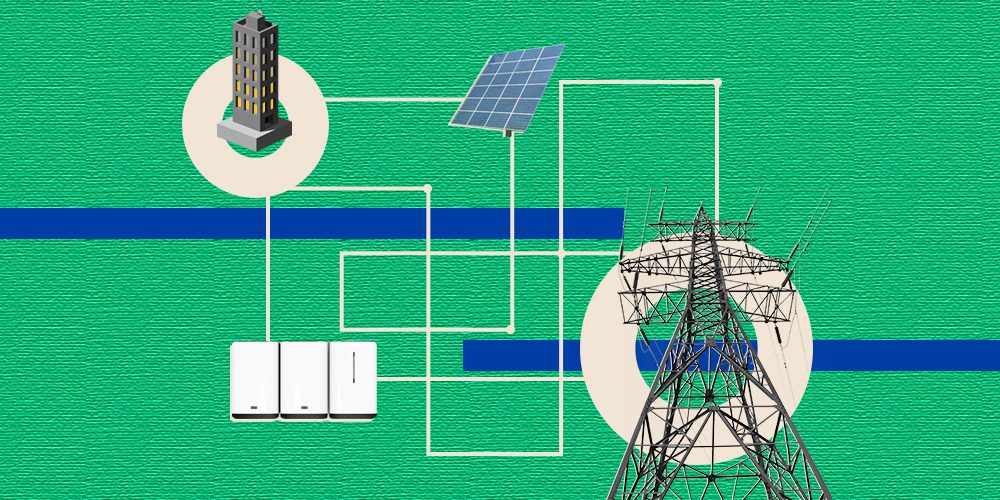 Improving the energy grid is the world’s biggest hurdle on the road to net zero, says climate-tech wizard Joshua Wong. His company, Opus One Solutions, is already charging to the finish line.

Forget self-driving cars, super computers and the International Space Station. Ask Joshua Wong, president, CEO and founder of Opus One Solutions, what the most complex human invention created since the 19th century is and he has a surprising answer: the grid that brings electricity to homes and businesses.

“We can’t put electricity in an oil tanker and just ship it from one place to another. Electricity is one of those very complicated — and taken-for-granted — things that needs to be generated and consumed instantaneously,” says Wong.

Now, the grid is becoming even more complicated as utilities begin the serious job of transitioning from fossil fuel to clean energy for the masses.

New technologies, from solar panels to wind turbines and battery storage to electric-vehicle charging, aren’t the issue. In the past few years, they’ve gone through tremendous innovation and growth as prices drop. (In most regions, renewables are now cheaper than electricity from fossil fuels). But, says Wong, electrical storage potential is still limited so it’s difficult to use these clean sources of energy in an efficient way. The grid itself becomes the bottleneck — at least for now.

As we transition to cleaner energy sources, it’s critical that we innovate and evolve this infrastructure,” he explains. “The grid is the biggest problem to solve.”

Wong, an engineer, has been solving the energy sector’s problems for years. Working for Toronto Hydro, he was on a policy and regulatory advisory committee leading up to the Ontario Green Energy and Green Economy Act in 2009, and consulted on smart-grid policies for the federal government. With that inside view, he knew exactly what changes were needed to make the antiquated grid more reliable, sustainable, efficient and cost-effective.

He launched Opus One Solutions in 2010 to help get the job done. Its GridOS software brings old, massive, centralized and unwieldy power grids into the future.

Rather than overhauling the entire system, which would cost billions, the company’s software pinpoints inefficiencies and helps accommodate new clean energy sources like solar and wind, which can be inconsistent. (Because the sun doesn’t always shine and wind doesn’t always blow, battery storage is required at various points along the grid.) The software also smooths the way for two-way power flows, meaning homeowners — or entire neighbourhoods — can send power back into the grid using their own clean energy sources.

“The exciting thing is the potential for communities to realize their own energy preferences. We have a whole bunch of customers that have set environmental, social, governance (ESG) goals for themselves around clean energy.”

Opus One’s data analysis software models how this two-way power moves in real time, allowing utility companies to see what’s going on inside the grid so they can develop powerful, cost-effective distribution plans. The software also allows them to better manage the internal workings of the grid as clean power flows back and forth.

Innovation for the grid means everyone has more opportunities to use clean energy sources, says Katherine Sparkes, director of innovation, research and development for the Independent Electricity System Operator (IESO), which manages Ontario’s power system. “The exciting thing is the potential for communities to realize their own energy preferences,” she says. “We have a whole bunch of customers that have set environmental, social, governance (ESG) goals for themselves around clean energy. Through these technologies and solutions, we’re not only supporting them in realizing their energy visions, but unlocking solutions for affordability, reliability and sustainability at the provincial level.”

To really make a difference, these smart solutions need to move beyond small pilot projects and be widely deployed. Wong’s aim is to design and test how a transactive energy marketplace might work, where homeowners cannot only buy power from a utility but also sell energy back into the grid. Because levels of legislation and regulation have built up over time, however, industry innovators and new solution providers must work diligently to disrupt the sector. For Wong, his experience prepared him for all of that, and the years’ long sales cycles.

“I could play a very long game to dedicate this career, this lifetime of work, to clean energy,” he says. Fortunately, he was only in his late twenties when he launched Opus One Solutions.

Tim Nash, an economist, podcaster and financial adviser specializing in cleantech investments, says beyond the obvious need to pivot to green energy to stop global warming, innovating old systems like the grid is needed for another important reason: our economy.

“Cleantech solutions are vital to keeping Canada’s economy competitive. Canada is an energy leader, but the world is quickly moving toward low-carbon technologies. We need to stay ahead of the curve or else get left behind,” he says. If Canada hopes to keep pace with other countries — and reach its goal of net-zero emissions by 2050, energy-sector solutions like Opus One’s are critical.

Wong knows he’s working against the clock. With every news story of another fire in California, flood in Germany, heat wave in B.C. or displaced villages in India due to rising ocean levels, the sense of urgency grows.

“I wish I could go faster,” he says, admitting he works 12- to 15-hour days in his home office, as his young family — which includes three sons under six years of age — goes about their routines beyond his door. “I think nobody expected things like the wildfires and all the hurricanes to happen so quickly. What used to be a vision and innovation has become about survival and people’s lives.”

That tenacity is paying off. Over the past decade, the company has grown to 100 employees with clients that include Portland General Electric, Nova Scotia Power, Hydro Ottawa, Hawaiian Electric and Scottish and Southern Electricity Networks. For a new project in Pickering, Opus One is providing software support for a neighbourhood’s microgrid that draws some of its power from solar energy. Homeowners save money and have access to reliable power if the area’s traditional grid falters.

This newly built Altona Towns development is certainly a step in the right direction, but significant industry change can’t come soon enough for Wong who worries deeply about his boys’ future in the face of climate change.

“I could care less which university they go to or whether they become a doctor or lawyer. I think I share a common sentiment with a lot of parents; we just want our children to survive and be able to have stable, safe and healthy lives,” he says. “That’s the priority driving Opus One right now.”

Opus One Solutions is one of 10 companies in Mission from MaRS, a special initiative that’s working to tackle the global climate crisis by accelerating the adoption of new solutions.

Good data can help stop climate disasters before they happen