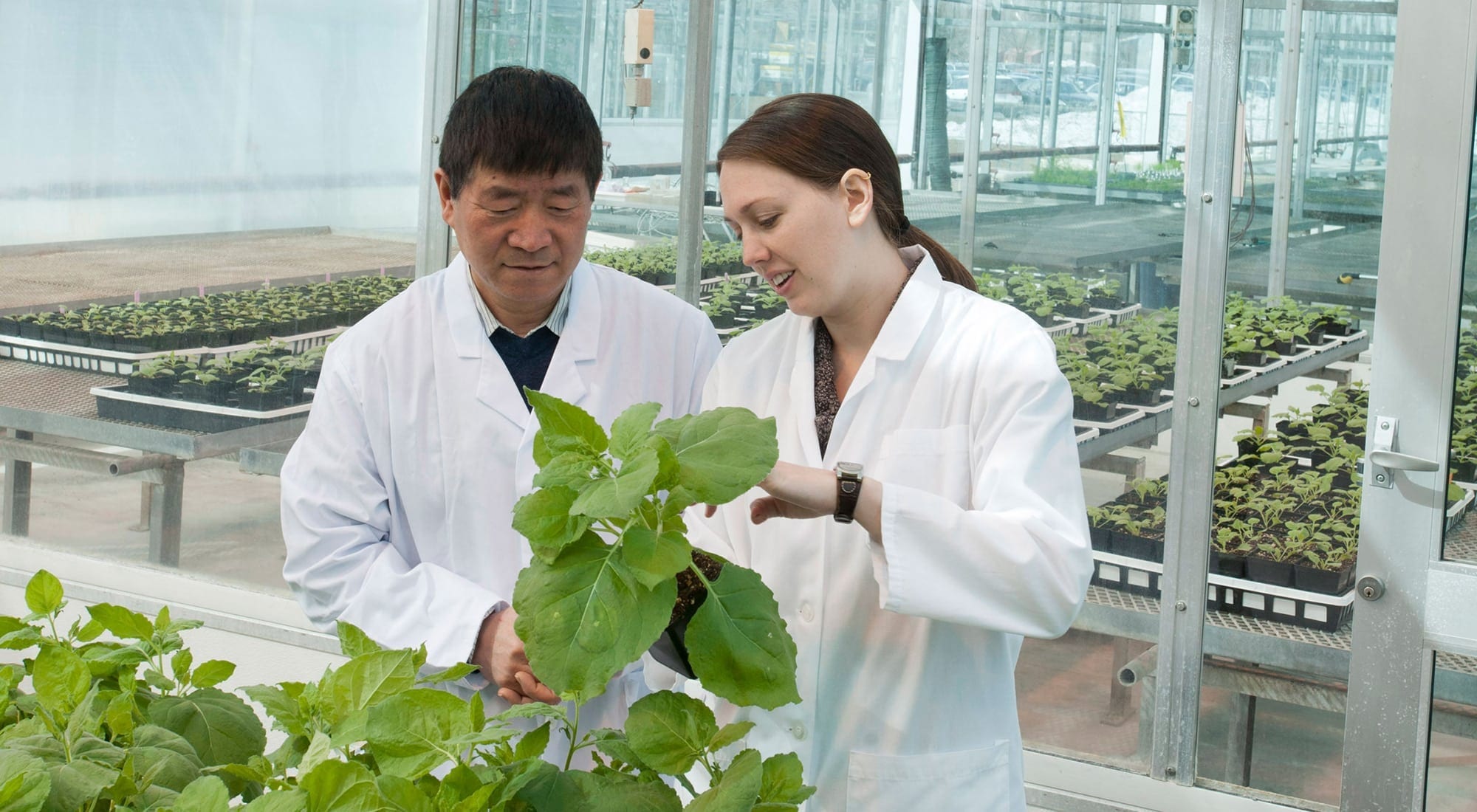 There’s no doubt that it takes vision, intellect and passion to make a profound impact in the world of new drug development. A supportive community also helps. Here are six MaRS-supported companies whose leading-edge technology and innovative products are poised to revolutionize treatment for patients in Canada and worldwide.

The goal of PlantForm is to make life-saving medicine more affordable. The two-year-old firm is commercializing a plant-based manufacturing platform, called vivoXPRESS, for lower-cost drug production, using genetically modified tobacco plants to “grow” biopharmaceuticals in greenhouse environments. The company’s lead product is a biosimilar version — it’s almost identical to the reference medical product but with marked differences due to its biological origin — of an important breast cancer drug called Herceptin. Don Stewart, president and CEO, says PlantForm has demonstrated the effectiveness of its product, and because it will be available at a lower cost than the current drug on the market, patients will have more access to the new drug and the cost burden on the health-care system will be reduced.

The side effects of chemotherapy can be debilitating for cancer patients, but Alpha Cancer is hoping to change all that. According to the firm’s president and CEO, Igor Sherman, Alpha Cancer is developing novel cancer therapies that are more effective and significantly less toxic than current drugs on the market. He says that in animal models, the company’s lead drug candidates — ACT-901 and ACT-902 — were more effective than maximal tolerated doses of chemotherapy and caused no side effects, while animals receiving conventional chemotherapy showed obvious signs of toxicity and appeared generally very sick.

Over the past three years, ScarX has been developing a topical therapeutic, called SCX-001, which significantly reduces the amount of scar tissue that forms following surgical wound closure. “Apart from aesthetics, many scars can be disfiguring,” says ScarX president and CEO Stephen Whitehead. “They can [also] restrict joint motion and can often be quite painful.” ScarX has developed SCX-001 into an early-stage clinical drug, and within the next five to ten years, the biotechnology company hopes to have it approved.

One of the problems with traditional cancer therapies is that they often kill the good cells along with the bad. Formation Biologics engineers immune-based cancer drugs with selective “anti-cancer” activity, preventing the collateral damage to normal tissue that typically occurs with current therapeutics. It has recently transitioned from a discovery firm to a development company, and the most promising of its discovery molecules is about to enter clinical development later this year.

Dedicated to discovering antibodies to treat human diseases, Northern Biologics is advancing a promising line of targeted therapeutics for cancer and fibrosis. In one recent success, the company acquired the rights to a novel immuno-oncology antibody that it believes has the potential to significantly improve outcomes for patients with several hard-to-treat cancers. CEO Stefan Larson reports that the company will be launching a clinical trial early next year.