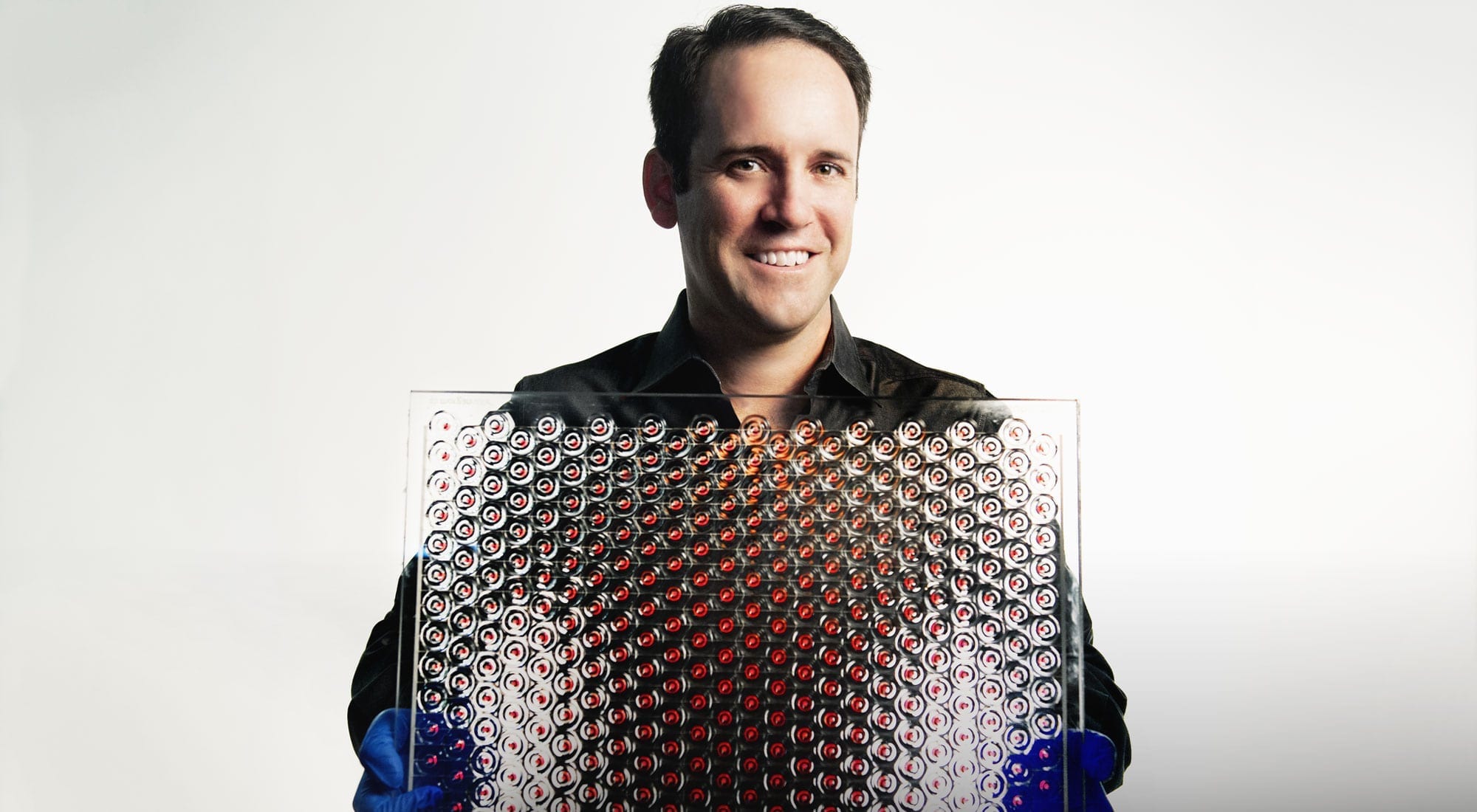 John Paul Morgan shines a green penlight on a prototype that he created — a solar optic that converts light into electricity. As he does, the beam strikes the device’s acrylic surface, then bends abruptly at a right angle toward the centre, where it elegantly converges on a thumbnail-sized solar cell that produces the power.

It has been nearly a decade since he developed this device, and his technology has improved dramatically since then. Now significantly more affordable, it is also lighter, better designed, and arguably one of the more efficient ways to produce solar electricity on the planet.

Looking back on the source of inspiration for his unique design, Morgan, co-founder and chief technology officer of Toronto-based Morgan Solar, points to the early 2000s when he worked in Ottawa for JDS Uniphase, the optical-networking pioneer that at the time was a giant of Canada’s world-leading telecom scene.

It was there, in the JDS lab, that he got to tinker with optical components and equipment, solve problems and learn the language of light. “That experience prepared me for Morgan Solar,” recalls Morgan, one of JDS’s more prolific young inventors. “I certainly could not have done what I’m doing now without it. JDS basically taught me to be fearless when it came to optics.”

Although Morgan’s mission now is to make solar energy cheaper and more widely available, his story illustrates a common but little-noticed theme in Canadian cleantech: Years of expertise and experience from Canada’s golden age of telecom are today being reapplied to solve major challenges around energy and the environment. 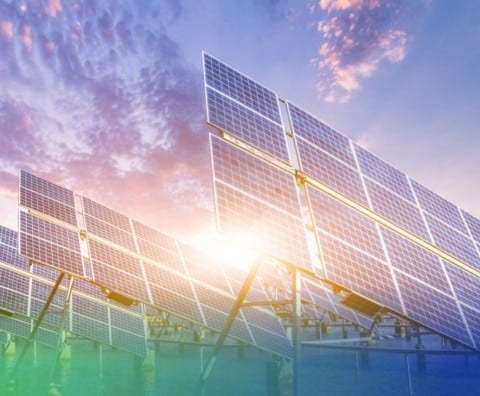 The result is a new generation of companies building on the intellectual property of an earlier era, when companies such as JDS, Newbridge Networks and especially Nortel Networks were hotbeds of optical networking innovation. Ventures such as Morgan Solar are now leveraging this know-how to generate cleaner electricity, eliminate waste from industrial processes, put energy-hungry data centres on diets, and enable the 21st-century smart grid. “When you look at my notebook during the initial invention phase for Morgan Solar, you see 20 years of patent history standing on the shoulders of these giants,” Morgan says.

Ottawa’s Silicon Valley North built the backbone of the Internet

Before Google became a household name and Netflix began serving up online videos, and well before social-media fixtures such as Facebook and Twitter captured our collective attention spans, Ottawa’s high-tech scene — the original Silicon Valley North — was building the backbone of the Internet these popular services depend on.

The cutting-edge lasers, optical components and fibre-optic gear it developed now carry, analyze and guide much of the data generated today — from online transactions and machine-to-machine communications to the seemingly limitless number of cat videos that spread virally through YouTube.

At their peak, Canada’s giants of networking were valued at more than half a trillion dollars — greater than the combined value of Canada’s Big Five banks. Then, between 2000 and 2002, it all came crashing down. The telecom market collapsed, orders dried up and massive job cuts followed. Nortel later declared bankruptcy and its various parts were sold off. JDS, a shadow of itself, relocated its headquarters to California and eventually broke up into two smaller companies, Viavi Solutions and Lumentum Holdings Inc., in 2015.

Yet the roots of their innovation remain intact, and new shoots are sprouting — many of them green. Toronto-based FIBOS, an optical-sensor developer, says its business has been heavily influenced by work done by Nortel and JDS during the 1990s involving “fiber Bragg gratings.” FBGs alter the core of an optical fibre using ultraviolet lasers, enabling the fibre to transmit some wavelengths and block others. When first demonstrated by federal scientist Kenneth Hill in 1978, the concept was a significant advancement for optical communications because it created the ability to distribute telecom channels in a new way.

“This was a big Canadian invention, and the list of people who could make FBGs in the 1990s was very short,” says Nicholas Burgwin, co-founder and chief executive officer of FIBOS. “Nortel and JDS invested heavily into it, and this gave them a competitive edge.”

Some of that investment made its way to Toronto when Ryerson University took advantage of the JDS downsizing to purchase some of its equipment in a re sale. It was at Ryerson, with this equipment, that Burgwin first developed his FBG-based sensor technology to monitor strain and temperature in rugged industrial settings.

It turns out, optical sensors have a huge advantage over traditional electronic sensors. They can be used reliably in a volatile environment, such as an oil refinery, where temperatures often rise above 1,000 degrees celsius. Because they transmit light — not electrons — there’s no risk that a spark will cause an explosion.

As a result, optical sensors make it possible to improve the efficiency of industrial processes in a range of new settings, from chemical plants to sawmills.

Burgwin, much like John Paul Morgan, is well aware of what his firm’s future owes to the past.

“We’ve made slight changes, but what we’re doing is essentially what the telecom industry has been pushing out for years now in high volume,” he says. “They’ve given us the confidence and ability to do what we do.”