It’s not as though Calgary entrepreneur Brent Harris set out to take on Elon Musk and beat the legendary innovator at his own game.

“That’s not our mission,” Harris says of Eguana Technologies, the company he founded 15 years ago to bring green energy systems to remote, off-grid locations. “But,” he adds, sounding more surprised than proud, “it certainly is the situation at this time.”

Musk’s Tesla Inc. first announced its Powerwall home battery system in 2015 amid heady expectations. Energy storage promised to take home solar systems mainstream, to save householders money, if not make them independent of the conventional grid altogether. According to the hype, what the Tesla electric car did to the automotive industry, the Tesla Powerwall would do to the electrical system.

But full production of the unit still awaits the completion of a Tesla “Gigafactory” in California, so in the meantime, thousands of consumers in Europe and the United States have snapped up competing battery systems controlled by Eguana Technologies.

The company’s biggest customer base is Germany, where the high cost of power has inspired a world-leading shift to rooftop solar generation — and where being able to store that power for when you need it most can cut reliance on the grid by 80 per cent. Eguana is also focusing on another solar hotspot, Hawaii, where it has partnered with the state’s largest solar installer to supply the batteries all new systems now require.

The promise: An affordable system run on renewable energy

Even without Tesla leading it, the revolution the company promised is well under way. A virtual mob of new technologies is storming the rigid architecture of the Edison-era electric grid, promising radical improvements in its efficiency and usefulness.

For consumers struggling with the steadily rising cost of power, the revolution promises greater control, allowing them to determine when, where and what kind of power to use. It will also turn utilities from one-way pipelines into complex webs where energy is produced and traded in multiple directions with the speed and efficiency of a stock exchange. And for society at large, it holds the tantalizing promise of an affordable system fully run on renewable energy.

Eguana, which takes its name from the sun-loving reptile, initially developed its “smart inverter” technology to deliver power from fuel cells in remote locations. But battery-backed solar energy held such promise that it quickly became the company’s main business.

“We basically make the battery do interesting things on the grid,” Harris explains. “It will let you store your solar energy during the day for use at night. Or, if you’re in a place that has time-of-use rates, it will charge the battery at a low-cost time to offset buying power at a high-cost time.”

But self-generation is only the beginning. The bigger changes occur as buildings are networked.

“When you’re talking about a half-dozen batteries, it’s not really a big deal,” Harris says. “But when you start to get hundreds of thousands of these things, and you can call on them all at once, now you have megawatts of power at your disposal.”

For utilities, this offers a compelling alternative to installing more and more of what Harris calls “dumb transformers.” The old way amounts to “building a 16-lane freeway that’s going to be busy for an hour a day,” he explains. 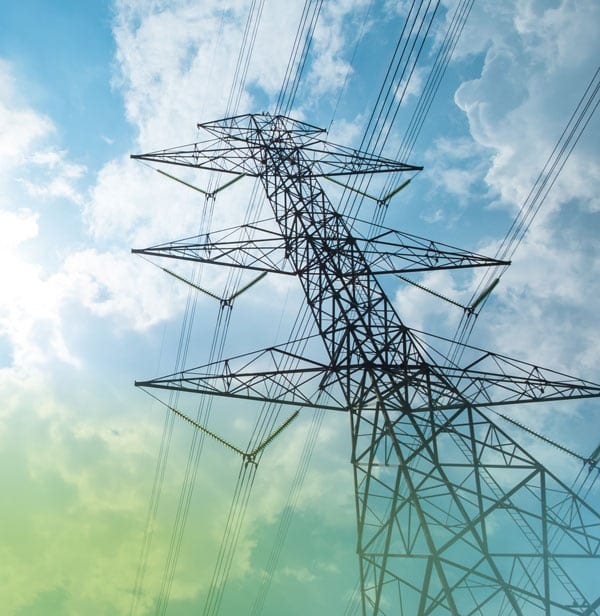 The vision is fast becoming real in Hawaii, where rooftops on the populated island of Oahu already produce 500 megawatts of solar energy, and the state has mandated that the grid be powered entirely from renewable sources by 2045. There is now so much “uncontrolled solar” that Hawaii has made storage batteries compulsory for all new installations because the state can’t handle all the power being generated.

Solving such a problem is the business of Toronto startup Opus One Solutions, whose software platform, GridOS, provides the computing power needed to make the smart grid smart. “It’s a huge challenge,” says Opus One chief commercial officer Keyvan Cohanim.

More than 60 per cent of the North American grid “runs blind,” he says, and the first job of GridOS is to map where the power is owing in real time. Only then, he says, can a utility manage its resources properly — and place a value on power from renewable sources and storage batteries. This will eventually lead to a market, Cohanim says. “So that, in the future, market mechanisms can determine who’s selling power onto the grid versus who’s using it, and it becomes a self-balancing operational model — just like the stock market.”

The smart grid will spark change for consumers and producers alike
The self-balancing smart grid will allow those who are sufficiently motivated unprecedented control, whether as energy consumers or producers. Others will be content to relax with a good book while their electrical panels automatically “play the market” to their best advantage.

Opus is currently putting GridOS to the test in New York State, joining utility National Grid in a project to manage the energy profile of the 120-acre Buffalo Niagara Medical Campus.

Spurred by widespread grid failure following Hurricane Sandy in 2012, New York is among the handful of jurisdictions leading the march to develop all manner of “non-wire alternatives” to the status quo, both to optimize existing infrastructure and to make the system more resilient. In the process, Cohanim says, “the role of the utility evolves” from being a reliable supplier of power to “also helping customers be more independent.”

And that could be the toughest change of all, according to Ron Dizy, managing director of the Advanced Energy Centre at MaRS Discovery District in Toronto. It’s not the lack of new technology that impedes innovation, he says: “We think it’s much more an adoption problem than an invention problem.”

Established in the Edison era, the traditional ways of generating and distributing electricity suffer from tremendous inertia. “But it’s not that the government is slow, and utilities are dumb, and the regulator doesn’t get it,” Dizy adds. “The incentive system is set up in such a way that we get the results we get. People are acting completely rationally, in ways counter to what we all agree should be done in the long run.”

The challenge is to devise incentives that encourage the adoption of new technology that meets everyone’s needs. Because the problems are universal, the solution itself may become an exportable opportunity.

Take the experiment in Ontario when the government at the time agreed to pay for solar energy through its original Feed-In Tariff (FIT) program. The initiative, says Dizy, was overly generous and served to stifle innovation: “We deployed lots of solar, but we certainly did it at a higher cost than we needed to.” As a result, the companies created in the province were unable to compete internationally because their costs were too high, he adds.

One positive example of regulatory reform was the deal struck between Hydro Ottawa and the Windmill Development Group to create a self-sufficient micro-grid for what Windmill calls “the world’s most sustainable community.” The 15-hectare development, which is being built on former industrial lands bordering the Ottawa River, will see its energy use managed by a subsidiary (jointly owned by Hydro Ottawa and the developer) that operates outside the normal regulatory framework, allowing the public/private group to innovate in ways that wouldn’t be possible otherwise.

Utilities that fail to innovate risk being disintermediated

“Back [in the early 1980s], if the lights were on everyone was happy, and the rates didn’t matter,” says utility veteran Glenn Magill, who began his career with Hydro Ottawa in 1982. Today, Magill is general manager of infrastructure development for Energy Ottawa, a non-regulated subsidiary set up by the utility to market innovative technologies, beginning with a new method to test the performance of buried cables. “It’s a much more challenging industry from an operator perspective,” he says. “But there’s lots of opportunity for innovation.”

However, opportunity doesn’t always translate into sales. While Eguana is helping to lead the solar revolution around the world, it has only a handful of customers in its own country.

According to Brent Harris, the promise of energy storage is hobbled in Canada by the widespread use of “net metering” policies, so called because a customer’s meter turns in one direction when it is consuming grid-produced electricity, and then backwards when the household is producing more renewable energy than it can consume. Thus, utilities pay solar producers the same retail price that they charge for power. In effect, the producers “get to use the grid as a giant free battery,” Harris says, which kills any incentive to store the energy themselves, given that his battery installations cost between $12,000 and $20,000 (U.S.).

In Germany, he says, utilities buy solar power at realistic wholesale prices, about one-third what they charge, so it pays to generate and store your own supply. As a result, Eguana has sold 5,000 battery systems for rooftop solar installations there.

Harris sees hope in Ontario’s latest industrial conservation initiative, which rewards medium-sized commercial customers who shift a certain portion of their consumption to off-peak times. “That’s creating opportunity,” he says, and his company now has a product able to store up to 15 kilowatts when the cost is low for use when the cost is high.

Canada needs a lot more such tactics, according to Dizy. “I think our head’s in the right place, I just think our policies could drive things better and faster,” he says. “But we are a place that gets it.”

And every small step forward makes the ultimate goal — a sustainable, carbon-free energy system — that much more attainable.