When it comes to discovering life-saving drugs, AI kicks the “fast track” into overdrive 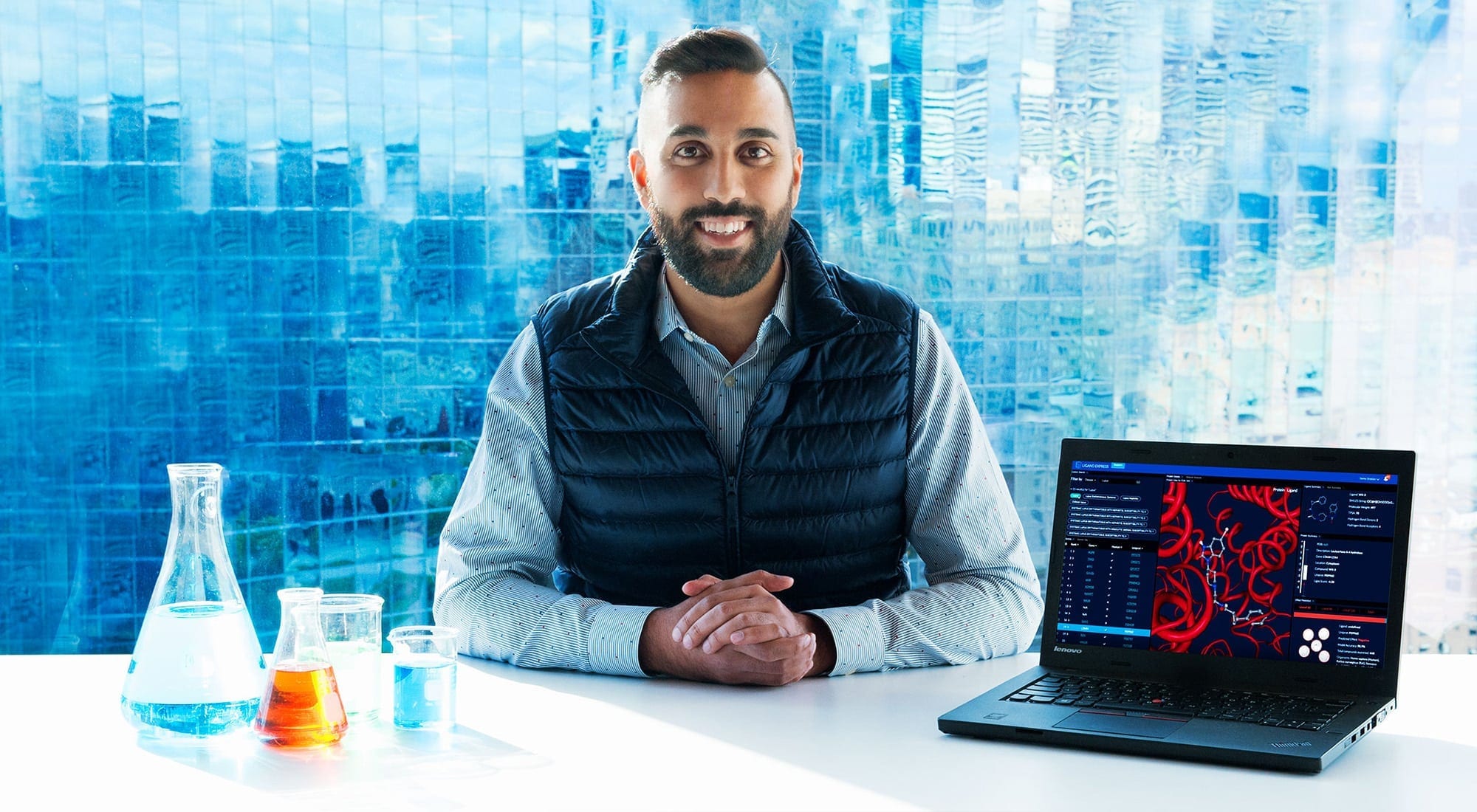 They say that speed kills, but in medical science it can also save lives.

For example, developing new drugs is lengthy, complicated and expensive. It requires that scientists identify proteins that cause disease, evaluate molecules that may target those proteins, and then go through rounds of clinical trials before receiving the regulatory approval needed to treat the sick and needy. The whole endeavour can take 15 years and cost billions.

Artificial intelligence, or machine learning, promises to accelerate this process — and enhance it.

By finding the genetic mutations at the root cause of a disease, and rapidly predicting the effectiveness of treatments, AI can not only deliver drugs more quickly and more cheaply, it can also customize those drugs.

Researchers and entrepreneurs in the field say that AI, particularly in combination with the latest research approaches, has the potential to guide the development of precision drugs and more effective therapies for a wide range of conditions.

“AI will be the enabling technology for medicine in the future,” says genome biologist Brendan Frey, co-founder and chief executive officer of Deep Genomics, a Toronto startup that specializes in AI-driven genetic medicine.

There is now what he calls a “huge wealth” of information on cell biology as well as on patients themselves — from fully sequenced genomes to the data gathered by fitness trackers and cell-phone apps — but it is inaccessible to family doctors.

“Currently, the system is broken,” says Frey, who is also a co-founder of the Vector Institute, the new centre for AI research based at MaRS in Toronto, and a professor of engineering and medicine at the University of Toronto.

Human biology is “too huge and complex” for the mind to understand fully, he says. In the past, hypothesis-driven pharmaceutical development, using a “look-and-see approach,” led to major breakthroughs, such as the discovery of insulin by Canadians Frederick Banting and Charles Best. “But what’s crucial there is a huge amount of luck,” Frey notes. “How many diseases and effective therapies are out there that we haven’t come across by accident?”

The key, he adds, is to understand the biology of a disease and then engineer a therapy for it. This changes drug discovery from a “surprising type of endeavour” to something “very much data-driven and intentional.”

Deep Genomics is applying this “intentional” approach to rare Mendelian disorders, a class of inherited diseases that result from a single genetic mutation, so they are considered relatively simple for scientists to target. Although rare, there are many such disorders; indeed, they are estimated to affect 350 million people around the world. One example, spinal muscular atrophy, is a leading cause of infant mortality, for which the U.S. Food and Drug Administration approved a new drug called SPINRAZA in December 2016, despite the fact it was still in the final phase of clinical trials.

Even with the FDA fast-track, the drug took 13 years to develop, and it costs patients $750,000 US in the first year, then $375,000 annually for life. Frey suggests the use of modern technology, including AI, can reduce both the time frame and cost. “At Deep Genomics, the hope is to make better medicines available to more people, more quickly.”

As well as rare diseases, AI is on the trail of mass murderers: the Ontario Institute for Cancer Research is using machine learning both to develop genomic tools for early cancer detection and to categorize tumours, so clinicians can devise more effective treatments, says Philip Awadalla, director of computational biology at OICR.

“There’s a lot of data to be mined that have been under-exploited or under-utilized,” he explains, and OICR has access to mountains of it collected both by the Ontario Health Study, its landmark attempt to help researchers better understand the environmental, lifestyle and genetic factors that cause cancer and other chronic diseases, and the International Cancer Genome Consortium, a global agency based at the institute. Analyzing all this information could bring to light, for instance, compounds that are used for one condition that could be applied to another.

As for drug discovery, says Awadalla, who also teaches population and medical genomics at the University of Toronto, AI can speed up the assessment of new compounds for their effectiveness, toxicity and ability to be metabolized. Researchers use “pre-existing data to predict potentially new interactions,” he says, which screens out molecules with undesired effects and prioritizes more effective ones. This process takes seconds or minutes using high-speed computing, compared with months and years of experimentation.

But the process doesn’t stop there, he says. It is still necessary “to take something into the lab, and you still need to go through the various steps of clinical trials. Sometimes there is something to be said for approaches that may be more traditional.”

AI is only one part of the drug-discovery model

What researchers need is a hybrid, according to Naheed Kurji, president and CEO of Cyclica Inc., a Toronto life-sciences technology startup.

“AI will play an important role,” but is “only one piece of the puzzle,” he says. “The nexus between knowledge-based approaches, like AI, and structure-based approaches … is critical in ensuring that the best medicines are brought to the market faster and at a lower cost.”

AI is augmenting traditional methods of drug discovery, Kurji says, noting that previous approaches could not always take into account all possible side-effects. However, “the limitation of AI is that its predictive strength is based on the availability of high-quality data,” which can be difficult to come by. Without enough basic information, “the predictive power of AI falls off a cliff” and, in the rush to harness AI, it is easy to forget that, while “blockbuster” diseases such as cancer, Alzheimer’s and HIV have much available data, many that are highly complex or less prevalent do not.

Kurji says that coupling knowledge-based and structure-based research makes a “demonstrable difference.” His company focuses on “off-target” interactions of new medicines, which can lead to side-effects. He’s had some “powerful results” while using his platform to help researchers better understand the impact of whatever they’re working on — be it drugs and nutritional supplements or even cosmetics and personal-care products — and try to avoid possible side-effects.

“We believe that AI is amazing, it’s great, but in context,” he says. “By combining the two approaches, we can for the first time use a truly end-to-end computational method to find the best drugs, and shave months or years off of scientific discovery.”

AI must become “a way of thinking” in drug discovery, says Frey, at Deep Genomics. He calls it “integral to the culture” at his company, whose AI platform “supports all the different stages of drug development and can lead to the ability to unlock new classes of medicines.” That, he claims, is hard to achieve in big pharmaceutical firms. “You can’t bolt AI onto an existing way of doing things in a company, and expect good results.”

Beyond drug development, Frey adds, AI has the potential to reduce barriers all over the medical system. What’s ultimately needed is a “direct pipeline” between scientists and patients, allowing them to share data more effectively and rapidly, in collaboration with medical practitioners and with proper safeguards in place.

“If you talk to experts,” he adds, “you find that it’s not possible to imagine a future of medicine without AI.”