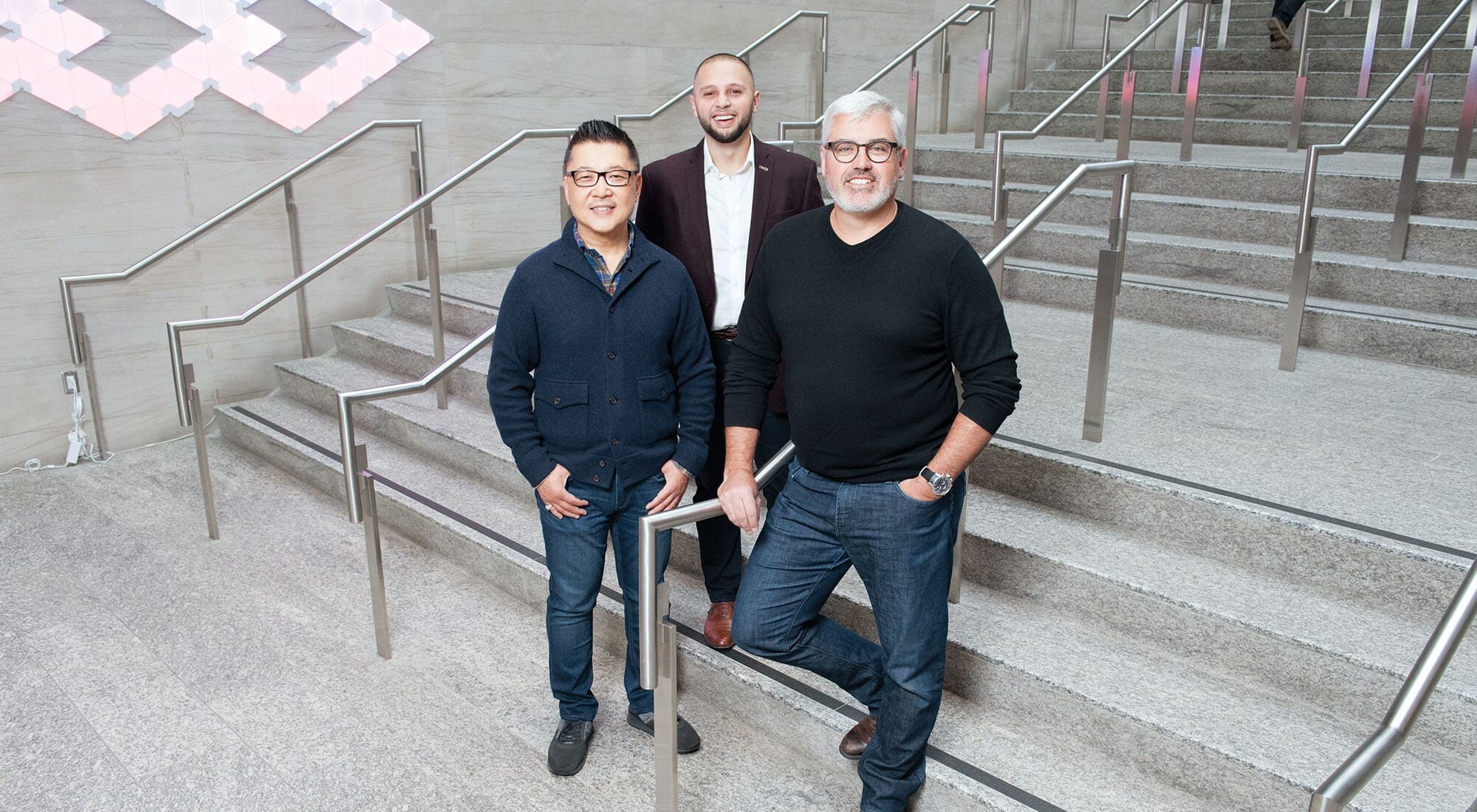 This difference gives us an edge in a world that is being rewired.

Artificial intelligence, blockchain and the sharing economy are changing human existence and reshaping society as we know it. While geo-economic centres are being rewired around these transformative innovations, geo-political narratives are becoming more turbulent, with the rise of nationalism and threats to free-market values.

As disconcerting as these developments are, they are giving Canada—in particular the Toronto Region—an advantage on the world stage. While others are turning inward, we have doubled down on our commitment to multiculturalism and diversity, creating fast-track visas for skilled tech workers.

It seems to be working. According to CBRE, Toronto is the fastest-growing tech market in North America. At a time when tech talent is a more valuable commodity than any natural resource, this region has built an enormous competitive advantage—attracting workers from around the world looking to live in a vibrant community that embraces difference.

This growth tells a story that goes far beyond simple job metrics. Call it our diversity dividend: More than half our ventures have at least one foreign-born founder, and a larger proportion of our ventures are led by women than in Silicon Valley. This diversity is reflected in the faces of the entrepreneurs profiled throughout this magazine.

Multinationals are also being drawn here. In September alone, more than $1.4 billion of investments in Toronto’s tech sector were announced by companies including Microsoft, Uber and Shopify. That’s just the tip of the iceberg.

How to explain this tectonic tech shift? We’d argue that it’s due to our collaborative and inclusive culture. Toronto innovation hubs like MaRS, the DMZ and OneEleven are working together to provide a fertile environment for young companies to grow. Hubs like these and others in the surrounding region offer prime real estate where entrepreneurs, business leaders and venture capitalists can co-locate, providing a natural networking platform that engages and empowers the community.

This magazine features more than 50 tech companies to watch in Toronto and the surrounding region. Many of these ventures are focused on socially beneficial verticals such as health, cleantech and technologies impacting the future of work and commerce.

Toronto’s attraction—and unique value proposition—is its approach to responsible disruption. That means supporting companies that can make an impact globally. And we have no shortage of them. Take, for instance, Wealthsimple, which is helping customers make the most of their money with an easy-to-use, low-cost investment platform. Founded four years ago, it already has $2 billion under management.

Spoonity has built a client engagement platform for restaurants and retailers that is rapidly gaining traction in South America, with almost 17 million transactions processed to date.

Meanwhile, companies like Opus One are bringing the era of clean energy closer. Its powerful software lets grid operators understand and manage the massive amounts of data needed to control a system powered by thousands of individual solar panels and wind turbines.

These and other ventures profiled in this magazine are just a small sample of Toronto’s burgeoning tech sector. As our ecosystem grows, so its impact will grow, too. That is good news for our region, for Canada and for the world.