“Disruption always comes from someone who doesn’t know the rules.”

Brendan Frey has spent his career pushing the boundaries of machine learning. And at Deep Genomics he’s closing in on treatments for rare disorders. 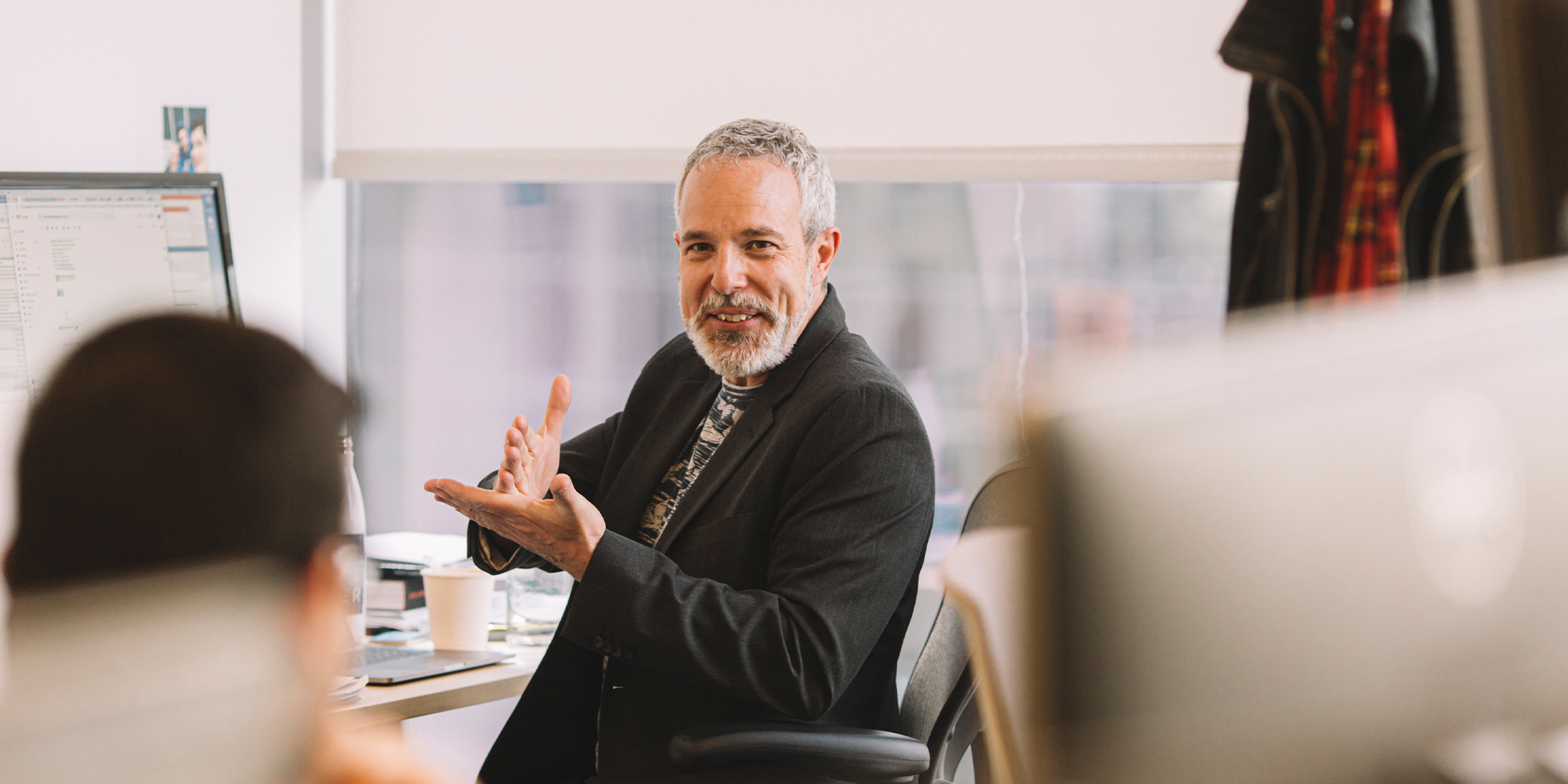 Brendan Frey has been a pioneer in artificial intelligence for close to three decades. Kate Rae spoke to him about his motivation to use AI to find medications for genetic diseases.

“The first drugs that were developed were done so by blind luck — scientists were essentially just throwing stuff at the wall and seeing what stuck. Insulin, for example, was the result of people stumbling across discoveries. Pretty quickly, though, all of the low-lying fruit had been plucked. And that’s where a lot of drug development stalled.

Cut to today, where incredible developments have given us the ability to see exactly what’s going on inside of cells, using genome sequencing, cell imaging and molecular biology techniques. The result is an abundance of data that’s literally doubling every year. But humans are really limited when it comes to doing anything with this amazing amount of data. Sure, we can balance two or three ideas at a time, but the 10 or more required to properly analyze data? We tap out. This is where AI comes in.

AI doesn’t have limitations, make assumptions or have biases. AI just analyzes data. I’ve been enthralled with everything it can do since the ’90s. I was one of the pioneers in the world of deep learning — I was one of the first people to train a deep neural network. In 2002, my wife and I found out that the baby she was carrying had a genetic problem, and it was gut-wrenching. So many people have faced this, and yet so few have been in a position to do anything. I decided then to set my sights on something that would be truly transformative for society. I wanted to use machine learning to figure out how the genome works, and to detect and treat disease.

Take Wilson’s disease, for example. It’s a genetic disorder in which excess copper builds up in the body. For the last 20 years, researchers have been trying to figure out how a certain mutation leads to it, and for that entire time, they’ve been going down the wrong path. Our AI system solved the riddle in a few minutes, was able to design 12 new compounds to correct it, and predict a number of other important factors in developing a new drug.

At Deep Genomics, we started by looking at diseases that have a simple genetic architecture, which means that if you have the mutation, you are definitely going to get the disease. As time goes on, we can increase the complexity of the disorders we look at, building up in a science-based way to more complex disorders.

This approach makes us outliers in the pharmaceutical community, which is a lot of business folks saying ‘ooh diabetes, there’s a big market there…’ But, if you look at disruptive companies over the years, usually they’re outsiders. It’s never the incumbent because they don’t know how to innovate. Disruption always comes from someone who doesn’t know the rules.” —as told to Kate Rae