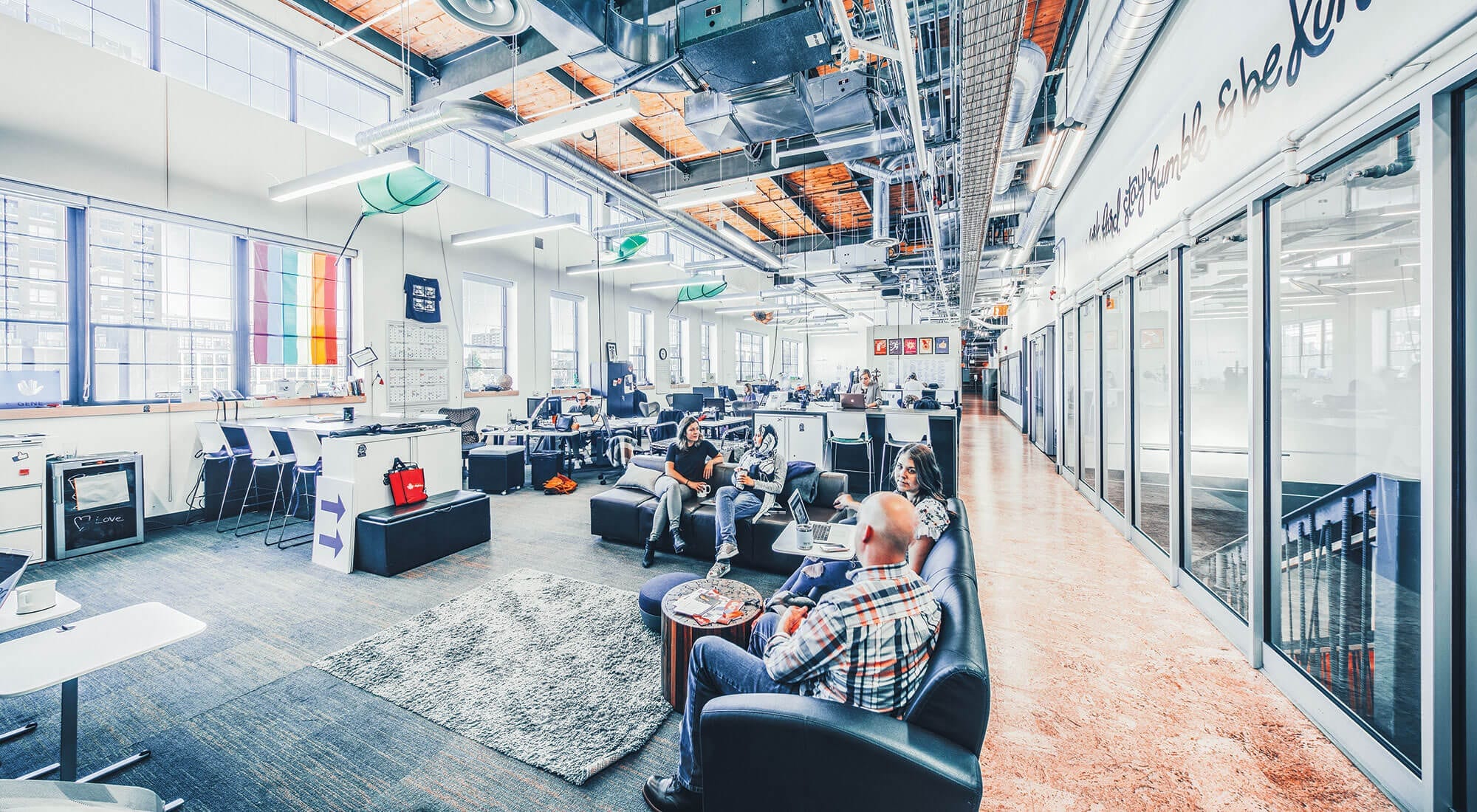 IN PARTNERSHIP WITH COMMUNITECH

In 2011, Michael Litt and Devon Galloway, newly exited from influential Silicon Valley incubator Y Combinator, were faced with the question of where to establish their fledgling video marketing analytics company, Vidyard.

The decision, as it turned out, proved to be not that difficult. The co-founders decided to return to their roots. To Waterloo Region.

“We looked at New York, we looked at Boulder, we looked at Austin, we looked at all the major tech hubs in the world, and at the time I don’t think Waterloo was as recognized as it is today,” explains Litt, Vidyard’s CEO.

“But we saw a clear indication in Waterloo Region of all the things that make us excited, and we saw all the things that we were looking for that we needed to compete as a company. It was a no-brainer decision, ultimately, to decide to scale the company here.”

Today Vidyard is one of many Waterloo Region tech success stories, and the region—the place that the Globe and Mail dubbed “Startup City” in a 2015 feature story—is today recognized the world over as one of the most important technology ecosystems on the planet.

It has the highest density of startups anywhere save Silicon Valley. It is home to eight of Canada’s largest technology companies, with combined revenue of more than $15 billion. This ecosystem includes giants like Google and OpenText, and more than 1,000 other tech-related companies. It’s a place recognized as a leader in the field of quantum computing, with research unfolding at University of Waterloo and backed, in part, by BlackBerry co-founder Mike Lazaridis.

“There are really two reasons why Lauren and I made the decision to start our company here,” says Mallorie Brodie, CEO and co-founder of Bridgit, which helps streamline communication and administrative processes for construction companies.

“The first is the engineering talent. The second thing is it’s extremely helpful to be able to collaborate with other companies that are at a similar speed in very different industries.”

Talent and ecosystem. Those are the two main ingredients founders repeatedly cite that set Waterloo Region apart from other centres and fuel its growth as a tech hub.

The talent pipeline is fed by more than 75,000 students at three post-secondary institutions—University of Waterloo, Wilfrid Laurier University and Conestoga College. Each school plays to a range of strengths. In UW’s case, co-op-based computer and engineering programs have become calling cards known the world over.

And as far as ecosystem, Waterloo Region’s mid-size population of about half a million, and its barn-raising, how-can-I-help ethos have become the secret sauce that savvy entrepreneurs have learned to cherish.

“There’s always somebody who is just ahead of you or just behind you in terms of stage of company,” explains Brodie.

“So, we are able to share any lessons we’ve learned with companies that are just starting up. Everyone seems to be only one or two degrees of separation apart in this ecosystem.

“That leads to conversations that really help us get to the next level as a business.”

Additionally, factor in Waterloo Region’s relatively affordable housing and close proximity to Toronto, its scale and its growing strength in AI, and you have a recipe favouring any would-be entrepreneur.

What’s it all mean? Just last year, Sam Altman, President of Y Combinator, in town to receive an honorary degree from University of Waterloo, said, “I think this is one of the most interesting startup hubs in the world.

“There are more YC companies probably within a kilometre of here than anywhere else in a square kilometre, besides the Bay Area, anywhere in the world.

“So, I expect that ascendancy to keep going.”