Power to the purchasers 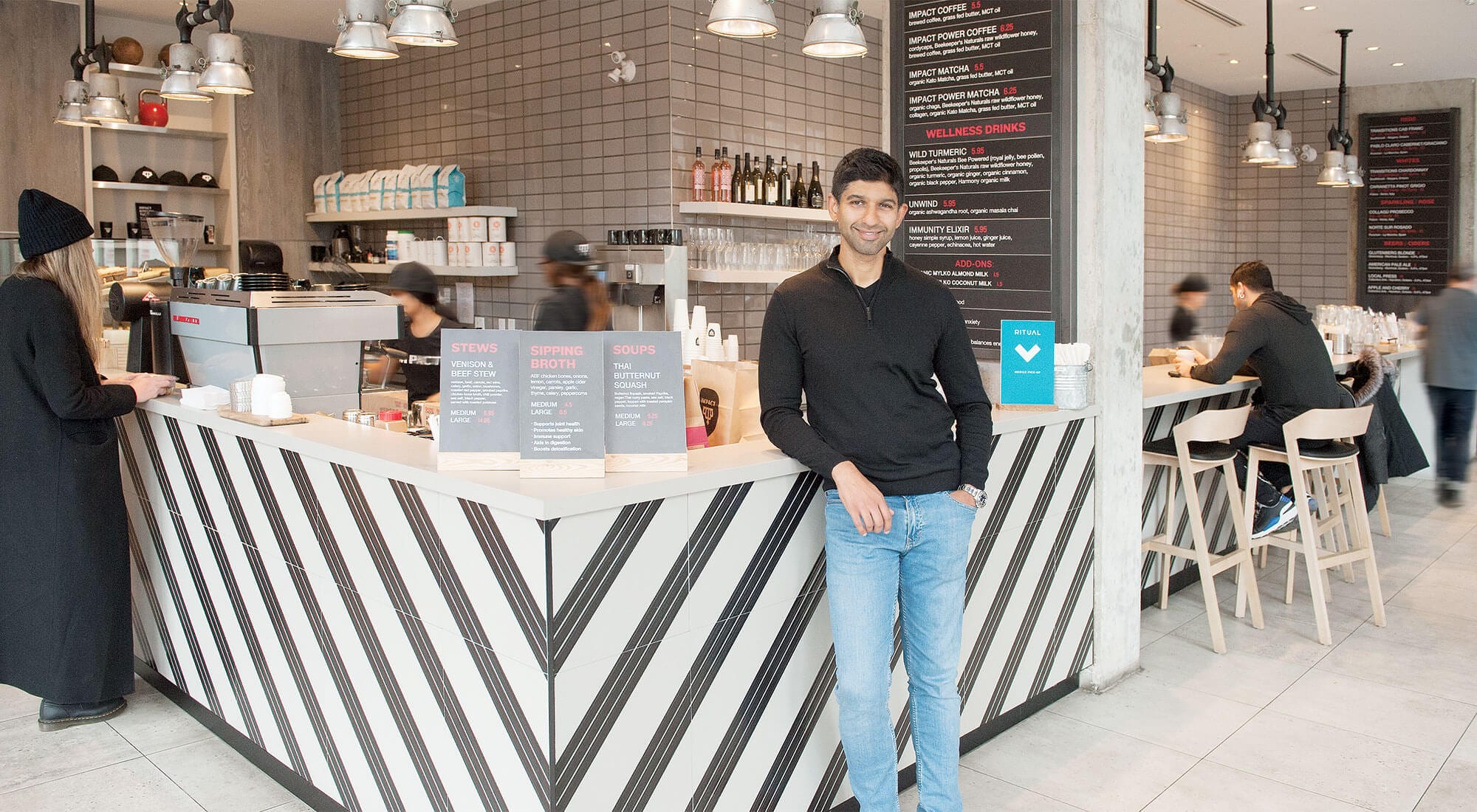 The long tail of disruption in the retail sector has now hit restaurants. What Amazon did to brick-and-mortar stores, food ordering apps are doing to dining establishments. Call-in orders and pick-ups are literally turning the tables on an industry already vulnerable to rising food and labour costs—impacting everything from interior design to food preparation processes in an effort to accommodate increased orders and deliveries.

Ritual has carved a lucrative niche for itself in this competitive field. Whereas most food app entrants focus on delivering meals to customers, it targets the lunch pick-up crowd. Ritual users place their order through the app with local participating restaurants—more than 3,000 of them in 10 cities across North America to date—pay in advance, and then skip the line to get their food. As Ritual CEO and co-founder Ray Reddy has noted, “It feels like it works everywhere, and that’s really what’s caused the success we’ve had today.”

Helping Ritual catch on is its Piggyback feature, which capitalizes on social networks that exist within workplaces. It lets a “team” of workers pool their orders, and then incentivizes one teammate to pick up the meals by giving them redeemable points. The company has processed more than five million orders to date, and investors have taken notice: In June, Ritual raised US$70 million, in addition to US$43.5 million raised in 2017.

Reddy believes on-site ordering will soon dwindle to 20 per cent—no surprise given that Ritual has been asked by chefs and developers alike to help redesign restaurants and food courts to adapt to the new food pick-up culture it’s helping to drive.

Whereas Ritual targets small but frequent purchases, other startups are helping retailers move big-ticket items such as appliances or cars. Flexiti is operating at the other end of the commerce spectrum, providing point-of-sale financing through its mobile application process. Customers can apply for financing in-store and online, and if approved, have immediate access to a private label credit card without any paperwork.

In June, Flexiti struck a deal with TD Financing Services Inc. to buy its Canadian private-label credit card portfolio for $250 million. That transaction transformed the company into one of the largest private-label credit card issuers in the country, giving it access to more than one million credit card customers and bringing its total network of business locations to 3,500. The deal was backed by a $350-million credit facility led by Credit Suisse AG, and a $50-million equity investment by Globalive Capital.

TruRating is also targeting the point-of-sale process, but their objective is to give retailers immediate customer feedback. TruRating is integrated into a retailer’s payment-processing software and asks customers to rate things like customer service and value on a scale of zero to nine. Because of its simplicity, roughly 90 per cent of customers take the extra seconds to provide feedback.

Founded in the UK by former lawyer Georgina Nelson, TruRating opened its initial Canadian sales office at Ryerson’s DMZ four years ago. One Canadian grocery chain recently deployed the TruRating service on a pilot project, and a store manager quickly noticed dips in customer satisfaction at certain times of the day—when staff were changing for breaks. By making simple schedule adjustments, the location saw a big improvement in customer reviews. As Nelson has said, “[Real-time ratings are] such an easy way for consumers to have their say and be listened to, and for merchants to respond and improve.”