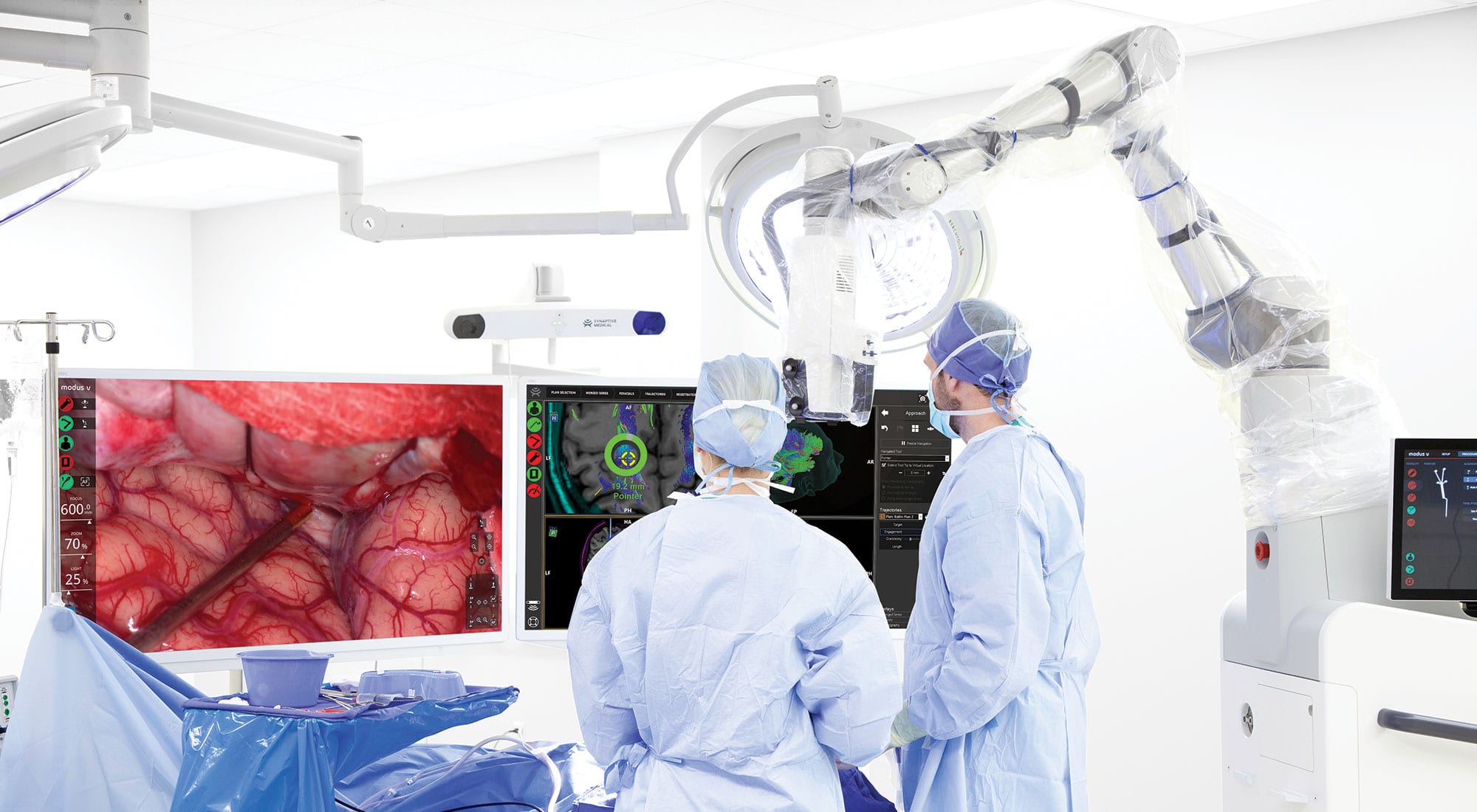 Today’s surgeons have actual superpowers, able to operate on areas so small, they’re invisible to the human eye, thanks to the latest innovations from some Toronto-based medical device startups.

Precision equipment for surgeons “raises everyone’s game” in the operating theatre, according to Damian Lamb, managing director of Genesys Capital, one of Canada’s largest venture capital funds focused on healthcare.

Take Synaptive Medical Inc.—scientists at its labs in downtown Toronto have developed technology that combines the power of magnetic resonance imaging with robotics to allow surgeons to operate on miniscule areas of the brain that are normally off limits. When using the company’s technology to operate, doctors’ incisions are much smaller than conventional surgery, leading to higher precision, better outcomes and faster recovery. Not to mention lower costs for healthcare providers and insurers.

“What we bring to the table is the ability to find efficiencies in one of the most expensive venues of care in the hospital: the neurosurgical department,” says Synaptive co-founder Cameron Piron, a veteran tech entrepreneur who plowed profits from previous startups to help get Synaptive off the ground.

Formed in 2012, the company, still privately held, has grown from six employees to over 250 and has already racked up market approvals from jurisdictions around the world. BrightMatterTM, its flagship product, is now used in more than 40 hospitals in Canada, the U.S. and Thailand. The company plans to disclose the name of its first European customer before the end of the year.

With a growing list of accomplishments, the company has drawn investments from several larger institutional funds and a private equity firm.

Profound Medical Corp., another startup, based in Mississauga, Ont., is taking smart surgery a step further. It’s developing robotic technologies to treat prostate cancer, one of the most common forms of cancer in men. Formed in 2008, it went public on the TSX Venture Exchange three years ago and since then, has successfully raised more than $40 million.

Its lead product, TULSA-PRO, uses a miniature robotic tool delivered through the urethra to target diseased cells with blasts of ultrasound. The surgeon places the device and sets the process in motion, TULSA-PRO does the rest—closely monitored from a console showing real-time magnetic resonance imagery of the procedure, displaying the tool’s precise location in relation to the patient’s prostate. This represents a huge improvement on conventional treatment, which often comes with side-effects such as impotence and incontinence.

“Something like this changes surgery altogether,” says Lamb, whose fund owns a stake in Profound.

“We are creating a tomorrow where physicians can precisely and confidently [cauterize] diseased tissue,” says Natalia Burachynsky, product manager at Profound.

The TULSA-PRO is already marketed in Europe, and the company is currently awaiting results of an ongoing clinical trial before applying to the U.S. Food and Drug Administration for approval to market it in the U.S. With favourable results, Profound Medical could receive the green light as early as the end of 2019. Given prostate cancer’s prevalence—an estimated one in seven men globally are diagnosed during their lifetimes—the need, and the opportunity, is enormous. “It’s a big one,” says Burachynsky.