The future of farming: a growing appetite for AI 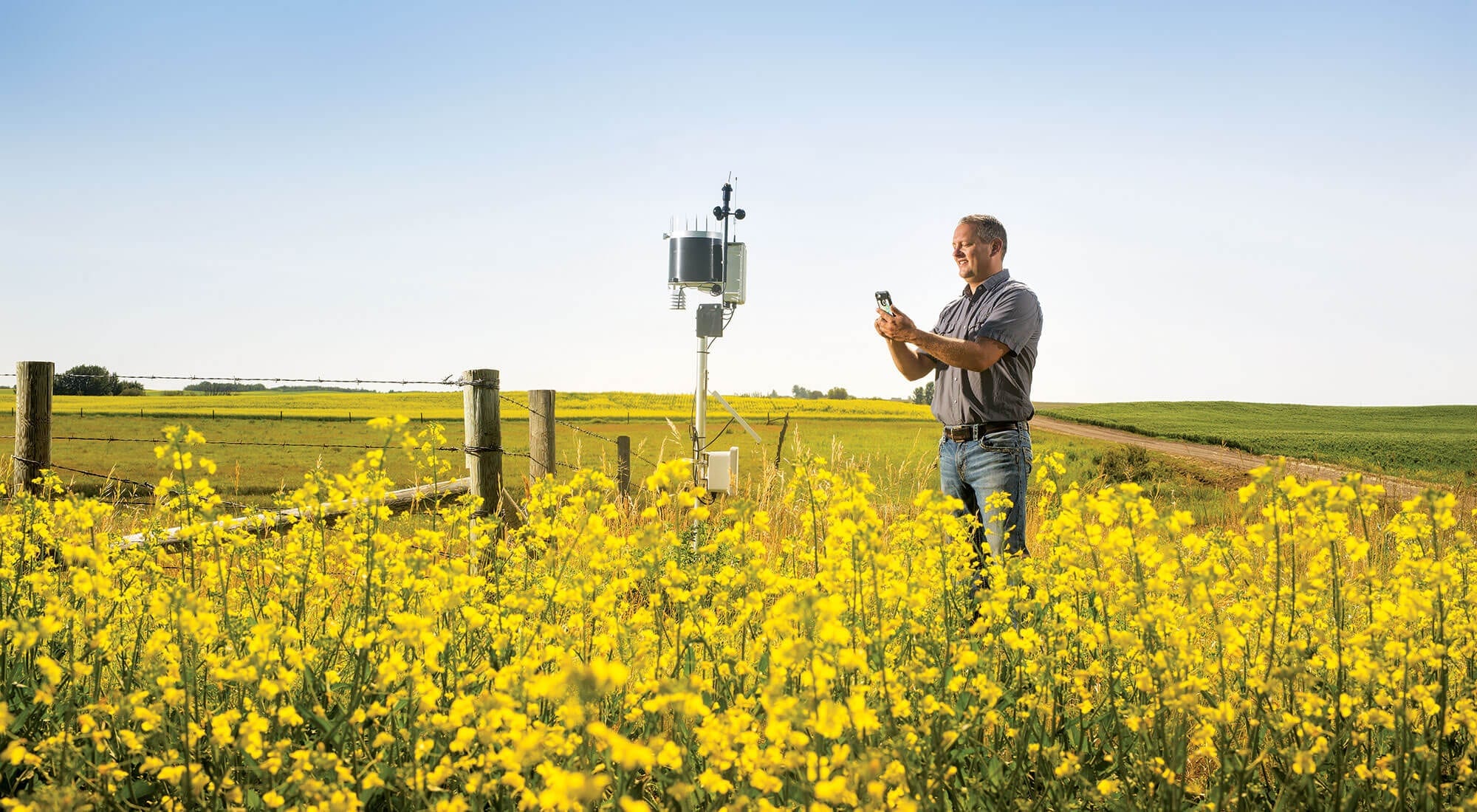 Food producers today have a lot on their plate, but it’s not always appetizing. With a growing population and increasingly volatile climate conditions, feeding the world is no small task. It has always been fraught with difficult decisions based on instinct and guesswork, but there’s some good news on the horizon. New technologies are arming land- and sea-based food producers with data, so they can make informed decisions that increase yields.

As a farmer, Richard Marsh faces up to 50 fateful decisions per cropping season. For example, which parts of a field need fertilization and which don’t. Today, he can’t imagine growing his crops without the guidance of a web-based tool and mobile app from Winnipeg startup Farmers Edge. The service monitors soil conditions, weather and other variables, applies predictive modelling and machine learning, and gives growers the info they need to be more profitable and sustainable—a strategy Marsh liked so much that, well, he didn’t buy the company, but he did start working for it in 2016. (He continues to maintain a farm on the side.)

Successful farmers still base 90 to 95 per cent of their choices on gut feeling and experience, says Marsh, the company’s global digital agronomy lead. “But, boy, if we can help them with that last five or ten per cent, then we’re really doing our job.”

When Farmers Edge started in 2005, it offered a traditional boots-on-the-ground agronomy service. Today, with weather stations placed every 2,500 acres where it has clients and telematics from equipment, satellite imagery and soil sampling, it supports in-season adjustments and year-to-year planning. With over 650 employees, and clients in Canada, the U.S., Brazil, Australia and Eastern Europe, Farmers Edge serves 33 million acres globally.

Technology is also transforming decision-making at sea. Quebec City-based XpertSea is an emerging leader in aquatech—an area that lags behind agtech because monitoring water-based organisms, especially small ones, is difficult.

XpertSea combines sensors, computer vision and artificial intelligence to solve that problem. Shrimp hatcheries, for example, traditionally conduct sales by hand-counting one thousand miniscule larvae, and then visually estimating the rest based on that sample. But the error rate is as high as 40 per cent. With the company’s XperCount system, hatcheries can count organisms and also analyze their size and health. Such accuracy also reduces feeding costs and helps determine when treatment is needed. In a market where a 50 per cent survival rate is common, XperCount can boost yields to 80 per cent.

Marine biologist Valérie Robitaille was doing her master’s when she got the idea for XpertSea. She and three others co-founded the company in 2012. It now has customers in 48 countries, including Vietnam, India and Indonesia, and earlier this year raised $10 million in venture capital to refine its technology and expand support for more species. “Aquaculture has the potential to be a protein source for the future that’s really sustainable,” says Robitaille, the company’s CEO. “We have a lot of work to do but we’re definitely getting there.”