These startups are using data and AI to disrupt marketing 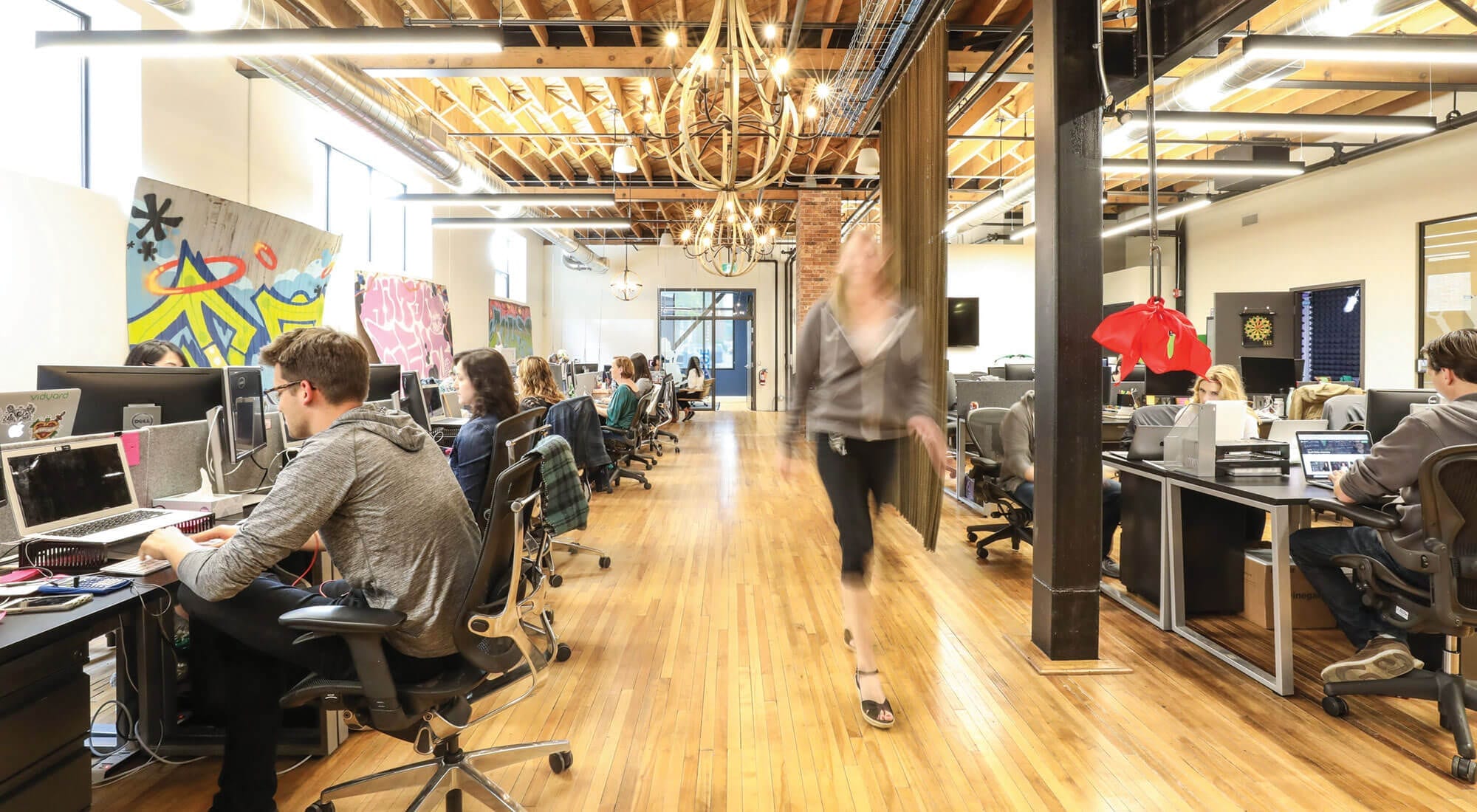 When it comes to the art of the sale, it pays to consult data science. Marketing in any sector is all about connecting with your target audience. And to do that you need insights about who they are, what they want and need, and most importantly, what makes them tick. Today’s startups help brands do just that, driving tailored content and products to consumers that keep them interested, engaged and loyal.

Unlocking the value in video

There are billions of reasons why Vidyard is aiming to become Canada’s next billion-dollar tech company.

The fast-growing online video marketing industry reached an estimated US$135 billion in value in the U.S. in 2017, coming within striking distance of the combined US$154 billion spent on digital and television ads, according to Forbes.

With online video eating up an ever-larger share of corporate marketing budgets, Vidyard—whose video analytics software helps companies understand their clients and drive sales—holds a prime seat at the feast.

Launched in 2011 by University of Waterloo classmates Michael Litt and Devon Galloway, Vidyard earned a coveted place at California’s Y Combinator accelerator that year. They graduated with $1.65 million in seed investment from a group of Silicon Valley veterans, including YouTube co-founder Jawed Karim.

But, instead of staying in the Valley, Litt and Galloway returned to the Communitech Hub in Waterloo Region to start building their company—a bold decision that inspired a string of young entrepreneurs to follow suit and energized the region’s startup scene.

Vidyard went on to raise more than $60 million in venture capital, including an $18-million round in 2015 from Salesforce Ventures and Bessemer Venture Partners, the Silicon Valley sages who backed LinkedIn, Pinterest and Shopify.

Litt says Bessemer made the deal despite being unfamiliar with the Waterloo Region tech scene, thanks to Litt’s assessment of the potential to grow Vidyard into a billion-dollar company in its hometown.

“Waterloo is great for so many reasons, but the common denominator comes down to the University of Waterloo,” says Litt, whose company employs about 230 in its downtown Kitchener office. “If you look at the new companies created here in the last 30 years, you’ll see that many of them started as undergraduate research projects at UW. Not all of these projects succeed, which creates a broad talent pool to feed the companies that do.”

Gary Saarenvirta is no wallflower. The founder and CEO of Daisy Intelligence has a clear goal for his startup: become a global company.

“We’re constantly looking for new clients in new industries and in new geographies,” he says.

Powered by machine learning, the company’s software brings big-data insights to its clients’ operational and marketing challenges. It can, for example, tell a grocer how much money it would make if it put eggs on the cover of a flyer.

An engineer by trade, Saarenvirta founded Daisy after seeing how little the business world uses data when crafting strategy.

As large companies become more complex, with millions of customers and a wide range of services, they are increasingly turning to tech like Daisy’s to make sense of the vast amounts of information they generate.

“We have a proven track record,” says Saarenvirta. “If we don’t grow your net income, we don’t deserve your business.”

Growth aside, Saarenvirta believes Daisy has a higher purpose: “Our mission is to generate wealth and reduce poverty. When companies are more profitable, they make positive impacts across society.”

With eyes constantly on the future, it helps to have that kind of vision.

A taste of the future

Watching the Spanish-speaking staff of a Guatemalan coffee shop use the app he built is a moment Max Bailey won’t forget. Although he didn’t fully understand their feedback, he saw clearly that it was working and that his product was having an impact. This was the rewarding moment he could only envision when he launched Spoonity five years ago with co-founder Myron Gomes.

Spoonity is a powerful app that bundles multiple services aimed at helping retailers and restaurants grow their businesses—everything from loyalty programs and mobile ordering to payments and digital marketing solutions. And customers are eating it up. Today, Spoonity does business in 10 countries and three languages, facilitating 75,000 transactions a day—a new milestone for the company.

Bailey, a serial entrepreneur since high school, flies south a lot these days, pushing his product into new markets. “China’s transformation from a cash-based society to a digital one was swift,” he says. “We believe that Latin America is similarly poised for this massive shift, and we’re trying to position ourselves with some of their biggest merchants.”

It’s clear that Spoonity’s current success is just a taste of what’s in store for this fast-growing company.

Selling new products into the healthcare system is arduous: regulations are strict, doctors are pressed for time and hospital budgets are strained.

That makes it difficult for life science companies to commercialize life-saving products—even after spending decades and millions of dollars developing them.

Salespeople face the tough task of needing to thoroughly understand their product and know which sales messages will be effective, while also ensuring they don’t stray outside the bounds of regulatory compliance.

ACTO is a SaaS platform for the life sciences industry that consolidates mobile learning, sales enablement, field coaching and compliance management. It helps sales reps stay on message and gives senior leaders insights about their customers and teams, while its predictive insights feature follows the patterns of high-performing salespeople and recommends their sales messages to underperforming reps.

“This helps turn B players into A players,” says Parth Khanna, CEO of the company.

ACTO has over 40 customers around world and is backed by top Canadian VCs, including MaRS IAF, Extreme Venture Partners, Panache Ventures and Innovation Grade Ventures.