As big salaries lure top tech talent south, Canadian startups are battling it out in the War for Talent 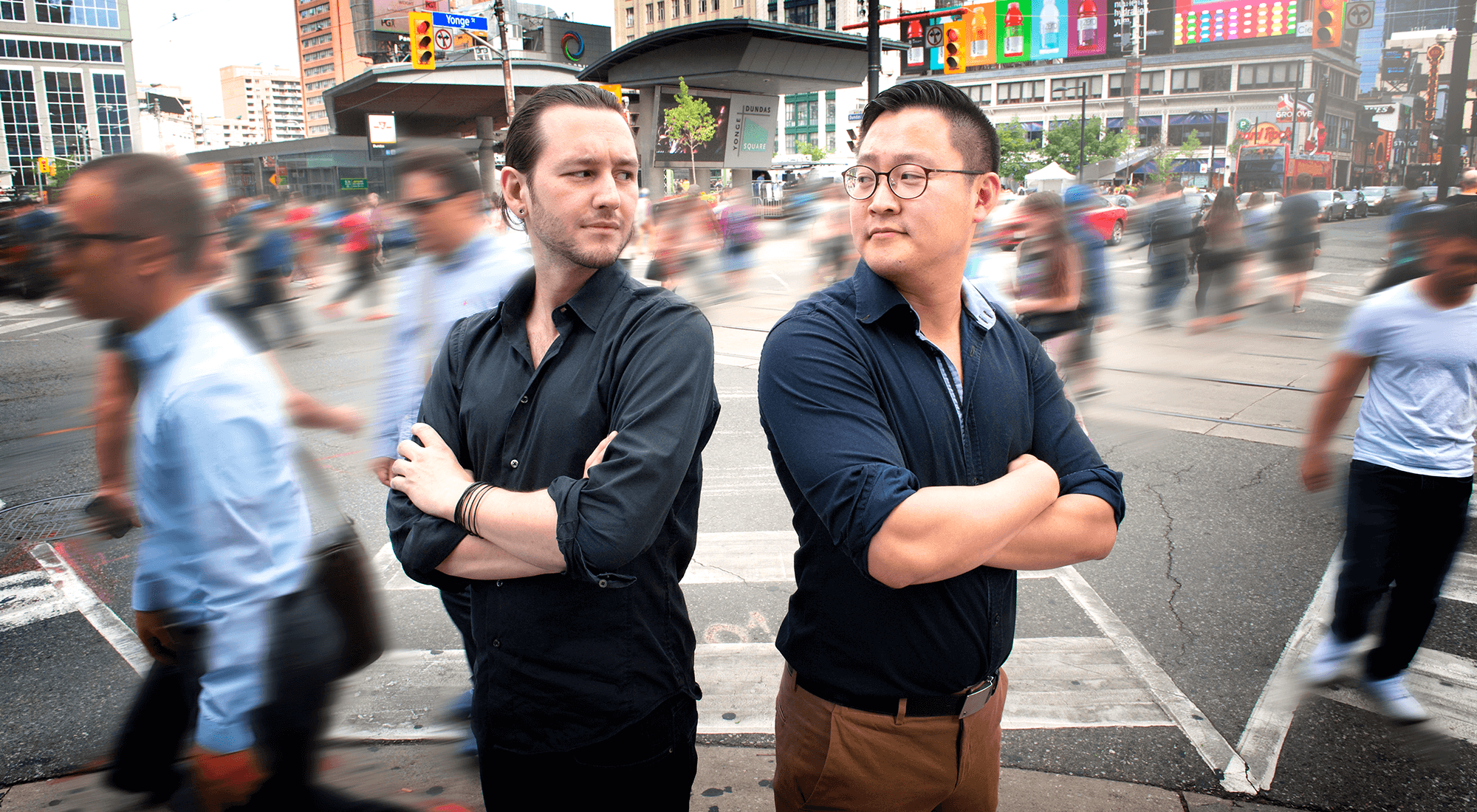 As Chris Bryson, the founder and CEO of Unata, scales his five-year-old e-commerce loyalty services firm, he is keenly aware of the sword of Damocles that hangs over the 40-employee startup.

He knows that whenever he hires a talented young software developer, the person’s LinkedIn inbox will quickly fill with solicitations, including some from headhunters working for U.S.-based firms or global tech giants that can easily out-bid his company on salaries and benefits.

“To me, it’s not that different than retail,” he says. “You’re not necessarily always competitive on price.”

Indeed, many Canadian graduates and talented younger tech workers are lured south by U.S.-dollar compensation packages, the allure of working in San Francisco or Silicon Valley, and the prospect of hitching their careers to firms on meteoric growth trajectories. “When someone leaves, it’s almost like being broken up with,” says Gimmy Chu, co-founder and CEO of Nanoleaf, the Toronto-based developer of ultra-efficient LED lighting.

For startups that depend on employee creativity, the brain drain can strike in every corner, especially in sectors like information and communications technology, health and cleantech. We’re talking about engineering talent, data scientists and researchers, observes MaRS vice-president for talent Joanne Thomsen, who has been piloting a venture talent program at MaRS.

Few dispute the financial imbalance. “Money and opportunities are the reason 90 per cent of Canadians head to the Valley,” says University of British Columbia graduate Ricky Gu, who ran his own startup before moving to the U.S. to work as a senior software engineer at FullBottle, a crowd-sourcing platform for advertising creative.

“The pay is twice what it is in Canada.”

Lifestyle factors also play a role. “I’m from Toronto, so skipping winter is very appealing,” adds Michael Caputo, an engineer at Evidation Health, in San Francisco. “I’m also a cyclist and a runner, so being able to do both those things through the year in very mild weather is another plus.”

Yet it’s increasingly clear that the talent has begun to flow in both directions.

In fact, according to a report from the Silicon Valley Competitiveness and Innovation Project, the storied California tech hub has lost more residents than it gained in recent years, as the high cost of living, quality of life issues and opportunity gaps for minorities are making rivals, such as the Toronto-Waterloo tech corridor, more appealing.

Other factors, relating to family, future opportunity and a sense of national loyalty, are also at play. Toronto native Ian Logan, who works in San Francisco as an engineering manager at accommodation disruptor Airbnb, says that, when he left school in 2008, he had a clear understanding of the importance, for his career, of spending five to 10 years with a high-growth firm.

With that experience under his belt, he finds himself looking northward. “One of the draws to return to Toronto is family and friends,” Logan allows, “but I also feel that I can bring a lot to technology in general back home in Canada. I can see that happening within the next two years.”

“For myself, I was able to gain enough context in the Valley to come back to this ecosystem and make a difference,” says Amar Varma, general manager of mobile in Toronto for California-based Pivotal Software, Inc. “That’s been helpful, because I don’t have that chip on my shoulder. I understand how they work; they’re people too.”

To attract either grads or those returning north, Canadian startups should foster a culture that allows employees to tackle tough problems, and work closely with colleagues who are both talented and collegial.

Unata’s Bryson says he looks to provide those sought-after hires with plenty of responsibility, and makes certain to check in with employees regularly.

“The first couple of hires are really, really important,” he adds, noting that they can create a virtuous circle by establishing the culture of the operation.

Thomsen urges startups to make it clear to new recruits that they will have significant learning opportunities and the chance to greatly impact the company’s growth. Also, due to the small size of these firms, they will invariably participate in decisions that extend beyond their specific expertise. “It’s exciting, to be a part of a high-growth venture,” she says.

When it comes to compensation, universities are telling graduates they should look at all elements of a package, including benefits and options-based profit-sharing. Bryson says Unata closely monitors compensation levels in the industry and seeks to remain close to average levels, although he’ll aim to make counter-offers for employees who seem to be straying.

Heather Galt, a former Kik Interactive manager who now heads the talent initiative for Communitech in Waterloo, urges startups to establish mind share with potential recruits by making sure they are visible in their own communities, either through involvement in charitable events, hackathons, meet-ups or other activities meant to build their corporate brands.

She also says startups can think about other ways of offsetting the compensation differential, using inducements such as flexible hours, telecommuting or other career-advancement opportunities.

Thomsen adds that, when startups are looking for new talent, the founders must be actively engaged in the hiring process. “The CEO is in the best position to convince candidates to join the organization by sharing their startup story and vision in a passionate and compelling way.”

Ultimately, a young company’s brand equity is so intimately linked to its people that its reputation is paramount, and represents a crucial ingredient in the war for talent.

“Treat your people fairly,” advises Gimmy Chu. “Some startups are run by young, inexperienced people. You want to make sure they feel they’re being treated fairly, which will help create trust — and retention.”