York Region: Where tech companies go to scale up 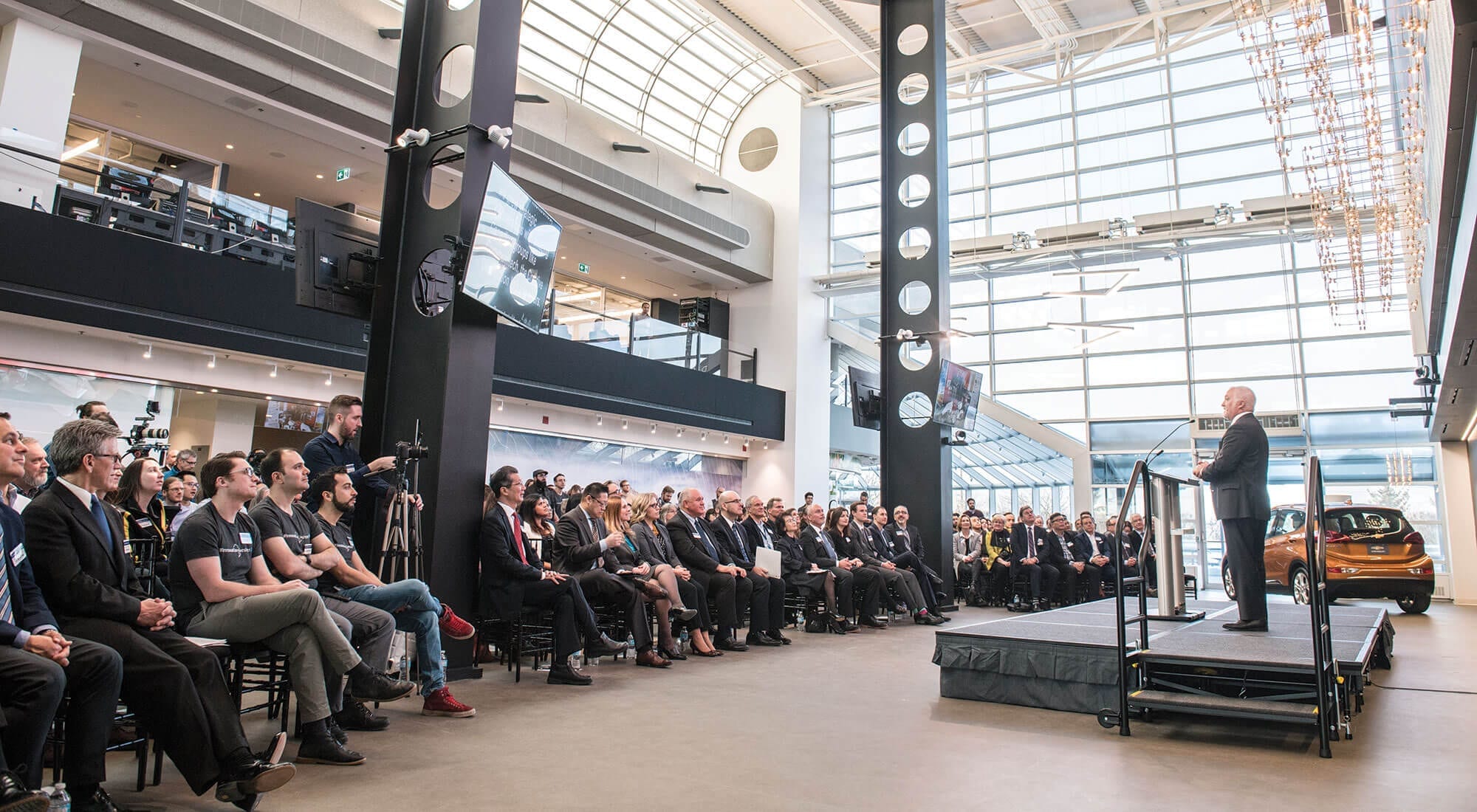 IN PARTNERSHIP WITH YORK REGION

When General Motors chose a location for its new Canadian Technical Centre, it chose York Region’s City of Markham because it’s the “tech capital of Canada,” according to Brian Tossan, director of the facility.

The 150,000-square-foot research and development centre officially opened in January and will employ 700 engineers and software developers when it reaches capacity, making it Canada’s largest autotech hub.

York Region offers “opportunities to look for partnerships to further expand GM’s ecosystem” because it’s home to one of the largest tech clusters in North America, says Tossan.

Second only to Toronto as a Canadian tech centre, the region boasts 4,300 tech companies across its nine cities and towns, which include Markham, Vaughan, Richmond Hill and Newmarket. Many of those companies are industry leaders—both global names, as well as Canadian scale-ups.

Synergies between large and small

Synergies between large multinationals like GM and homegrown startups make York Region a great place for small businesses to grow into big ones, explains Melissa Chee, president and CEO of ventureLAB, a non-profit regional innovation hub.

“Some of our most successful companies grew and scaled because of early revenue from global customers,” says Chee. “York Region has a wealth of global multinationals, including companies like Celestica, AMD, IBM, GM and GE. Companies like these partner with startups and scale-ups, who have emerging technologies, to meet customer demands more quickly.”

“(York) is more of a family community, it’s not like downtown,” he says, explaining that as workers become more established in their careers, they need space to build families.

With a population of 1.2 million, the area is one of Canada’s fastest-growing regions, with 1.8 million people expected to live there by 2041, according to government projections.

An experienced talent pool has been essential for growth at Daisy Intelligence, located in York Region’s City of Vaughan. The company uses artificial intelligence to analyze big data for its customers, helping them become more efficient and increase profits. Daisy started with two staff members and now has 50. More growth is expected in 2019.

“The most important thing for us is having access to talent,” says founder Gary Saarenvirta.

Daisy’s office is near Highway 407 as well as the Toronto-York Region subway extension to the emerging Vaughan Metropolitan Centre. That makes it accessible for recent grads, who tend to come from downtown Toronto, as well as 30-somethings, who live locally or drive in from other locations.

“Convenient access is why we chose the current location,” says Saarenvirta. “It’s a perfect hub spot for our salespeople, who travel quite a bit. We’re 20 minutes from the airport.”

Traditionally known as a suburban location with detached homes that appeal to families, York Region is becoming an urban-suburban hybrid, with a mixed housing market, walkable neighbourhoods and transit options that attract a diverse workforce.

Over the last four years, more than 20,000 new condo apartments were sold in York Region, according to BILD, an Ontario-based association of home builders. York is second only to the City of Toronto for new condo builds in the Greater Toronto Area.

These increasing urban housing options are attracting younger professionals and new Canadians, making it a rich source of talent for companies that know a diverse workforce is a competitive advantage.

York Region’s tech companies attract grads from universities and colleges across the Toronto-Waterloo corridor and beyond. But the region has special relationships with York University, Canada’s third-largest university, and Seneca College, a school of applied arts and technology with several campuses in the area.